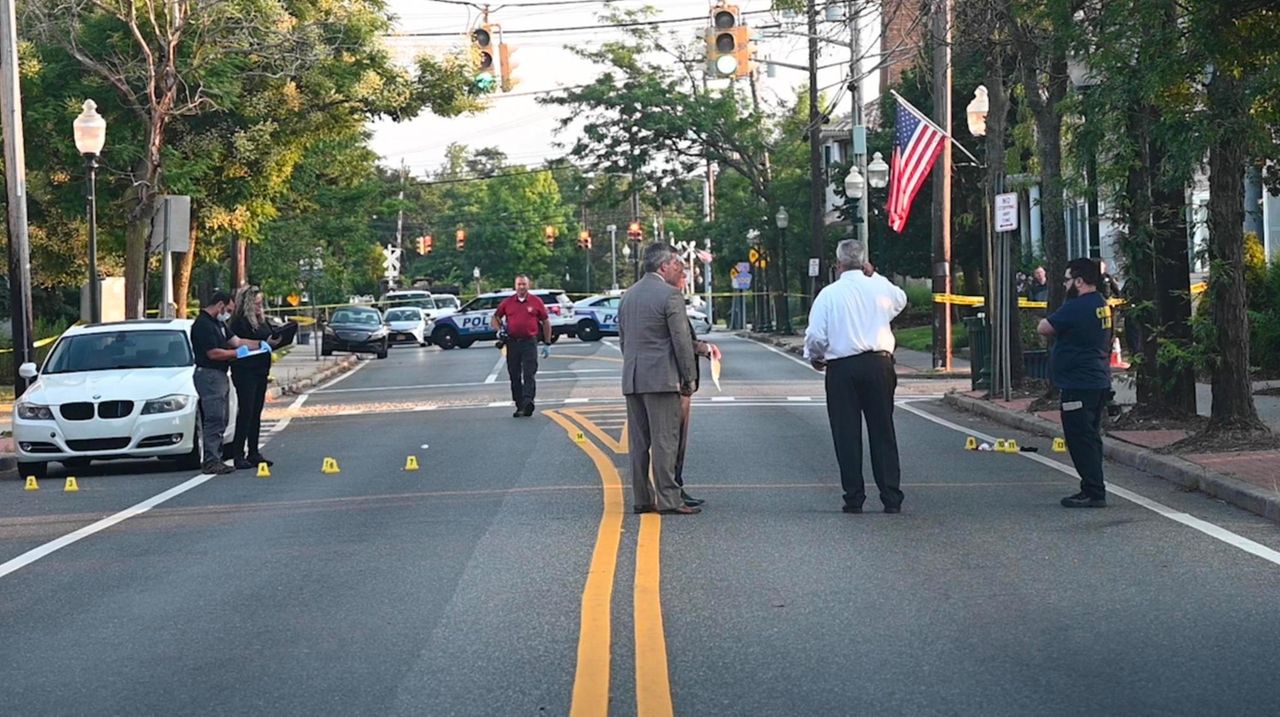 On Monday, Suffolk County police said one man was fatally shot outside a restaurant in Central Islip and that the alleged shooter is in custody. Credit: James Carbone

A man is dead and another is in custody after a dispute between two acquaintances in Central Islip ended with one being shot, police said.

Authorities said the shooting occurred outside Mi Nuevo Encanto, a restaurant and bar at 65 Carleton Avenue, just after 1 a.m. Monday.

Suffolk County Police Chief Stuart Cameron said the dispute between German Ramirez, 31, and Ismael Rodriguez-Rosado, 27, started inside the bar, then spilled out onto the sidewalk.

Officers arrived at the scene to find Ramirez in the street, then pursued Rodriguez-Rosado who authorities said fled the scene. Police said Rodrguez-Rosado also discarded the gun out of a car window, which authorities later located with the help of a K-9 unit.

Cameron said despite the help of two witnesses at the scene who attempted to aid the victim, Ramirez, of Bay Shore, was taken to South Shore University Hospital in Bay Shore where he was pronounced dead.

"I'd like to again acknowledge the help that our department and those individuals received from the people of Suffolk County," Cameron said during a news conference. He said while two witnesses were attempting to help Ramirez, they were hit by a car, but only received minor injuries. Cameron said the driver remained on the scene.

Rodriguez-Rosado, of Washington St., was charged with second-degree murder and is being held pending arraignment Tuesday at First District Court in Central Islip.

Earlier Monday, Det. Lt. Kevin Beyrer said investigators are "looking into the connection" between the victim and shooter and said police are looking at potential gang affiliations.