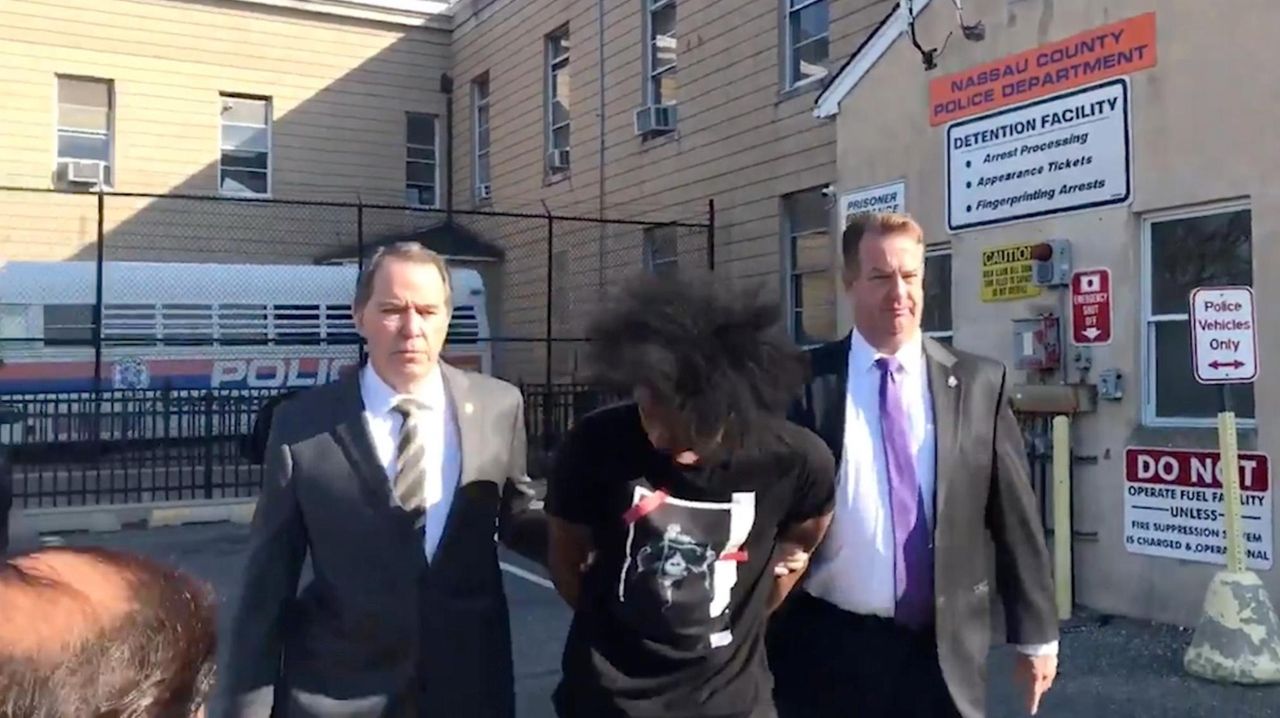 The driver in a "super reckless" fatal high-speed chase earlier this week pursued the other vehicle from Valley Stream to Hempstead Village because his ex-girlfriend was a passenger, prosecutors said Wednesday.

A verbal dispute had ensued early Tuesday morning between the group before the five-mile chase on local streets and the Southern State Parkway, said Det. Lt. Stephen Fitzpatrick, commander of the Nassau police homicide squad.

King, 23, of Valley Stream, was charged with second-degree manslaughter and arraigned Wednesday morning at First District Court in Hempstead in a courtroom packed with friends and family for him and for Hayes, a father of two young daughters who was killed in the crash.

Police said King, driving a 2009 Audi, rear-ended Hayes' BMW on Baldwin Road in Hempstead, sending the vehicle crashing into a fire hydrant, and then a tree. Hayes was declared dead at the scene.  The woman, whose identity has not been disclosed, remained hospitalized in serious condition Wednesday morning.

Dellinger said Wednesday that King has two prior domestic incidents involving his ex-girlfriend,  but it was not clear whether he  was arrested in those instances. Massell granted a one-year stay-away order, prohibiting King from going near or contacting her. Police said the men were acquaintances but did not provide details about their relationship.

King’s Rockville Centre attorney, Michael Dergarabedian, said his client is a Nassau Community College basketball player scheduled to graduate in May who has no criminal record.

“He’s got a lot of support here today,” the lawyer said. “Accidents happen.”

“I feel bad for the family,” he said. “I’m deeply sorry for their family’s loss.”

The mother of Hayes' daughters cried out, "My baby's father!" several times outside the courtroom, according to his aunt-in-law, Kimberly Phillips, 41, of Freeport.

Phillips said her nephew has a 2-week-old daughter and a 2-year-old daughter who attended the arraignment with other family,  still reeling from the death of Hayes' grandmother five months ago.

“He was a son, he was a father,” Phillips said outside the courthouse. “They’re devastated right now and they want justice.”

Cops: High-speed chase ends in death, 1 arrestThe high-speed chase lasted at least about 5 miles, with the two men pursuing each other on the Southern State Parkway before reaching Baldwin Road, police said. Crime in Nassau and Suffolk, 2006-2017 There were 35,503 violent or property crimes recorded on Long Island in 2017 by the state's Division of Criminal Justice Statistics, a 5.7 percent decrease from 2016.