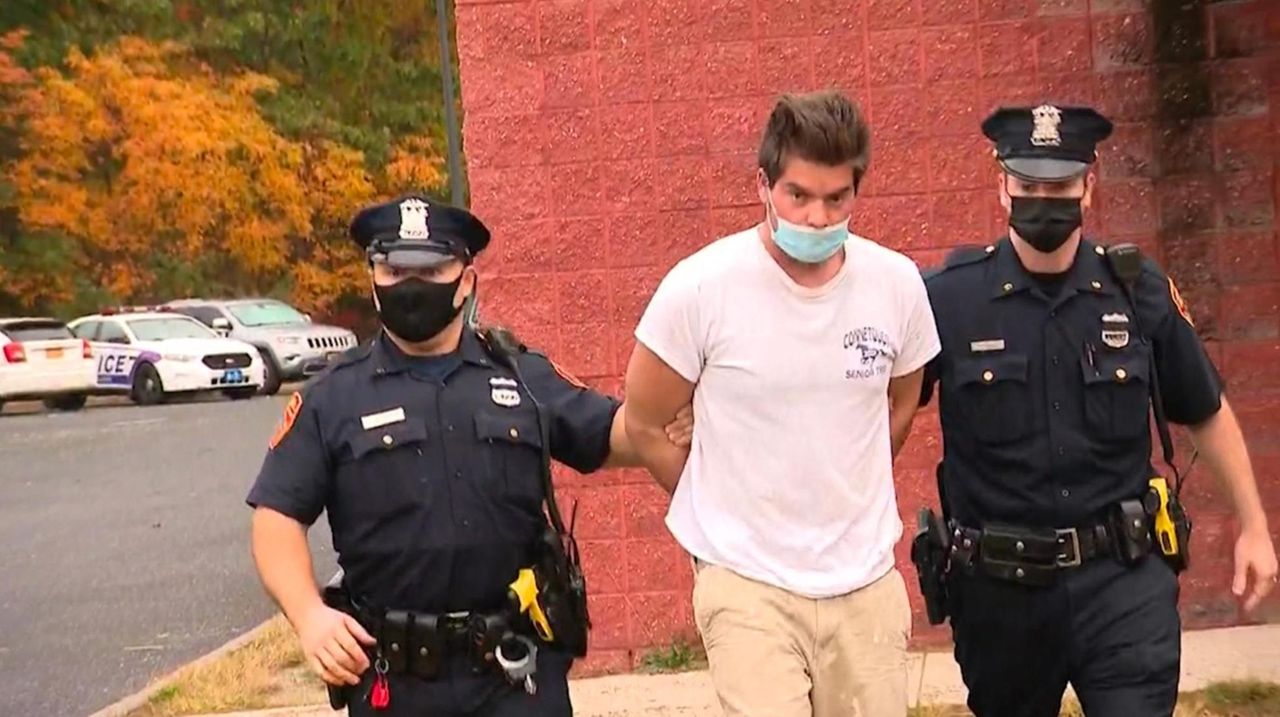 A Bohemia man raped and exchanged graphic sexual images with two 13-year-old girls that he met on Snapchat, including one incident that occurred while the suspect was on home confinement after his arrest in May on child pornography charges, prosecutors said.

Acting Suffolk County Supreme Court Justice Chris Ann Kelley held Sullivan on $500,000 bail or $1 million bond and issued orders of protections for three underage victims. If convicted of the top count, he faces up to 20 years in prison.

"This is a very disturbing case," Sini said. "This defendant used Snapchat and other means to prey on children. And this is a stark reminder for all the parents out there: if you can't effectively monitor your child's use of a particular social media platform do not allow them to use it."

Peter Mayer, Sullivan's defense attorney, said his client works in a boat yard, has no criminal record and lives with his parents, who were in court and declined to comment.

"These are just allegations at this point," Mayer said. "He is not convicted of anything. He is presumed innocent."

Sullivan first landed on the radar of law enforcement in May when the mother of an underage victim told police her daughter was communicating with the suspect on Snapchat and had arranged to deliver her vape pens, officials said.

He was arrested after police witnessed Sullivan put the pens in the girl's 's mailbox. The investigation later revealed Sullivan directed the juvenile to send nude sexual images of herself while he responded with naked pictures of himself, officials said.

Sullivan was charged with possessing a sexual performance by a child and endangering the welfare of a child — both non-bail eligible offenses — and released on his own recognizance with a GPS monitor.

Authorities said they found evidence on Sullivan's phone that he had sexual relations and traded graphic photos with a 13-year-old girl that he contacted through Shoutout, a Snapchat group, in March.

While on home confinement in August, Sullivan "continued to prey on young girls," having sexual conduct and trading graphic images with another 13-year-old girl, said Assistant District Attorney Dana Castaldo of the Child Abuse and Domestic Violence Bureau.

He was arrested on Oct. 22 in a Patchogue parking lot on Medford Avenue, police said.

"The actions of Brendan Sullivan are reprehensible and his young victims should be commended for their bravery coming forward," said Suffolk Police Commissioner Geraldine Hart. "While the Suffolk County Police Department is continuing to work with the District Attorney’s Office to identify other possible victims, I urge parents to speak with their children about utilizing social media safely and urge anyone who may be a victim in this case to come forward and have your voice heard."

Sullivan is due back in court Dec. 10.

Authorities urge anyone who may have been victimized by Sullivan to contact the Computer Crimes Unit at 631-852-6279 or anonymously to Crime Stoppers at 800-220-TIPS.