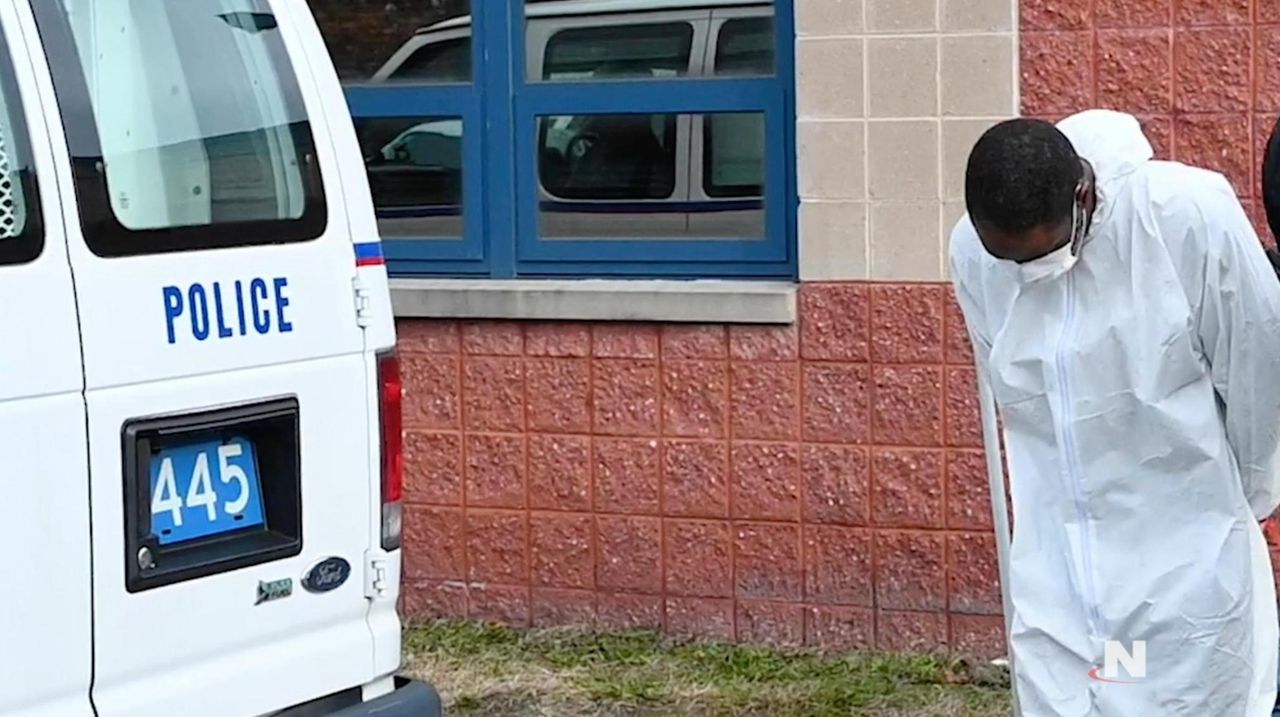 Albert Coppedge, 46, was arrested and charged with second-degree murder following what police described only as "an altercation" at a Coram home Sunday morning. Coppedge was held overnight at the Sixth Precinct and was scheduled for arraignment Monday in First District Court in Central Islip. Credit: James Carbone

One man was killed and his housemate arrested for second-degree murder following what police described only as "an altercation" Sunday morning at a Coram home where the two lived.

Det. Lt. Kevin Beyrer, supervisor of the Suffolk County Police Homicide Squad, said officers responding to an 11:10 a.m. 911 call of "a backyard fight" at a home on West Yaphank Road found a resident of the home severely injured with blunt force trauma.

That victim, identified by police Monday as Kenneth Mitchell, 62, was taken to Long Island Community Hospital in East Patchogue, where he was pronounced dead.

Hours after the altercation police said the other man, identified as Albert Coppedge, 46, returned to the scene — and was arrested.

Coppedge, who also is a resident of the home, was not injured in the fight, police said. He was charged with second-degree murder.

Police did not provide any additional details on the dispute, though Beyrer said Sunday: "There were a number of residents inside the home and we are interviewing them now."

Coppedge was held overnight at the Sixth Precinct and was scheduled for arraignment Monday in First District Court in Central Islip.

However, online court records found Monday did not indicate if Coppedge had entered a plea — and did not list counsel.

Police are asking anyone with information regarding the incident to contact Homicide Squad detectives at 631-852-6392. All calls will remain confidential.