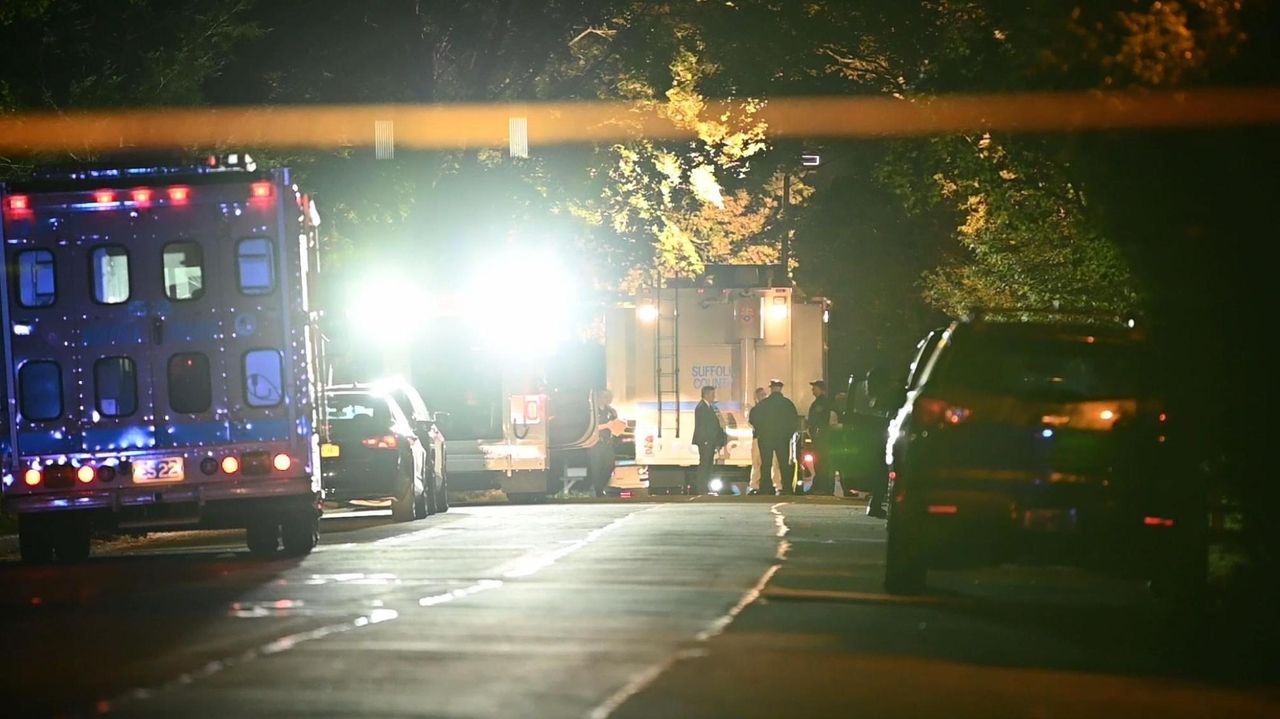 Meghan Kiefer, 27, of Coram, was found lying on the front lawn of her Harford Avenue home Saturday afternoon with stab wounds, Suffolk police said. She was taken to Stony Brook University Hospital where she died, police said. Credit: Stringer News

A 911 caller reported the injured woman at 4:45 p.m., according to police. When officers arrived at the Harford Avenue home they found Meghan Kiefer, 27, who had been stabbed and was lying on the front lawn.

Kiefer was taken to Stony Brook University Hospital where she died, police said.

A woman at the home declined to comment Sunday morning.

Detectives are asking anyone with information on the stabbing to call the Homicide Squad at 631-852-6392 or call anonymously to Crime Stoppers at 1-800-220-TIPS.

Cops: Albany man charged in fatal stabbing of Coram womanKason Parker, 33, was arrested Sunday and charged with second-degree murder in the death of Meghan Kiefer, 27, who was found by police with stab wounds on her front lawn the day before.