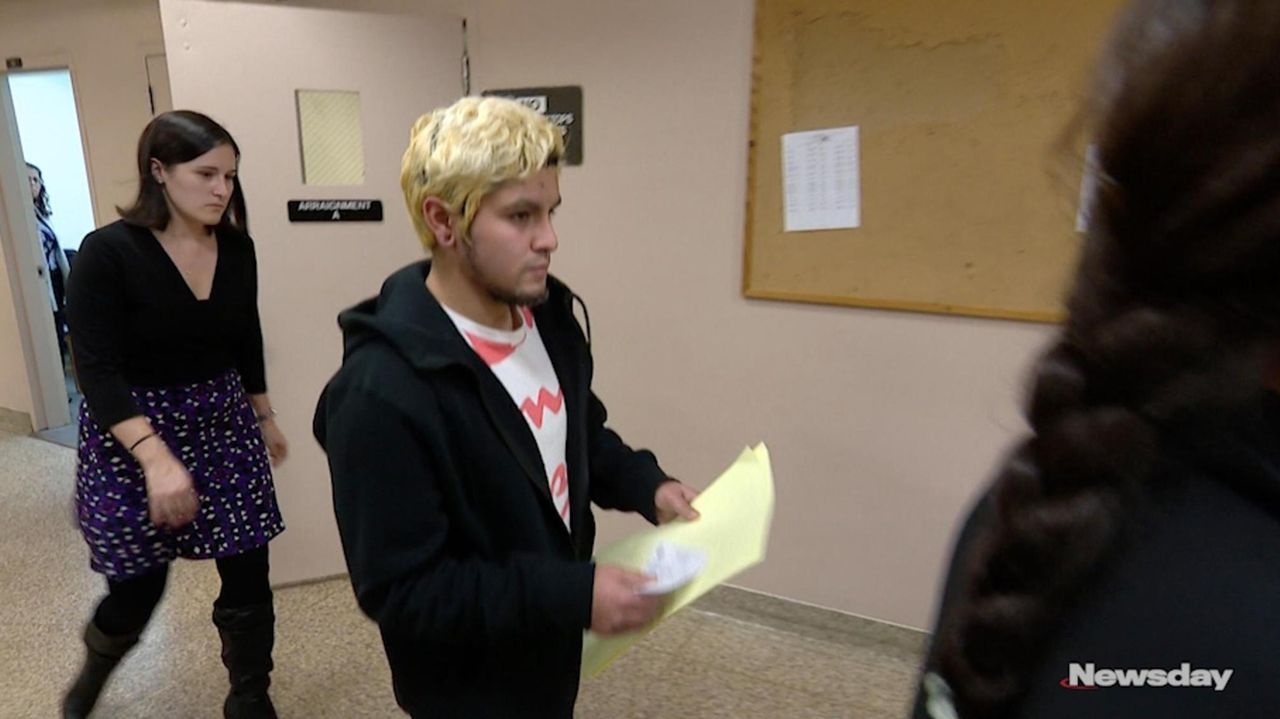 At a news conference on Tuesday, Hempstead Councilman Bruce Blakeman spoke about the Queens man who yelled religious slurs at a man at the Costco at 605 Rockaway Tpke.  Credit: Howard Schnapp; News 12 Long Island

A Queens man was charged Tuesday after police said he threatened two men and an 11-year-old child "with physical violence" during a slur-laced rant Sunday at a Costco in Inwood.

Justin Pichizaca, 20, of South Jamaica, was arrested Monday and charged with second-degree aggravated harassment and third-degree menacing. He was arraigned in First District Court in Hempstead where he was released on his own recognizance and represented by the Legal Aid Society of Nassau County.

Nassau County police said the incident occurred at the Costco at 605 Rockaway Tpke. One of the victims captured the rant on video inside the store, assisting Fourth Squad detectives in identifying and locating Pichizaca, police said.

Police did not detail specifics, except to say the victims were 37, 34 and 11, and that Pichizaca "yelled religious slurs."

Avrumi Fridman said the man confronted him in the restroom while Fridman was wearing a yarmulke, and shouted anti-Semitic expletives at him.

Fridman said he followed the man into the store and told him on video to say the slurs again to his face. The man lunged toward Fridman, Fridman said, and threatened him.

“As a father and an active member of the Jewish community, I couldn’t allow this to go on,” Fridman said. “I had to take a stand and memorialize what he was saying. If we let him get beyond his own tracks, there’s no end to it.”

Police said they identified Pichizaca through Fridman’s video and made the arrest Monday night.

“This has no place in the Town of Hempstead or anywhere in America,” Blakeman said. “This was a horrible human being.”

Police said Pichizaca later used religious slurs while speaking to another man and his 11-year-old son after threatening Fridman.

Fridman said he was bothered that Pichizaca was released without bail, but has received support from the community.

“Hate is going to be hate. It’s not going to be rational. You just have to stand up to it,” Fridman said. “I have relief not, because hate still exists, but I have a sense of relief for the amount of support I’ve received from all segments of society. It’s heartwarming to see people still stand with each other.”