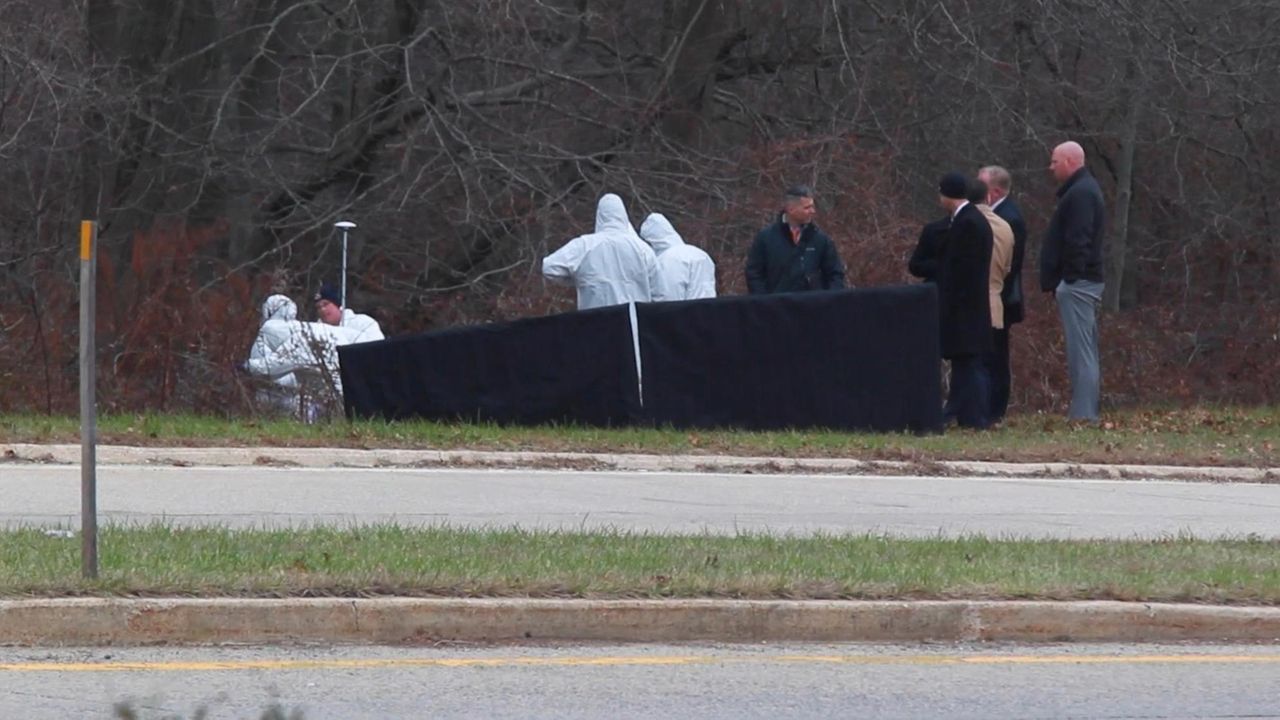 The body of a dead man found Monday alongside an exit ramp off the Meadowbrook Parkway in Roosevelt is being investigated as a homicide, State Police said. Credit: Jim Staubitser

The body of a dead man found Monday alongside an exit ramp off the Meadowbrook Parkway in Roosevelt is being investigated as a homicide, State Police said.

Police have not released a cause of death or an approximate age of the victim pending the results of an autopsy.

It was not immediately clear if investigators have been able to identify the victim, whose identity has so far not been released.

A State Police spokesman said Monday that a crew working along the southbound parkway discovered the body near the tree line off Exit M7 West, Babylon Turnpike, at 9:38 a.m. Trooper Daniel Ahlgrim said the body was covered when it was found, but said additional information was not available.

Police are asking anyone with information to call investigators at 631-756-3300.