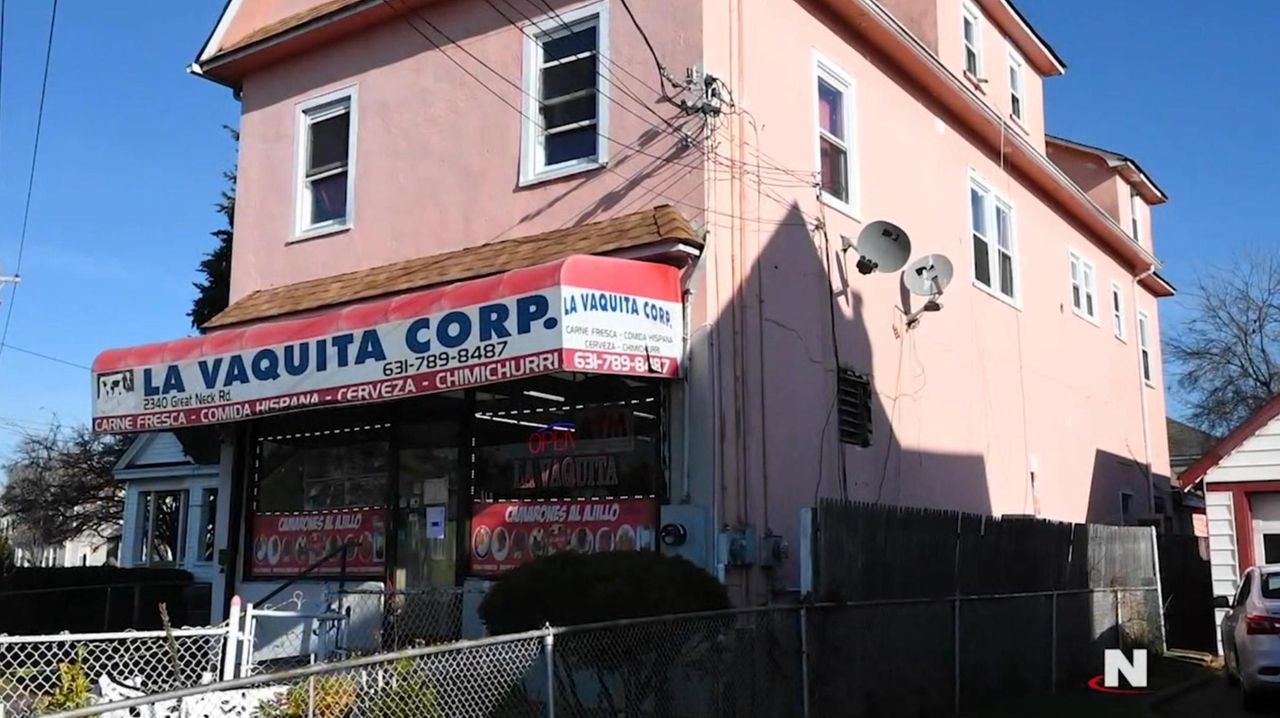 Suffolk police say one person was killed and three were injured Saturday night in Copiague in a shooting at a deli.   Credit: James Carbone

A Copiague man is facing murder and attempted murder charges in connection with a fatal shooting at a Copiague deli Saturday night, Suffolk County police said.

A man was killed and three others wounded during the 6:10 p.m. shooting at La Vaquita Corp. deli on Great Neck Road near Corsica Street, police said.

Dionicio Calderon-Oseguera, 62, has been charged with one count of second-degree murder and three counts of second-degree attempted murder, Suffolk police said. He was expected to be held overnight at the First Precinct and is scheduled for arraignment at First District Court in Central Islip Monday.

Police identified Manuel Cruz-Hernandez, 47, of Copiague as the man they said died at the scene.

"We believe he was an innocent victim," Beyrer said at the scene.

Rodriguez' son, Oscar Rodriguez, speaking Sunday outside the deli his father has owned for 27 years, said the injured man was in critical condition.

He described his father as a spiritual man who is well-known and liked in the community.

Police ask anyone with information to contact Crime Stoppers at 800-220-TIPS. All callers will remain anonymous.