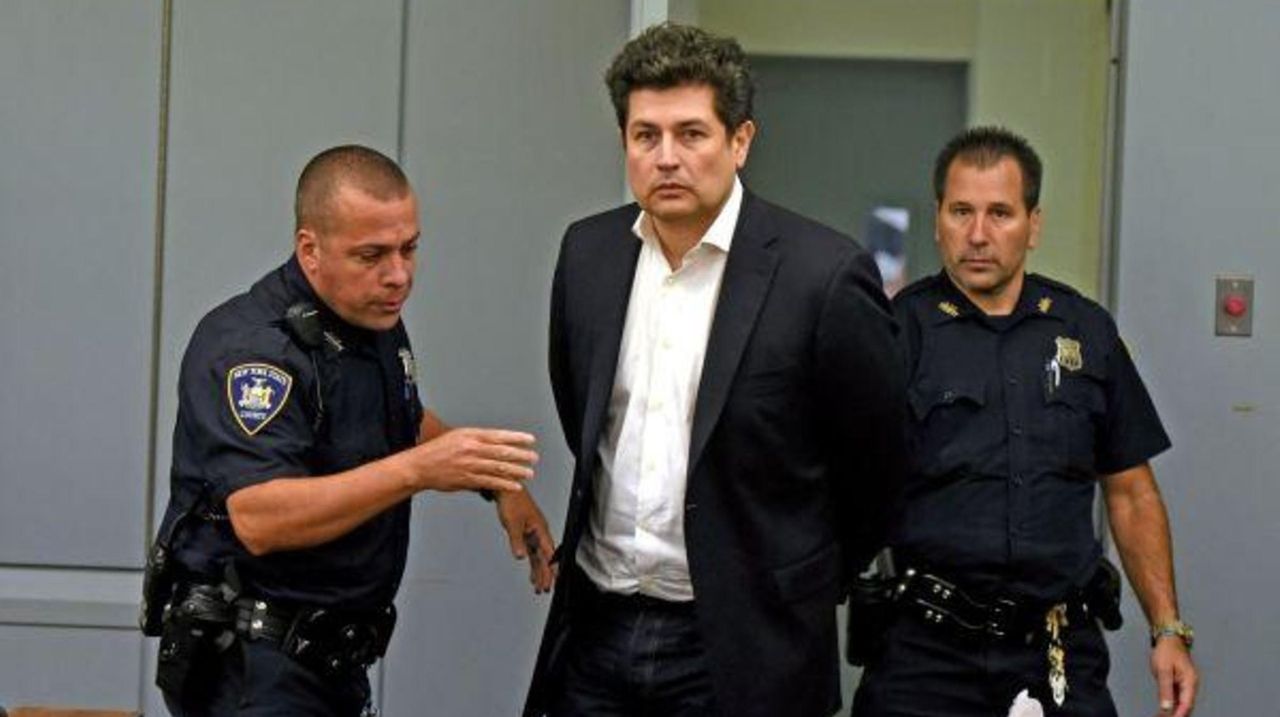 Robert Hansen, brother of Paul Hansen, 53, a Sag Harbor real estate broker who was killed in a drunken-driving crash, spoke on Wednesday, Oct. 18, 2017, about the sentencing of Sean Ludwick, 44, a Manhattan real estate developer who plead guilty to aggravated vehicular homicide.  A Suffolk judge sent Ludwick to prison for 3 to 9 years Credit: James Carbone

The family of a Sag Harbor real estate broker told the man who killed their loved one in a drunken driving crash that he was an arrogant coward, shortly before a Suffolk judge sent him to prison Wednesday for 3 to 9 years.

Sean Ludwick, 44, a Manhattan real estate developer who also has a home in Sag Harbor, pleaded guilty in August to aggravated vehicular homicide and other charges in the early morning Aug. 30, 2015, death of Paul Hansen, 53, whom he had met just the day before.

Ludwick, a managing partner and founder of Blackhouse Development, hit a pole with his Porsche convertible, partially ejecting Hansen. Ludwick pulled Hansen from the wreckage and left him just steps from his front door, and then tried to drive away.

In a Central Islip courtroom, Hansen’s siblings and widow told Ludwick he had exhibited nothing but cowardice and self-interest from the moment of the crash. They said those traits were confirmed in February, when Ludwick flew to Puerto Rico while free on bail, researched how to live as a fugitive and tried to buy a boat to flee to Venezuela.

“Nothing else apparently mattered to you, except yourself,” said Hansen’s brother, Robert Hansen, 62, of Southampton. “I’m an optimist. I hope that during your incarceration you find your way to become a better human being. But I am also a realist.”

The victim’s twin sister, Susan Hansen Morrissey, said that when she found out what kind of person Ludwick was, “I was shocked that my brother would associate with someone like you.”

“Your honor, you can see the Hansen family is strong,” Assistant District Attorney Raymond Varuolo said. “Quite a contrast to the defendant, and his narcissistic behavior.”

He urged Camacho to impose the maximum sentence of 5 to 15 years in prison.

Ludwick apologized in a monotone.

“I take responsibility for causing your brother’s, your family member’s, death,” Ludwick said to a courtroom that included the victim’s teenage sons. “I don’t want to make excuses. I own the problem.”

He promised to become a better person in prison.

The judge told Hansen’s sons that their father “was a great man,” and said he offered this plea deal after considering what could probably be proved at a trial. He said reading and hearing the words of those who knew and loved Hansen was “heartbreaking.”

In a clearly emotional voice, Camacho continued, “The combination of grief and love is overwhelming. There will never be such an outpouring for Sean Ludwick.”

Afterward, Robert Hansen said he and his family appreciated what Camacho said and felt it was a just sentence.

They thought less of what Ludwick had to say.

“I hope he’s sincere,” said Susan Hansen Morrissey. “But his past history plays heavily in my mind.”