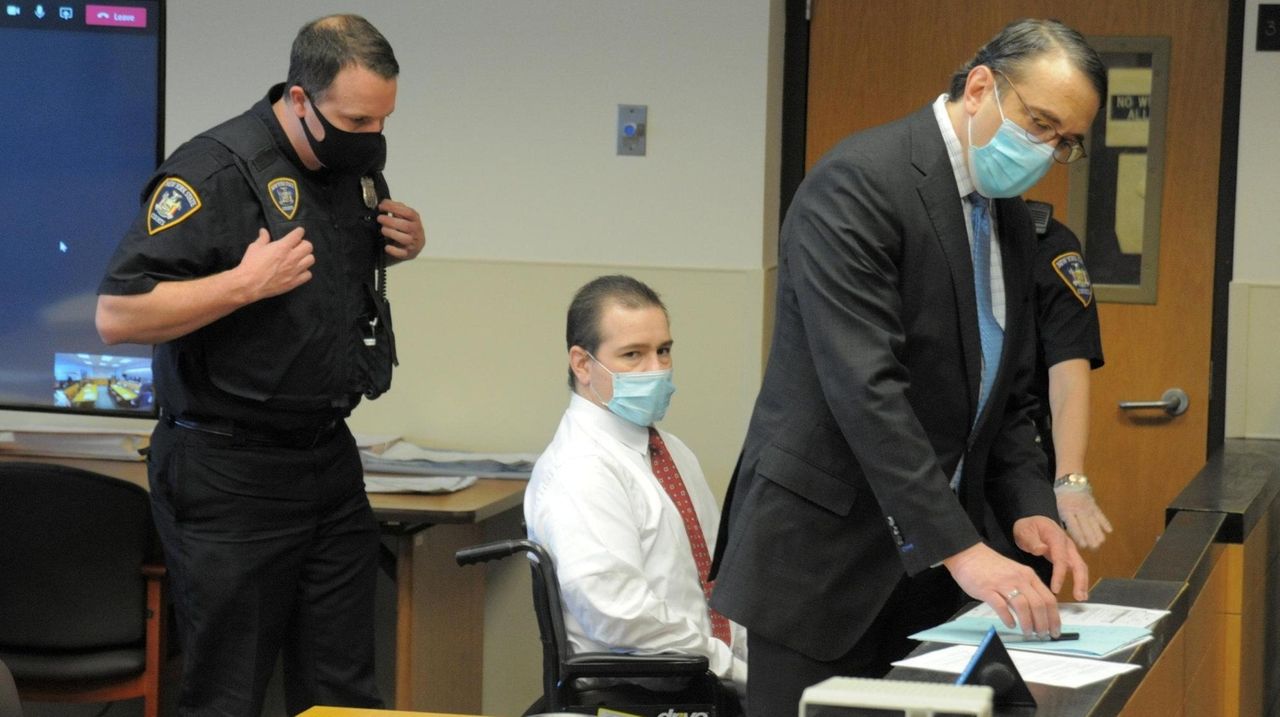 A New York City firefighter from Babylon was driving drunk for nearly four miles in the wrong direction on the Sunken Meadow Parkway last November before crashing into a car driven by a Kings Park teacher, killing him instantly, Suffolk prosecutors said Wednesday as they announced new charges against the driver.

Joseph Norris, 38, who lost both of his legs in the crash, pleaded not guilty in Criminal Court in Riverhead to a nine-count indictment related to the Nov. 20 crash that killed Anthony Mariano, 44, a social studies teacher at Benjamin N. Cardozo High School in Bayside.

Prosecutors said beer cans and a bottle of whiskey were found in Norris' 2008 Chevrolet Colorado after the crash that followed a night of drinking at a Smithtown strip bar. Norris’ blood alcohol content was .29% — more than three times the legal limit of 0.08%, prosecutors said.

Christie Azzolini, the victim's fiancee, wept in court Wednesday, leaning her head on the shoulders of her parents as details of the horrific crash were revealed. The couple, who were together 10 years, were supposed to get married last July but the wedding was postponed because of the coronavirus pandemic until this summer.

"It's really unfortunate that this happened," Azzolini said outside of court. "We love him and miss him and think about him every day."

If convicted of the top count, Norris faces a maximum sentence of 8 1/3-to-25 years in prison.

"This is yet another motor vehicle tragedy that has befallen two good people and has devastated two loving families," LaPinta said.

Norris' wife Kimberly is seven months pregnant with the couple's second child. The crash left Norris a double amputee and led to the removal of his spleen, LaPinta said.

Norris, who was assigned to Ladder 107 in Brooklyn, has been suspended with pay, officials said.

"Our focus is on providing justice for the victim's family and ensuring that we send a clear message to the public that this type of conduct will not be tolerated," said Suffolk District Attorney Timothy Sini.

Prosecutors said Norris spent nearly five hours drinking at a strip club before he drove southbound in the northbound lanes of the Sunken Meadow Parkway in Commack.

Dozens of motorists honked their horns, flashed their lights and swerved out of the way while an off-duty sheriff, driving southbound on the parkway, tried desperately to get Norris to pull over, Assistant District Attorney Raymond Varuolo said.

At 7:30 p.m., after driving 3.7 miles in the wrong direction, Norris collided at 62 mph with a 2007 Mazda CX-7 SUV driven by Mariano, who was picking up dinner for his family, prosecutors said.

"There was no signs [Norris] activated his brakes at any time," Varuolo said. "The fierce impact created a debris field that stretched 200 feet north and south and 50 feet east and west."

Outside of court, Mariano's friends and family held signs reading "Joe Norris Destroyed My Family" and "Justice for Anthony." They described a selfless teacher devoted to his students and family.

"His job and family came first," said Angelos Koskinas of Great Neck, who taught with Mariano for 17 years. "He was the sweetest, most loyal person anyone had the pleasure of meeting and knowing."

Christie Azzolini, who attends therapy three times a week and has yet to return to work, said the grief is nearly unbearable.

"Today is the first step on a long journey I am sure," she said. "But I have a little relief knowing he is charged."