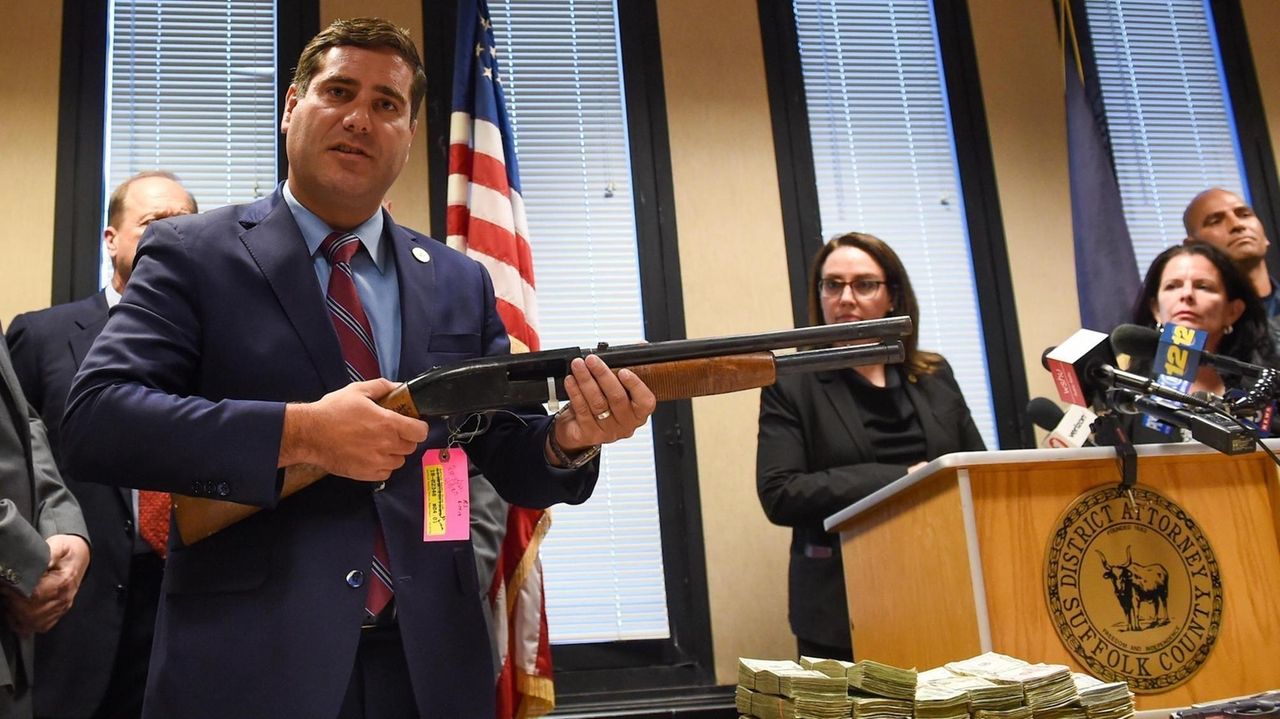 Four ringleaders and more than a dozen others face multiple charges connected to a drug-trafficking operation that sold and distributed cocaine and heroin mostly on Suffolk's South Shore, prosecutors said Thursday.

Daniel Ayala, 37, of North Babylon, was at the center of the ring, which sold drugs in communities from Farmingdale to Mastic, Suffolk County District Attorney Timothy Sini said in announcing a 22-count indictment.

Sini described three other Long Islanders named in the indictment — Jason Brewton, 38, of Patchogue, Jose Guzman, 43, of Ronkonkoma, and Fennelly Olivares, 40, of Babylon — as major traffickers.

The indictment includes conspiracy as well as drug and weapons charges.

The investigation, conducted by the Suffolk County Police Department and the district attorney’s office, resulted in the seizure of 3.5 kilograms of heroin, crack and powder cocaine, as well as seven illegal firearms and $83,000 in cash, Sini said. Investigators also seized a hydraulic kilo press the defendants used to repackage drugs for resale.

The investigation, begun by Suffolk police in July 2018, used wiretaps and other forms of surveillance to build the case against the 18 defendants, officials said.

Sini described the operation as a “one-stop shop” that supplied Long Island drug wholesalers and retailers with cocaine and heroin.

He said the ring sold $900,000 worth of narcotics during a two-month period and employed two heroin addicts as "quality-control experts." Ayala would not buy heroin from his suppliers unless the addicts told him the drugs they had sampled were high quality, Sini said. He declined to identify the suppliers or their locations.

Prosecutors had asked Cohen to order bail set at $3 million, or $6 million bond. Ayala’s attorney, Ira Weissman of Central Islip, argued the amount was excessive because the evidence presented during arraignment was based on the entire case, and not just the charges against his client. Weissman said he has not yet received or reviewed any evidence.

Others defendants were scheduled to be arraigned later Thursday or Friday.

The investigation was ongoing and others could face charges, Sini said.

The district attorney also announced Thursday that his office’s Special Narcotics Unit, created in July 2018 to focus on long-term investigations conducted to dismantle drug operations, will be elevated to a bureau. Since its inception, the unit has seized about 23 kilograms of narcotics and secured indictments against 52 defendants, officials said.