Glenn Zaleski of Greenport enters Southold Town Justice Court on Monday, where he was arraigned on a charge of driving while intoxicated after a fatal crash. Credit: James Carbone

The motorist who drove head-on into a minivan in Greenport early Sunday, killing one person and injuring six others, was charged with driving while intoxicated Monday, prosecutors said.

His attorney said he expects the man will soon face more serious charges.

Glenn Zaleski, 36, of Greenport, pleaded not guilty to DWI during an arraignment in Southold Town Justice Court Monday. Judge Eileen Powers set bail at $100,000 cash or $200,000 bond. Zaleski is scheduled to return to court Friday.

Zaleski’s attorney, Anthony Rutkowski of Southampton, said he expects the judge will increase bail once additional charges are filed related to the death of the minivan driver, You Feng Yang, 51, of Flushing, and the injuries of the other passengers. 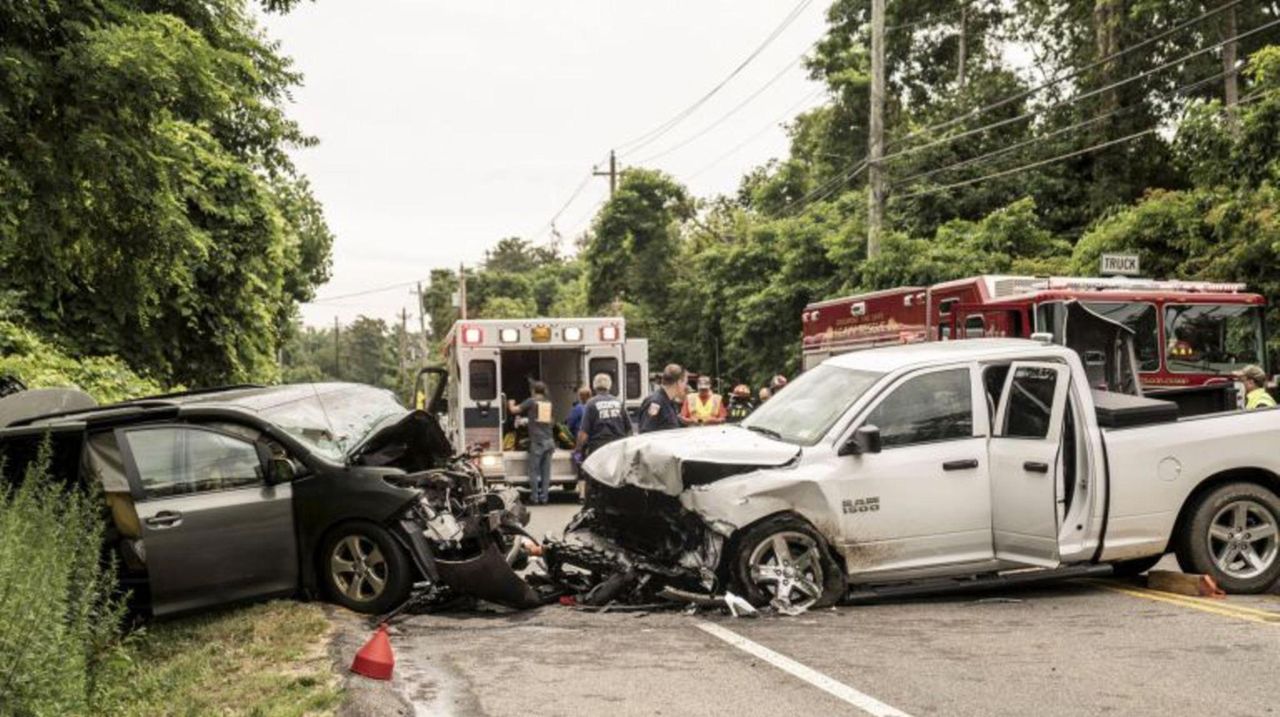 “The first thing he [Zaleski] and his family did was express their condolences to the people in the minivan,” Rutkowski said. “This is obviously horrible and tragic.”

A criminal complaint said Zaleski had previously been convicted of driving while intoxicated in 2009 in Southold.

“The defendant’s eyes were red and glassy, his breath smelled strongly of an alcoholic beverage,” according to the criminal complaint filed Monday.

Lt. James Ginas, a spokesman for the Southold police, said field sobriety tests were done at the scene, but Zaleski’s blood-alcohol content was not yet available.

“We are working closely with the Southold Police Department to thoroughly investigate this horrific crash, and that investigation is ongoing,” District Attorney Tim Sini said.

Ginas said Zaleski was driving eastbound on Route 48 near Moores Lane when his 2016 Dodge pickup veered into the westbound lane and hit the minivan.

Yang was airlifted to Stony Brook University Hospital, where she was pronounced dead about two hours after the 8:34 a.m. crash, Ginas said.

The six passengers in the minivan, all from Flushing, were identified by police as: Yan An Huang, 52; Wang Shilin, 52; Ping Li, 54; Yan Hong Han, 44; Tong Jun Qu, 46 and Chunxia Lui, 44. Ginas said they suffered from various injuries, including broken bones and severe bleeding.

Some of the injured were airlifted to the Stony Brook hospital, while others were taken by ambulance to Peconic Bay Medical Center in Riverhead and Eastern Long Island Hospital in Greenport, Ginas said.

Cops: 1 dead, 6 hurt after drunken driver hits vanThe driver of the pickup truck that struck the minivan was arrested and charged with driving while intoxicated, the Southold Town police chief said. Crime in Nassau and Suffolk, 2006-2017 There were 35,503 violent or property crimes recorded on Long Island in 2017 by the state's Division of Criminal Justice Statistics, a 5.7 percent decrease from 2016.