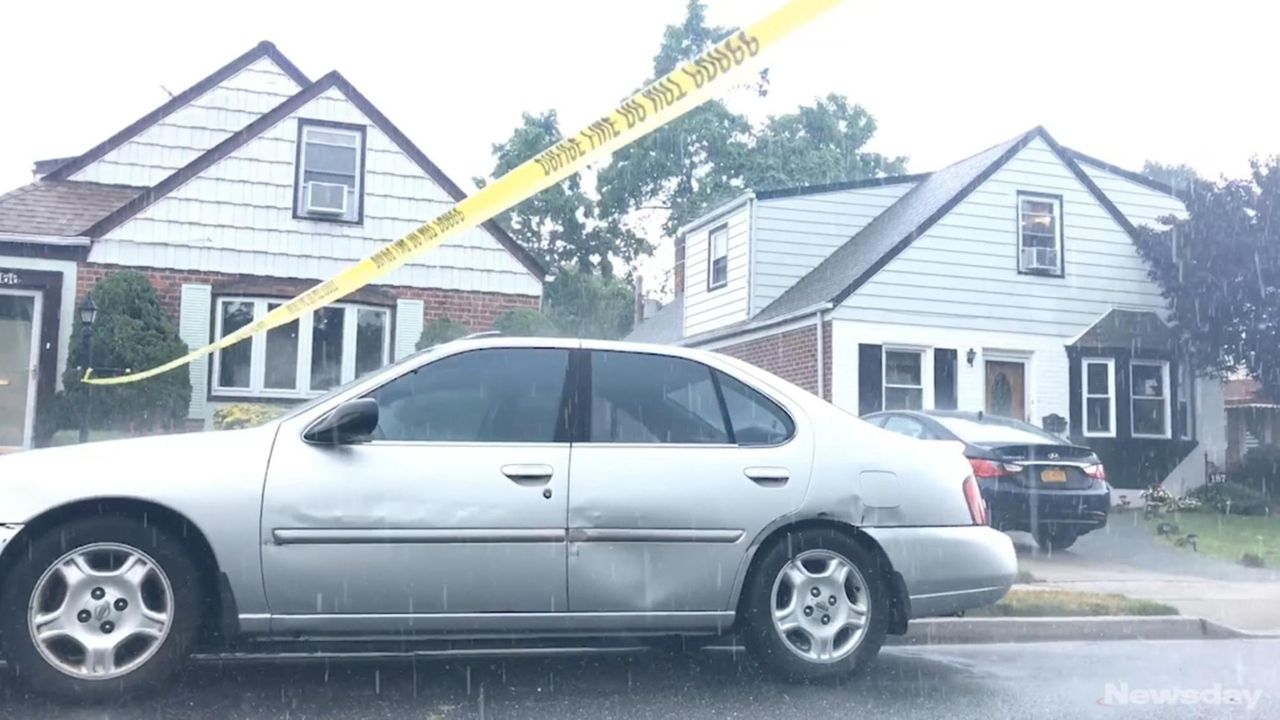 Police said Patrick Myrthil, 31, of Elmont, fatally shot his wife Tertue Gregoire, 30, and then turned the gun on himself. Credit: Newsday / Stefanie Dazio

A distraught Elmont man in the process of getting a divorce fatally shot his wife and then turned the gun on himself in an apparent murder-suicide at the couple's home Saturday, Nassau County police said.

“They had a dispute, they were getting divorced,” Fitzpatrick said Saturday night outside the couple's Wellington Road home. Referring to Myrthil, Fitzpatrick said, “He did not want a divorce. During this dispute, it escalated to violence. He produced an illegal 9 mm handgun. He shot her several times, laid down with her and then shot himself.”

The woman, identified by neighbors, hysterically cried outside the home Saturday afternoon.

Fitzpatrick said his department had no prior domestic contacts with the couple and no protective orders had been taken out by either.

Neighbors and friends Saturday gathered behind police tape. Their mood was somber. Some cried.

Mia Mayard, 28, of Cambria Heights, said she was friends with Myrthil, a construction worker. She described him as a “hard worker” who was “always laughing.” She said she had seen him Friday night and he  seemed happy.

“If he had told us whatever he was going through, the situation ... we would have talked to him. Things probably would have changed. It is unfortunate how things end,” Mayard said.

Rico Douby, 59, of Elmont, said Gregoire was a nice woman who told women at his church that she was having marital problems.