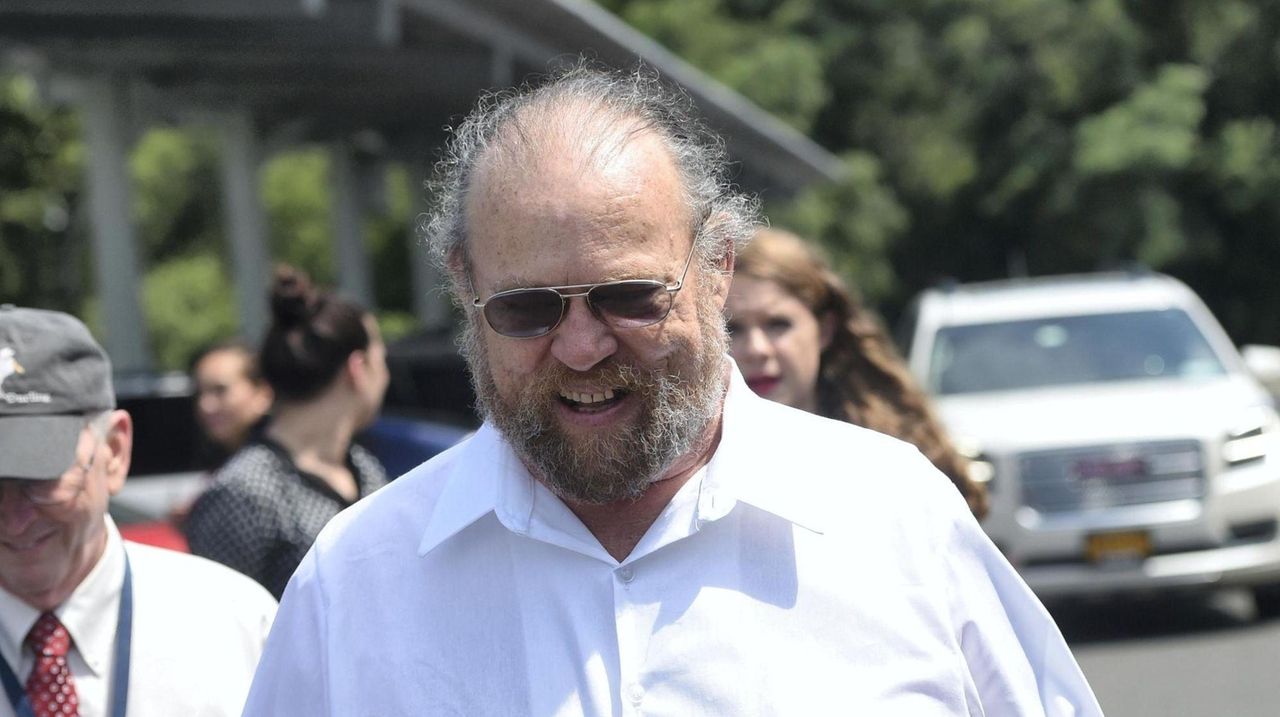 After 6 years in state prison, former Suffolk Legis. George Guldi was arraigned Wednesday, July 12, 2017, and temporarily released in his own custody while county prosecutors said they will ask the state's highest court to reinstate charges of insurance fraud thrown out by the Appellate Division. A day earlier, Guldi was released from Marcy Correctional Facility in upstate Oneida County on July 11 -- his 63rd birthday -- because he had already served the maximum 6-year sentence on separate charges involving an $82 million mortgage scam. Credit: James Carbone

After 6 years in state prison, former Suffolk Legis. George Guldi was temporarily released in his own custody Wednesday while county prosecutors said they will ask the state’s highest court to reinstate charges of insurance fraud thrown out by the Appellate Division.

Jeremy Scileppi, labor and insurance crime bureau chief, said his office disputes the unanimous Appellate ruling, which threw out the convictions on insurance fraud and grand larceny because of a “judicial error,” and will request leave from the Court of Appeals to overturn the lower court ruling,

State Supreme Court Justice Mark Cohen released Guldi, who appeared in court in an open-neck white shirt and khaki pants with no belt, to his own custody until the high court decides whether to hear the case, a process he said should take about eight weeks. George Guldi’s attorney, Michael Scotto, said Tom Guldi of Southampton has agreed to let his cousin stay with him while charges are pending.

Guldi was released from Marcy Correctional Facility in upstate Oneida County on Tuesday, his 64th birthday, because he had already served the maximum sentence on separate charges involving an $82 million mortgage scam. He was returned to Suffolk by sheriff deputies Tuesday, however, and kept in the county jail overnight until he could be arraigned again on the insurance charges.

Guldi, who served as a Democratic county legislator from Westhampton Beach between 1995 and 2003, declined to comment about his release, saying, “I’ve got enough going on right now.”

Once outside the county court building in Riverhead, he said, “It’s a nice day for a walk. Look at that nice tree.” Asked what he wants to do most, he said, “See my kids.”

If the high court rejects the prosecutors’ request to appeal, Cohen set Sept. 13 for Guldi to appear in court for a retrial on the insurance charges.

The Appellate Division, Second Department, threw out the insurance fraud conviction because it said the original trial judge, James F.X. Doyle, erred by forcing Guldi to use one of his limited challenges to dismiss a juror from the jury. The juror, who worked for AIG, the insurer which Guldi allegedly defrauded of $850,000, “did not provide a completely unequivocal assurance that she could be fair and impartial.”

The appellate panel nevertheless let stand Guldi’s separate guilty pleas on 34 counts of grand larceny and scheme to defraud in connection with the mortgage scam.