John Bittrolff inside Riverhead Criminal Court Thursday morning on July 31, 2014, where he was arraigned on an indictment charging him with the killing of two women. Credit: James Carbone

State criminal justice officials testified Monday about the apparently lucky hit in a state DNA database that led to a Manorville carpenter being charged with the murders of two women two decades ago.

But a lawyer for defendant John Bittrolff, 50, suggested during cross-examination that the database search may have been impermissible under state law.

Bittrolff is on trial before state Supreme Court Justice Richard Ambro in Riverhead. He is charged with second-degree murder in the killings of Rita Tangredi, 31, of East Patchogue on Nov. 2, 1993, and Colleen McNamee, 20, of Holbrook on Jan. 30, 1994.

During questioning by Assistant District Attorney Robert Biancavilla, Kerri Sage, administrator of the state DNA database, said a partial match turned up by chance in August 2013 between evidence from one of the two crime scenes and Bittrolff’s younger brother, Timothy. The brother’s DNA had entered the database because he had been convicted of criminal contempt. 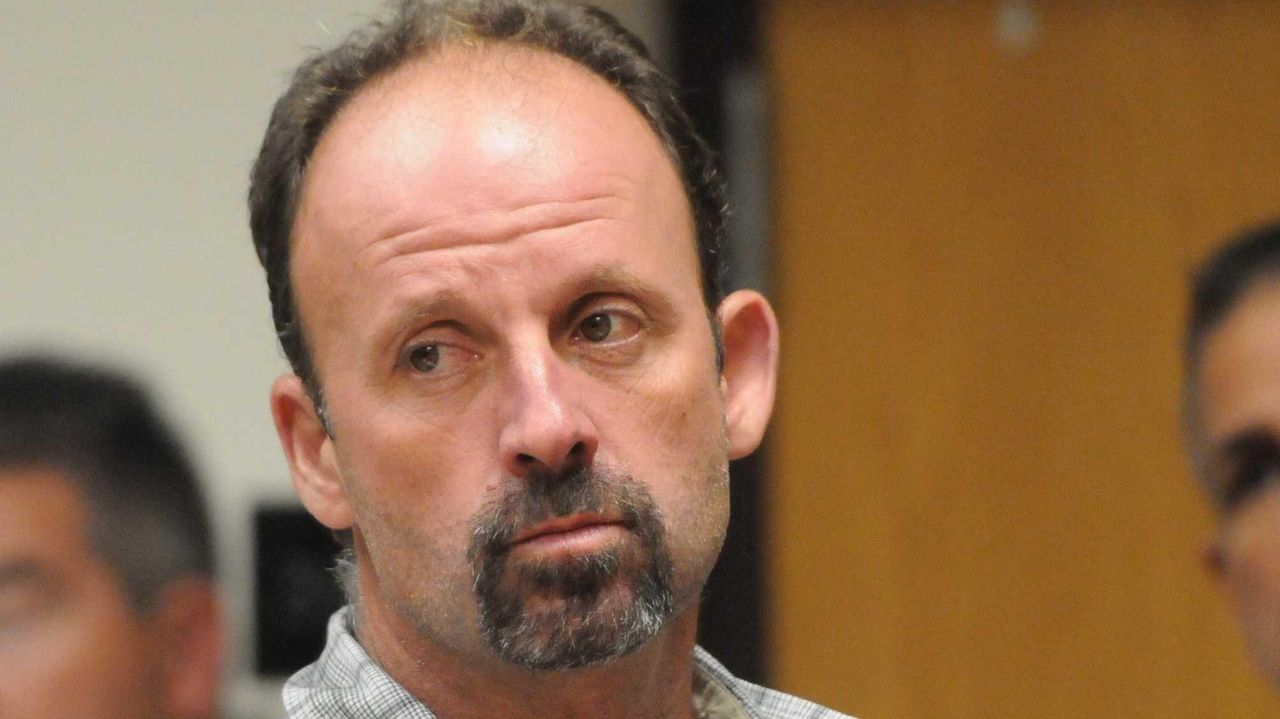 John Bittrolff arraigned on charges of killing two women 20 years ago John Bittrolff pleaded not guilty to murder charges in the slayings of Rita Tangredi and Colleen McNamee, whose bodies were found in Suffolk in 1993 and 1994, respectively. On July 22, 2014, Suffolk officials announced at a news conference that the suspect was connected to the murders based on DNA evidence. (Credit: Newsday/ Chuck Fadely, WCBS pool)

Defense attorney Jonathan Manley of Hauppauge questioned Sage about the randomness of the find.

“New York state does not allow for familial DNA searching, correct?” Manley asked, referring to the controversial practice employed in a handful of states, which uses relatives’ DNA to lead to a suspect. That’s what happened in this case, but Sage insisted it was inadvertent.

John Bittrolff’s DNA is the strongest link between him and the killings of the two women, who both worked as prostitutes. His defense has argued that his DNA is not evidence of murder.

During much of the past week, the prosecution tried to establish other links.

Forensic scientist Donald Doller of the Suffolk County Crime Laboratory testified that he collected and studied shoe and tire impressions left near Tangredi’s body and the dirt road that later became Esplanade Drive.

He also said he identified one of the many tire prints in the area a Firestone tire commonly used on light trucks and vans. During questioning by Biancavilla, Doller said such a tire could be used on a 1993 GMC van, which is what Bittrolff drove at the time.

But during cross-examination by defense attorney William Keahon of Hauppauge, Doller conceded that thousands of people in Suffolk County wear work boots and thousands drive pickups and vans.

And considering that the dirt road was both a residential construction site and a popular place for people to ride all-terrain vehicles, it wasn’t surprising to find work boot prints and tire tracks from pickups or vans, he said.

“You can’t say if these [boot] prints came from one person or six people,” Keahon said.

Later he added that one of the boot prints in the dirt road could have been anywhere between size 9 and 12.

“That would be 75 percent of the men in Suffolk County, right?” Keahon asked.

“I don’t know, but size 10 is the most common size for adult males,” Doller said.

DNA links LI man to cold-case murders of 2 womenA Manorville carpenter is accused in the murder of two LI women in the 1990s. To his neighbors, suspect was a 'good guy' who liked to hunt and 'knew everybody'Neighbors know John Bittrolff as a friendly, regular guy, a devoted father of two boys ... Police used DNA and database to crack unsolved homicide cases, DA saysInvestigators were able to zero in on the Manorville man accused of killing two women ...