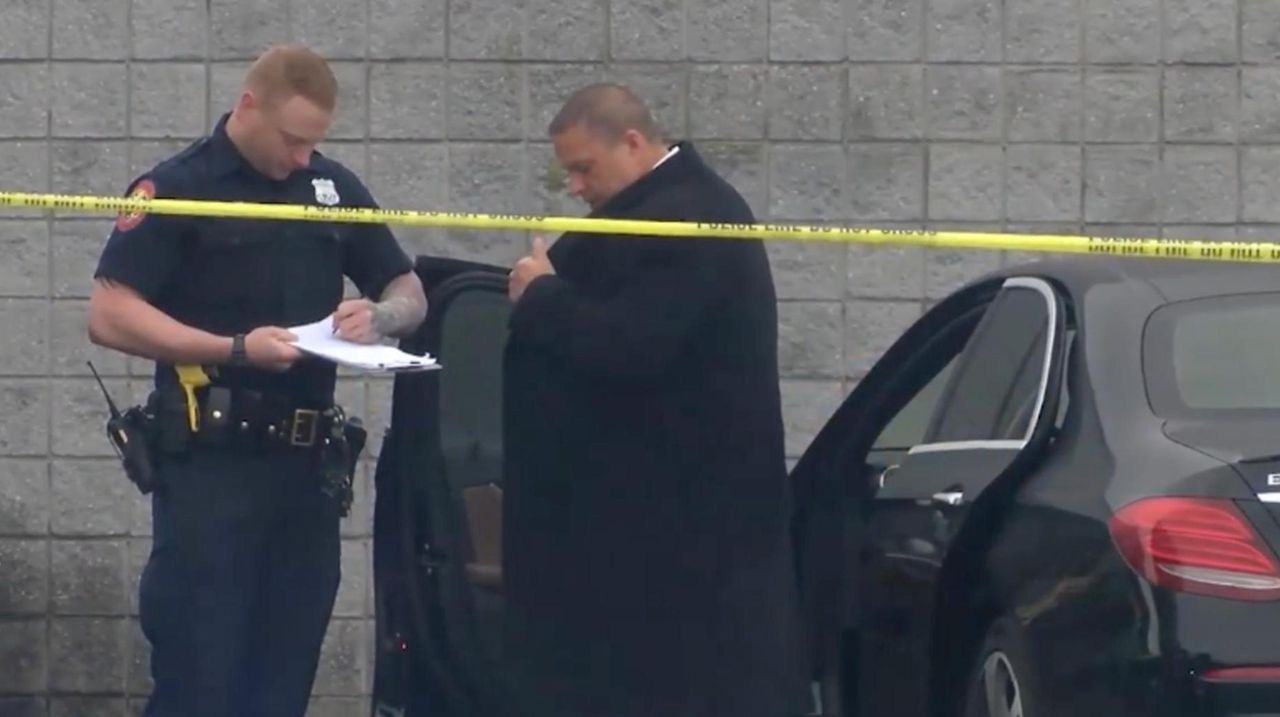 A man is dead and a woman was taken to a hospital after they were shot early Tuesday morning, Nassau County police said. The victims, who police believe may have been shot near the Mirage Gentlemen’s Lounge in East Farmingdale at about 3:10 a.m., fled in a vehicle, police said. Nassau police officers are canvassing the area where the vehicle stopped. Credit: Stringer News Service, Howard Schnapp

A Wyandanch man was killed and a woman was injured after a drive-by shooting on Route 109 in East Farmingdale early Tuesday, police said.

Frank Myers, 33, was pronounced dead at a Sunoco gas station at the  corner of Hempstead Turnpike and Merritts Road in Farmingdale, according to Suffolk police.

Myers and the woman were among six people traveling westbound in a black 2017 Mercedes-Benz on Route 109 just after 3 a.m. when it was fired upon, Suffolk County Police Homicide Det Lt. Kevin Beyrer said Tuesday at a news conference in Farmingdale.

Investigators suspect the shooting was the result of an argument that began at or near the Mirage Gentlemen’s Lounge in East Farmingdale, police said.

“We believe this incident occurred as the result of an argument, which occurred somewhere on Route 109,” Beyrer said. “Shots were fired, we believe from another car into this car.”

The driver of the Mercedes-Benz drove about 2 miles to the Sunoco where the occupants asked a gas station employee to call 911. Nassau police responded and discovered Myers and the injured woman in the vehicle. Myers was found dead in the backseat.

The 27-year-old female victim, a Westbury resident who was not identified by police, was shot in the leg. She was taken to Nassau University Medical Center in East Meadow for treatment, police said, and is expected to survive. The other four occupants of the vehicle were not injured.

Investigators blocked off access to the area on Route 109 near the club until late Tuesday morning, canvassing for video there. Shell casings were found on Route 109 west of Mirage. Police said the suspects fled the area in a Range Rover.

Beyrer said no one is in custody.

“We’re in the process of interviewing them and locating them,” he said of the other occupants of the car.

The investigation is ongoing and anyone with information should call Suffolk County Crime Stoppers at 800-220-8477, Beyrer said.