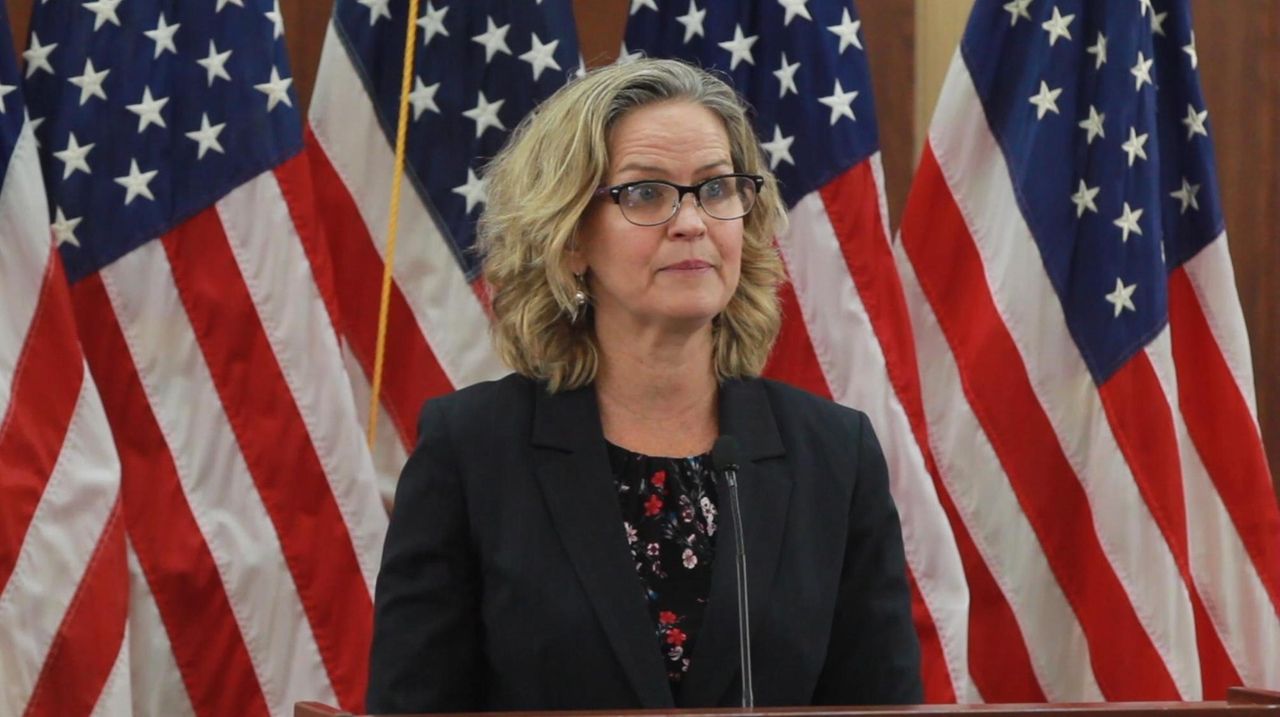 The Freeport police officers involved in a controversial arrest remain on the job, a village spokesman said Thursday, and the Nassau district attorney's office said it was reviewing the incident.

“All are working; none is on paid leave,” Freeport spokesman Brian Finnegan said.

Finnegan said five Freeport Police Department officers were involved in the arrest of Akbar Rogers, 44, on East Seaman Avenue on Tuesday. A video shot by a neighbor and posted on Instagram showed seven officers involved, with at least two punching the man while he was on the ground, yelling for help. Another officer appeared to kick Rogers.

The video has sparked outrage from some Long Island residents and activists, particularly because the officers appear to be white, while the suspect is black.

Nassau County Executive Laura Curran and Freeport Village Mayor Robert Kennedy, who said his son was one of the officers involved in the arrest, have called for an investigation of the incident. On Thursday, other elected officials called for a probe, as Nassau Districit Attorney Madeline Singas said through a spokeswoman that “We are reviewing the incident." The district attorney's office had no further comment.

The president of the union representing the officers said he "stands behind" the officers.

Police said Rogers, who was wanted on a warrant for aggravated unlicensed operation of a vehicle and in a separate alleged case of physical harassment, was resisting arrest. Finnegan said one officer was injured in the scuffle, taken to the hospital and released.

Rogers is scheduled to appear in Nassau County District Court in Mineola on Friday. Curran said Rogers, who is being held on $6,000 cash bail and bond, is at the county correctional center in East Meadow.

Court documents show the incident with police came seven weeks after a woman who lives at Rogers' East Seaman Avenue home said he pushed her to the ground after she left him "in Suffolk County with no ride."

The woman submitted a sworn statement Oct. 28 that said: "During the verbal argument, the defendant became very angry and did push your deponent to the ground. When your deponent attempted to get up, the defendant then pushed her down again, causing minor pain to her wrist. Your deponent was six weeks' pregnant at time of altercation."

On Nov. 3, police spotted Rogers in a Mercedes-Benz and chased him, an incident in which they said he reached speeds of 100 mph, according to Freeport Village Attorney Howard Colton. The chase was aborted for safety reasons, Colton said.

Two court documents filed Tuesday by Freeport police Officer Michael Geniale and Det. Richard A. Paulik said Rogers was combative and resisting arrest earlier that day as officers arrived at his home to execute a warrant. Police said he fled through neighbors' yards but was caught by officers as he stood against a chain-link fence.

"Defendant was being placed under arrest and did violently resist for a previously committed act of harassment, by swinging and flailing his arms to prevent officers from cuffing him," Geniale's sworn statement said of a scuffle at 4:35 p.m. at 20 E. Seaman Ave. "This violent action by the defendant required four officers to physical and engage the defendant."

The document also said Rogers' resistance "required one officer to deploy his less lethal conducted electrical weapon," referring to a Taser, and that another Taser shot was required because Rogers "clinched his arms underneath himself to prevent officers from handcuffing him."

Paulik's sworn statement also said Rogers resisted, was stunned by a Taser and his actions caused "the complainant to suffer extreme back pain," for which the detective was treated at a hospital.

Those police narratives provide details about what happened before and during the video, but the video also includes details that were not provided in the sworn statements.

In the video, after Rogers was pulled over a chain-link fence, and as officers struggled to pin him to the ground, at least two officers were seen punching him — one landing blows to the face. Another officer appears to kick him as several struggled to handcuff him.

All the while, a woman who was videotaping the struggle from a nearby window yells at the officers and asks why Rogers is being struck and stunned.

Curran said in Mineola on Thursday that, like many viewers of the video, “I have questions.” She said she spoke with Singas, who she said is prepared to move forward with a “thorough review.”

Asked if she was concerned that Kennedy’s son was in the video, Curran said the mayor “was very clear with me to get this right to the district attorney’s office for that reason.”

On Wednesday morning, Kennedy told Newsday he did not think the police had done anything wrong but that he had asked the police department to prepare a report on the incident. The village released a statement about Kennedy's call for an investigation later that day.

Natasha Pierre of Farmingville said Thursday she has no idea how Rogers could have been involved in a high-speed chase because he does not have a car. Pierre said she is Rogers' girlfriend and has known him since May 2018.

“I have been crying. I look like hell. I’m disturbed,” Pierre said. “I read the news, and a lot of stuff in there [about what Rogers did] is blatant lies. It’s hard for me to believe they [police] were having a high-speed chase with Akbar Rogers.”

She said she has family members in the military and who are in law enforcement, so she understands the job and the role law enforcement officers play.

“I have been raised to love everyone, to get along with everyone," Pierre said. "But it’s getting to the point where it’s very hurtful that African-Americans can’t be themselves, can’t live the truth, can’t be treated fairly by those obligated to protect and to serve."

She said the police and the public should have a good relationship, but feels it has broken down.

“I really do hope we get to the bottom of this. It’s not right, it’s not right," Pierre said. "They could’ve done this another way. … He said he couldn’t breathe and they’re kicking him and hitting him."

Freeport Police Benevolent Association president Shawn Randall said in a statement that the PBA "stands behind" the officers.

"I am confident that when the judicial process is complete and all facts are presented, it will be confirmed that our officers did their jobs in accordance with the law,” Randall said in the statement.
Carmen J. Piñeyro, the first Latina elected to Freeport’s Village Board of Trustees, said she hopes the incident doesn’t resurrect old tensions between the community and police department.

“The video of the incident … appears to show use of excessive force and demands a full independent investigation by an outside independent unit,” Piñeyro said. “I call upon our district attorney to appoint an independent team to specifically focus on and investigate these events.”

The investigation, Piñeyro said, should include footage from body cameras worn by Freeport officers. “All of our uniformed police officers wear body cameras,” she added. “Any evidence that is available should be handed over to the independent investigator.”

“No matter what Mr. Rogers did, he should have been arrested and just have his day in court, instead of having to experience police brutality," Mackey said.

At least a half-dozen community organizations plan to hold a noon news conference Friday at Freeport's Refuge Apostolic Church to speak out against his treatment.

“We are thankful that the District Attorney’s office is reviewing the arrest captured in this video. We are deeply concerned by the contents of this video and believe a comprehensive, independent investigation is essential. As that process unfolds, we ask for the public’s patience as investigators perform their duties and establish the facts of the case.”

“The Freeport Police Benevolent Association stands behind our officers and the safety and security of the residents we serve. I am confident that when the judicial process is complete and all facts are presented, it will be confirmed that our officers did their jobs in accordance with the law.”

Editorial: Empanel a grand jury for Freeport police incidentQuick action is needed to assure residents and quell outrage. Curran, mayor call for probe of Freeport arrestA video of the altercation between village police and the suspect was shared widely on social media.