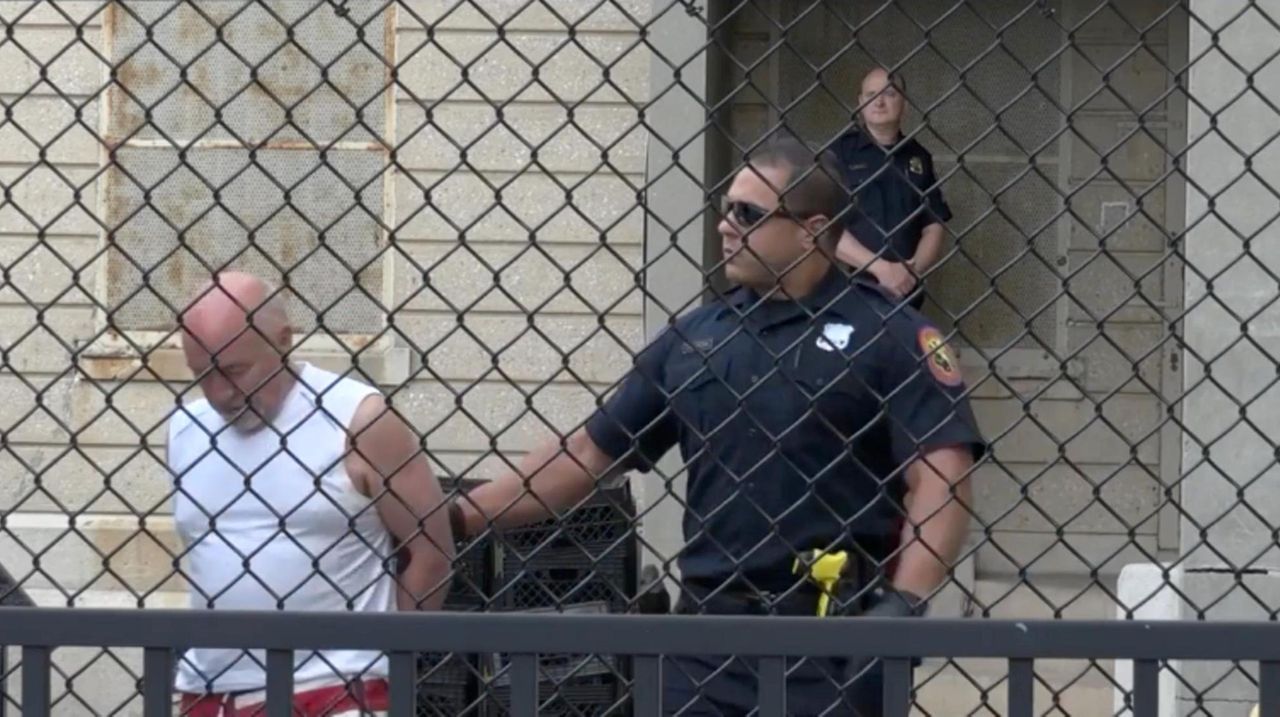 The BMW driver who allegedly struck pedestrians on a Freeport Village sidewalk Monday afternoon has been charged with driving while intoxicated and other crimes, police said. Credit: Jim Staubitser, Howard Schnapp

A Massapequa driver charged with striking three pedestrians, including an 11-year-old boy, had a blood alcohol content of more than twice the legal limit almost two hours after the Monday crash in Freeport village, according to a criminal complaint.

"I had one drink; it was a vodka Sprite," he told investigators, according to the complaint against him. He also said he was "coming from home" and he mentioned "Wantagh Parkway," the court papers said. Messling's blood-alcohol reading was .17 almost two hours after the crash, the complaint said.

Anything .08 or higher is considered evidence of intoxication.

The boy suffered head trauma that was considered non-life-threatening and was airlifted to Cohen Children's Medical Center in New Hyde Park, where he was in stable condition Tuesday, a hospital spokesman, Jason Molinet, said. Two adults, who had non-life-threatening injuries, were taken to South Nassau Communities Hospital, officials said.

The 11-year-old suffered a concussion, a hematoma in his head and "severe" abrasions, court documents said. One of the adults had several leg fractures, the complaint said.

“I think they’re incredibly lucky, to be unprotected in any way when you’re struck by a vehicle in high speed,” Dr. Jose Prince, who treated the boy, said in a news conference at Cohen Children’s Medical Center. “Really, the physics of that injury can be devastating.” Prince, who is chief of pediatric surgery at Cohen, said the boy also suffered a broken arm and facial scrapes.

Messling was traveling west on West Merrick Road, near South Long Beach Avenue, when his  BMW sedan mounted the sidewalk and hit the pedestrians about 4:10 p.m. Monday, authorities said.

“The defendant was observed having glassy, bloodshot eyes, slurred speech and a strong odor of alcohol on his breath,” before he was arrested, Nassau County police said in a news release Tuesday morning.

Authorities initially said four pedestrians were struck, including a 9-year-old girl, but revised the information Tuesday. The 9-year-old is a boy, police said, and he was not struck but taken to the hospital as a precaution. The younger boy's mother was one of the adults hit, police said. The relationships  among the four  were not clear Tuesday night.

He was represented by The Legal Aid Society of Nassau County, which has a policy of not commenting during the arraignment stage of a case.