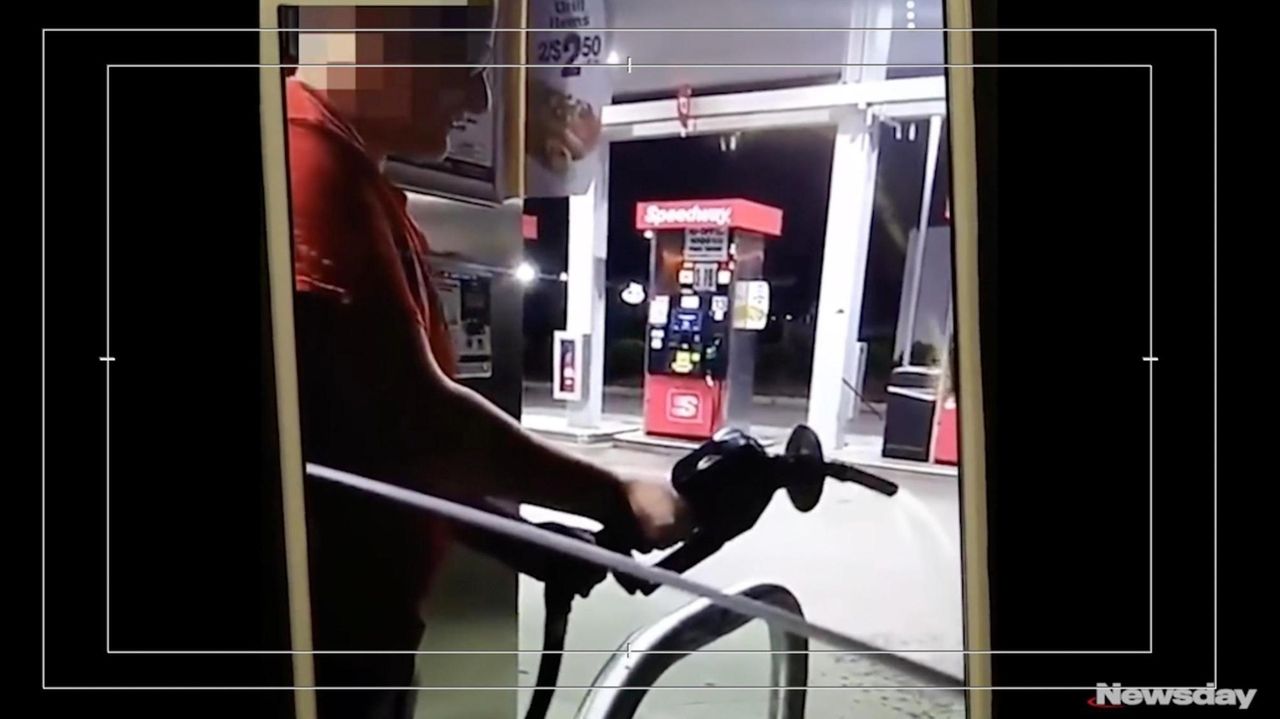 Suffolk County police  is looking to identify and locate a man, seen in this surveillance footage, spraying gasoline onto the gas pumps, spill buckets and concrete at Speedway gas station in Commack on July 6. Credit: SCPD

A man sprayed gasoline from the nozzle of a pump at a Commack station onto the pumps, spill buckets and concrete last month, police said.

The gasoline spilled into the drainage sewers and the cost of the cleanup and repairs will be about $2,000, Suffolk County police said in a news release Thursday.

Police released video and images of the vandalism, which they say took place about 9:30 p.m. on July 6 at the Speedway station at 1173 Jericho Tpke.

The man was seen smiling and wearing glasses, a gold chain and an orange shirt with black lettering on the front, and police said he appeared to be in his late teens or early 20s.

Anyone with information on the vandalism was asked to call Crime Stoppers at 800-220-8477, and a reward of up to $5,000 is available for information leading to an arrest, police said.

Earlier this week on Staten Island, surveillance video shows, a man filled a portable container at a gas station, then sprayed gasoline on the ground and set it on fire.

That man may have been injured when the flames erupted in his face, the video showed. He is still at large.