Terry, 63, of Roslyn Heights, said in Nassau County Criminal Court he had failed to file a 2010 state personal income tax return and did not pay more than $3,000 in taxes.

He had faced eight felony counts of state criminal tax fraud. He still faces federal charges of tax evasion and obstruction of the Internal Revenue Service.

Terry declined to comment after leaving the courtroom with his attorney, Stephen Scaring of Garden City.

Terry and the politics of LI corruption

The proceedings in Supervising Judge Christopher Quinn’s courtroom capped a fall from power for Terry, who influenced state, village, county and town politics.

Newsday reported in January 2016 that Terry had amassed a nearly $1.4 million tax debt while receiving $217,000 in income from six government contracts in 2015.

“It was the taxpayers who gave Gerard Terry most of his business, so his failure to pay his own share in taxes is all the more outrageous,” Nassau District Attorney Madeline Singas said in a statement. “We expect those who do business with our governments to follow the law and play by the rules, and this case underscores the importance of enacting strong controls to ensure that government contractors are properly vetted and hired through an open, transparent, and competitive process.”

Quinn said he would impose a “split” sentence of up to 6 months in jail and 5 years of probation. The judge set a sentencing hearing for Nov. 29.

Scaring said in an interview that Terry was hoping to avoid a jail sentence.

“We’re hoping the court is receptive to our sentencing submission, which will outline the circumstances that led to this very unfortunate circumstance,” Scaring said.

When asked why Terry was pleading guilty, Scaring said, “There comes a time in every case where you have to decide how you’re going to resolve the case, and Mr. Terry wanted to take the plea and put this behind him.”

As Newsday was inquiring about Terry’s tax liens in January 2016, he released a statement through his then-spokesman, Gary Lewi, a Manhattan public relations executive, acknowledging “a cascading series of major medical crises.”

“If this can happen to me, an officer of the court who has been involved in politics for all of his adult life, this can happen to anyone,” Terry’s statement read. “I have an obligation to use this experience to warn others that April 15th [the deadline for filing tax returns] is not something ‘you’ll get to.’” 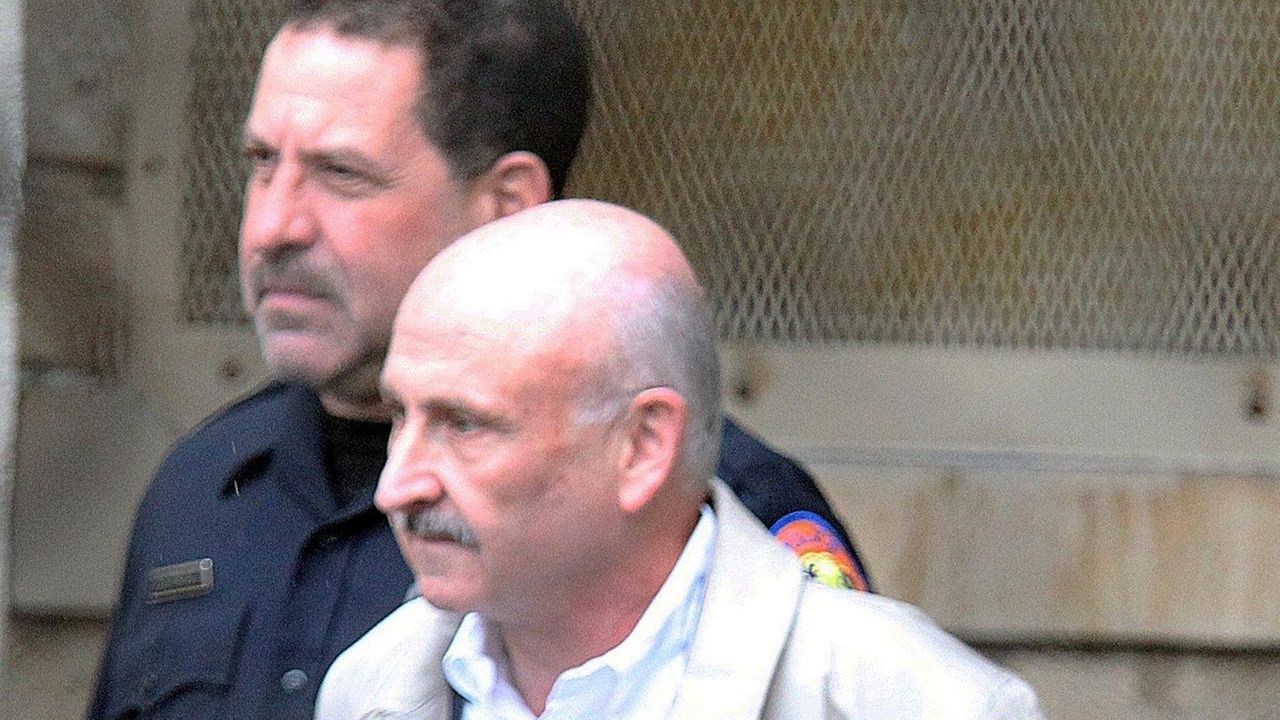 After Newsday published its report on Terry’s tax debt, Singas’ office acknowledged it had an investigation underway. Prosecutors said the investigation found that since 2000, Terry’s annual average salary ranged from $200,000 to $300,000 and that he “regularly failed to voluntarily pay New York State personal income taxes.”

Diane Peress, chief of the district attorney’s economic crime bureau, said Terry’s sentence on the state charge would run concurrently with any federal sentence. The court is also considering prosecutors’ request to waive the statute of limitations for Terry’s tax debts for 2009 through 2016, so Terry can be assessed civilly, Peress said.

In the federal case, Terry is accused in a complex scheme of avoiding payment of more than $1.4 million in taxes since 2000. Assistant U.S. Attorney Artie McConnell wrote in a court filing that Terry was also being investigated for “kickback, bid rigging and other procurement fraud schemes in Nassau County.”

Terry’s arrests led to a sweeping ethics reform package in the Town of North Hempstead, including a requirement that contractors advising town boards disclose substantial tax debts. The town’s ethics board later cited Terry’s wife, Concetta Terry, for failing to disclose her own debts in financial disclosure forms. She then resigned from her post as deputy town clerk.

Jan. 31, 2016 — Newsday reports Terry had for years received government contracts worth hundreds of thousands of dollars even as he compiled a nearly $1.4 million tax debt.

February 2016 — Terry loses contracts with North Hempstead, the Long Beach Housing Authority, the Nassau County Board of Elections and the Roosevelt Public Library Board.

April 12, 2016 — Terry is arrested and charged by Singas’ office with one count of criminal tax fraud

Jan. 31, 2017 — Terry is charged in U.S. District Court with tax evasion and obstruction of the Internal Revenue Service

Sept. 25, 2017 — Terry pleads guilty in the state case to one count of fourth-degree criminal tax fraud, a felony.

Lawyers: Talks ongoing to resolve tax caseA defense attorney and a federal prosecutor said they were engaged in discussions to resolve the case of Gerard Terry, a former power in the North Hempstead Democratic Party facing federal charges of income-tax evasion and obstruction of the Internal Revenue Service. Officials: Ex-party leader indicted by fedsFormer North Hempstead Democratic Party leader Gerard Terry was arrested by federal agents Tuesday and ... Brown: Horse often escapes ethics barn on LIEver notice how too many Long Island municipalities rush, and with great fanfare, to close the barn door? But too often it's after the horses escape.