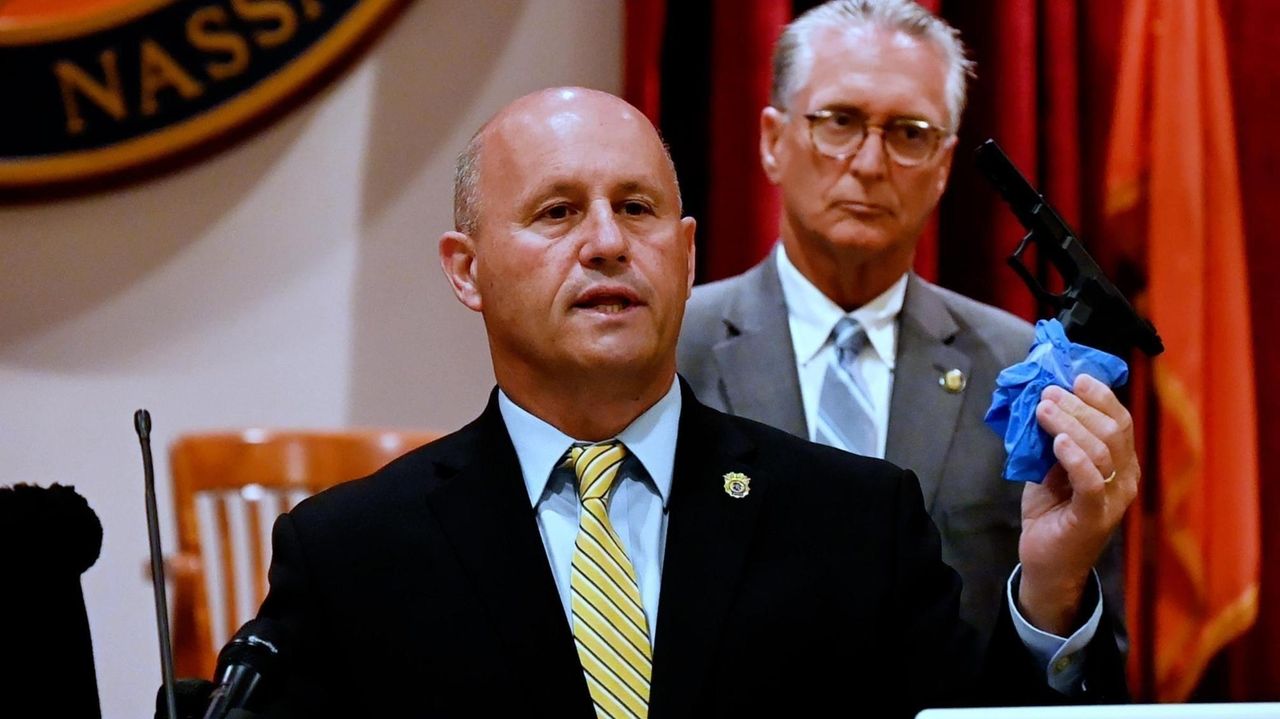 A Miller Place man and a passenger were arrested in Franklin Square Wednesday and charged after Nassau County cops found drugs and unlicensed firearms in the vehicle, including a polymer pistol frame used to build an untraceable "ghost gun," police said.

Members of the Criminal Intelligence Rapid Response Team also found 6.6 grams of hallucinogenic mushrooms in the vehicle, Police Commissioner Patrick Ryder said at a news conference in Mineola on Thursday.

Cinelli was held on $50,000 bond or $25,000 cash. Defense attorney Andrew Monteleone did not respond to a request for comment.

Marina Rubio, 26, of Farmingdale, was charged with criminal possession of a controlled substance and released on her own recognizance. Defense attorney Bob Schalk said he "looked forward to fighting this case in court."

The duo were arrested at 10:45 p.m. on Franklin Avenue after authorities discovered Cinelli's 2020 Toyota Tacoma parked in front of a fire hydrant. Officers stopped the pickup truck on Hempstead Turnpike and found the guns and empty shell casings, Ryder said.

"What you're looking at is a piece of plastic. It's a mold. It's a ghost gun," Ryder said as he displayed the homemade weapon. "This has no … ways to identify it."

Cinelli, who has prior arrests for resisting arrest, larceny, drug possession and assault, is due back in court Monday while Rubio is scheduled to appear Tuesday.