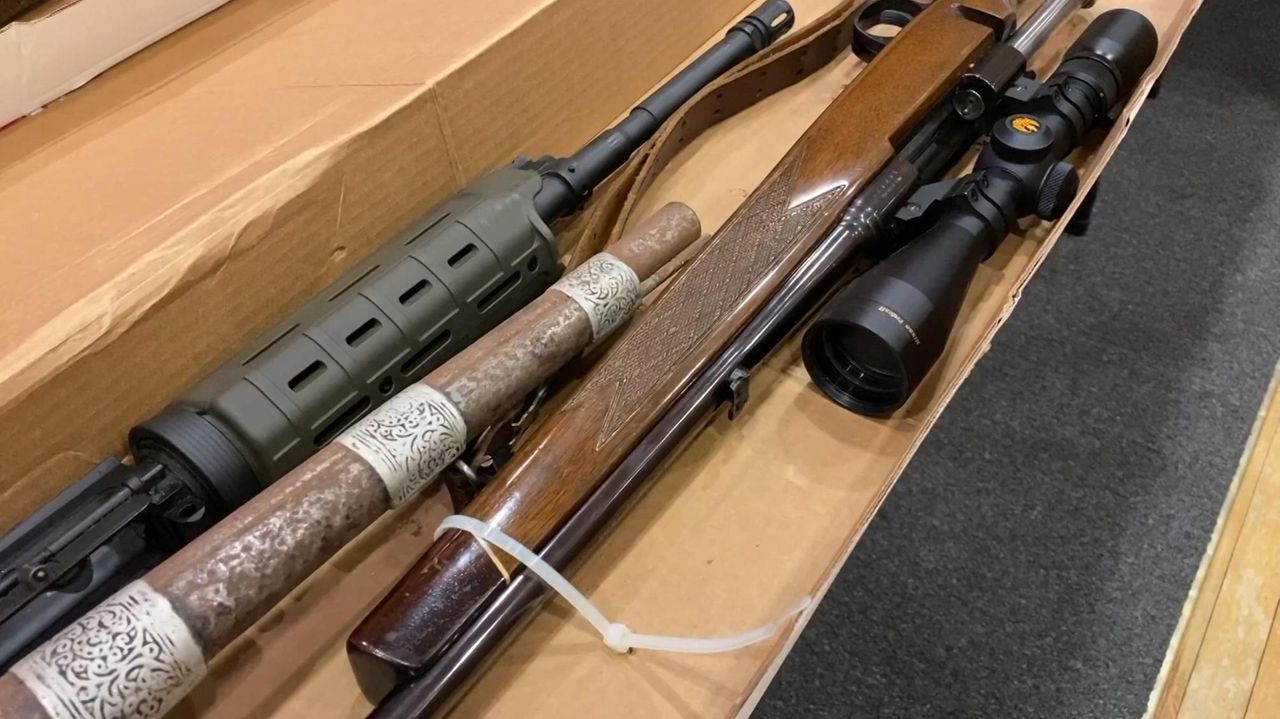 Police said they found 11 "ghost guns" — weapons that couldn't be identified and had no serial numbers. Credit: Howard Schnapp

A Port Washington man hoarded more than two dozen guns and assault rifles — including about a dozen untraceable “ghost guns” — and thousands of rounds of ammunition in his home, Nassau County police said Saturday, the day after his arraignment on weapons possession charges.

Dejana, who had no licenses for any of the weapons, was charged with first-degree criminal possession of a weapon, police said. He was arraigned Friday in First District Court in Hempstead, where bail was set at $200,000 bond or $100,000 cash. He could face up to 25 years in prison if convicted, Nassau County District Attorney Madeline Singas said.

Dejana's defense attorney was not listed. He is due back in court Tuesday.

“We took these weapons … out of the home of someone who should not possess those weapons,” Singas said. “This defendant possessed an arsenal of firepower. This is deeply disturbing this firepower was in a home in Port Washington in our county.”

Ghost guns are classified as untraceable guns without serial numbers, or those that may be untraceable. Some guns are assembled through kits or 3D printers and may not be detectable through metal detectors, Smith said.

“I can’t tell you what he may have planned for all these weapons,” Smith said.

Dejana, who has no prior criminal record, worked as a contractor and lived in the home with his wife, four daughters and two dogs. Detectives recovered an unloaded handgun with a plastic magazine and a pink Louis Vuitton holster in his 12-year-old daughter’s nightstand, police said.

“It is astonishing to think in one residence, these guns and this ammunition was being hoarded,” Nassau County Executive Laura Curran said. “Can you imagine the dangerous things that could have happened with this? It’s just unbelievable.”

Dejana was also found with 30 illegal ammunition magazines, including a double-barrel magazine that can attach to a rifle and fire 100 rounds of ammunition, police said. They also seized a body armor vest, several large bags of marijuana and various vials and pills of anabolic steroids, they said.

“While there are many responsible and licensed gun owners in our county, we allege John Dejana was not one of them,” Singas said. “When he wasn’t allegedly building guns in his home, just two blocks from an elementary school, he was flaunting them in hundreds of posts on Facebook.”