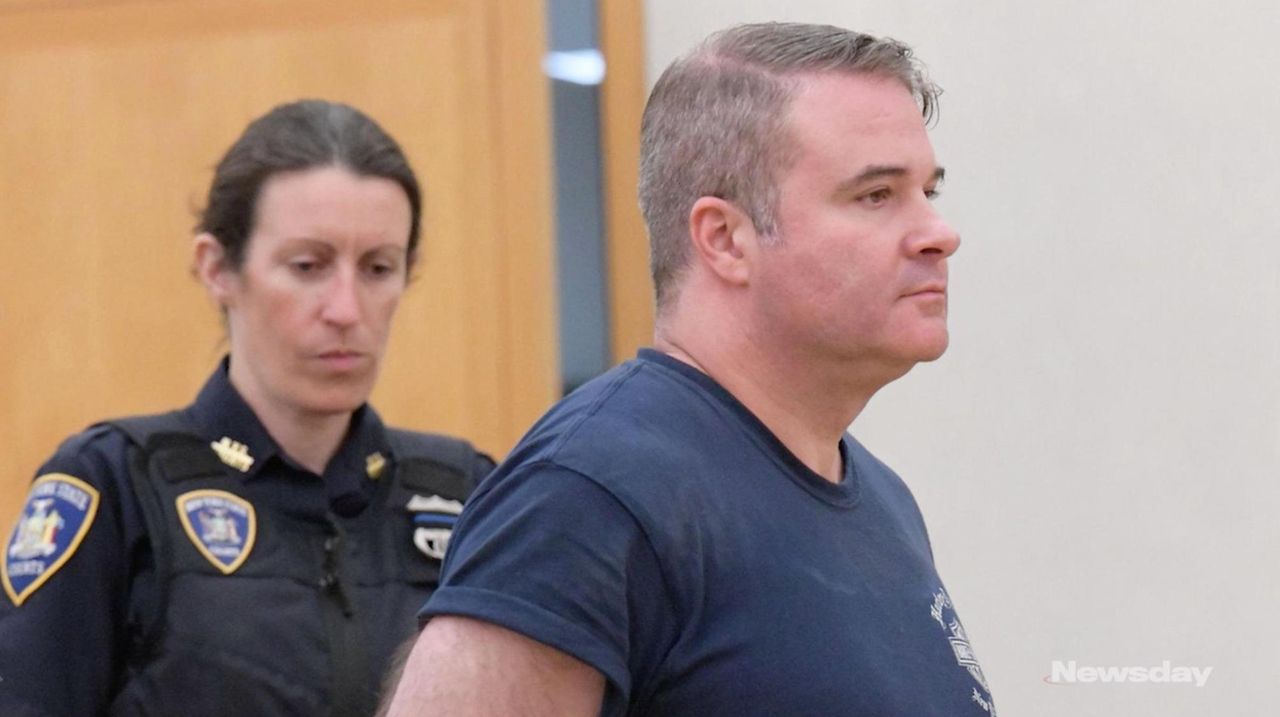 Matthew Bonanno, 47, pleaded not guilty Friday in Nassau County Court to a 13-count indictment that he criminally possessed assault weapons at his home. Credit: Howard Schnapp

A Great Neck plastic surgeon is facing more than a dozen new criminal charges after police seized a collection of guns from his apartment this summer following his arrest in Westchester on charges related to a slew of other weapons.

Matthew Bonanno, 47, pleaded not guilty Friday in Nassau County Court to a 13-count indictment that alleges in part that he criminally possessed five assault weapons and two pistols at his leased East Shore Road residence.

Bonanno, who hasn't made bail in his Westchester case, appeared in the Mineola court after his transfer to Nassau's jail ahead of his arraignment Friday.

Acting State Supreme Court Justice David Sullivan set Bonanno's bail in the new case at  $40,000 bond or $20,000 cash, citing the seriousness of the charges along with an appellate court decision related to his bail amount in the Westchester case.

Nassau prosecutor Michelle Kantor said the charges stemmed from weaponry that Tuckahoe and Nassau police found in Bonanno's home after his Aug. 12 arrest in Westchester.

Bonanno's attorney, Paul Gentile, told the judge his client was "an esteemed plastic surgeon" who was credentialed as a surgeon for the State Police and did work helping disfigured soldiers.

The Manhattan defense attorney also reiterated after court his prior contention that Bonanno is a gun collector and not a "domestic terrorist" — which he said Westchester authorities alleged.

Gentile said the August weapon seizure at his client's apartment was illegal and he expected the Nassau charges would be thrown out.

The surgeon's legal troubles began when Tuckahoe police arrested him after an acquaintance allegedly heard Bonanno make a threat against the lives of his ex-wife and her family and saw him display a gun after picking Bonanno up at the woman's home in that village.

Authorities also have said they recovered three unlicensed guns Bonanno allegedly kept at his parents' Westchester home and an illegal handgun he had in the acquaintance's vehicle at the time of his arrest.

In September, Bonanno pleaded not guilty to a 53-count Westchester indictment charging him with illegal weapons possession and a judge lifted an order that had prevented Bonanno from contact with his ex-wife after the woman said she didn't feel at risk.