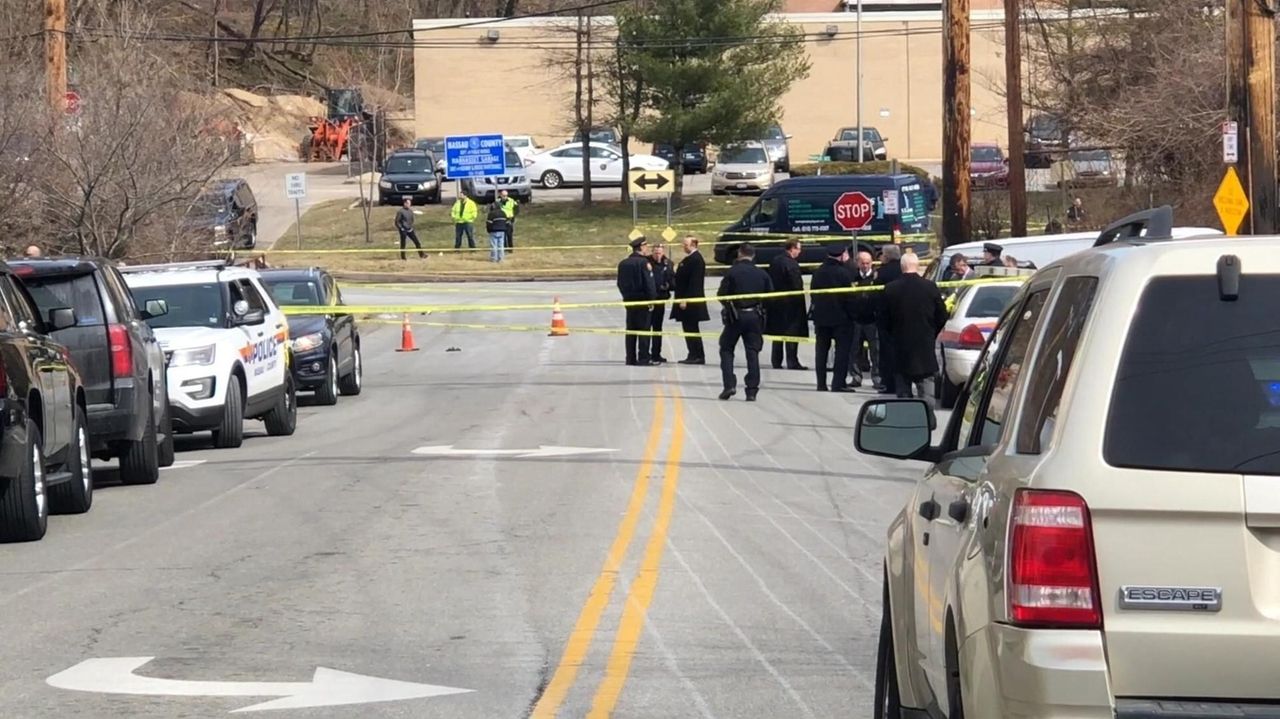 A Nassau police officer fatally shot a bat-wielding man who attacked two people during a road rage incident in Manhasset Monday, police said, and the NYPD said the same man had gone on an earlier crime spree in New York City.

Nassau Police Commissioner Patrick Ryder said the rookie officer, whom police did not identify, fired two shots at the unidentified man outside the Equinox gym after he refused several orders by the officer to drop the bat.

“The officer had no option but to fire and then stop that subject at that location,” Ryder said at a news conference near Maple Street and Bayview Avenue, where the road rage incident occurred, yards from where the shooting happened.

One bullet struck the man in his upper body, police said. He was taken to North Shore University Hospital in Manhasset, less than a mile away, where police said he was pronounced dead at about 11:30 a.m.

The same man, according to NYPD, earlier Monday had gone on a crime spree in which he drove a vehicle that struck and killed a 50-year-old man crossing Metropolitan Avenue, near Varick Avenue, in Brooklyn.

At about 4:30 a.m., the man hijacked a Honda Odyssey of a newspaper deliverer in Manhattan, and about 10 minutes later, hijacked another car at the corner of West and Harrison Streets, according the NYPD. On Saturday, the NYPD said, the man robbed $20 from a person in the Bronx.

In the road rage incident in Manhasset, at about 10:30 a.m., the man, driving a 2013 Volkswagen Tiguan SUV, stopped at a stop sign at Maple Street and Bayview Avenue, police said. A gray van and a blue van pulled up behind the Volkswagen.

“He was not moving. They beeped their horns,” said Ryder.

Then, without any words, police said the man came out of his car, carrying a baseball bat, and smashed the driver’s side windows of both cars that had stopped behind his SUV.

The driver of the blue van, who came out his vehicle to confront the bat-wielding man, was struck in the head, police said.

Meanwhile, the rookie cop, who was on routine patrol, came upon the attacks and followed the bat-wielding man for a short distance to the side of Equinox gym at the edge of Manhasset Valley Park.

Police said the man came out of his Volkswagen, carrying a bat, and refused to drop the bat as ordered by the officer.

“The officer showed great restraint and finally pulled out his Taser. He Tased the individual,” Ryder said. “It fazed him a little bit, but it did not stop him.”

Meanwhile, a civilian who stepped in to help the officer was also struck in the head, police said.

The man then turned his attention back to the officer, who police said fired his gun twice.

“He did an outstanding job today under the circumstances,” said Ryder.

The officer, who graduated from the police academy in February, was taken to Nassau University Medical Center in East Meadow and treated for trauma.

The two men injured during the attacks were also taken to North Shore University Hospital in Manhasset with non life-threatening injuries.

The investigation is ongoing.