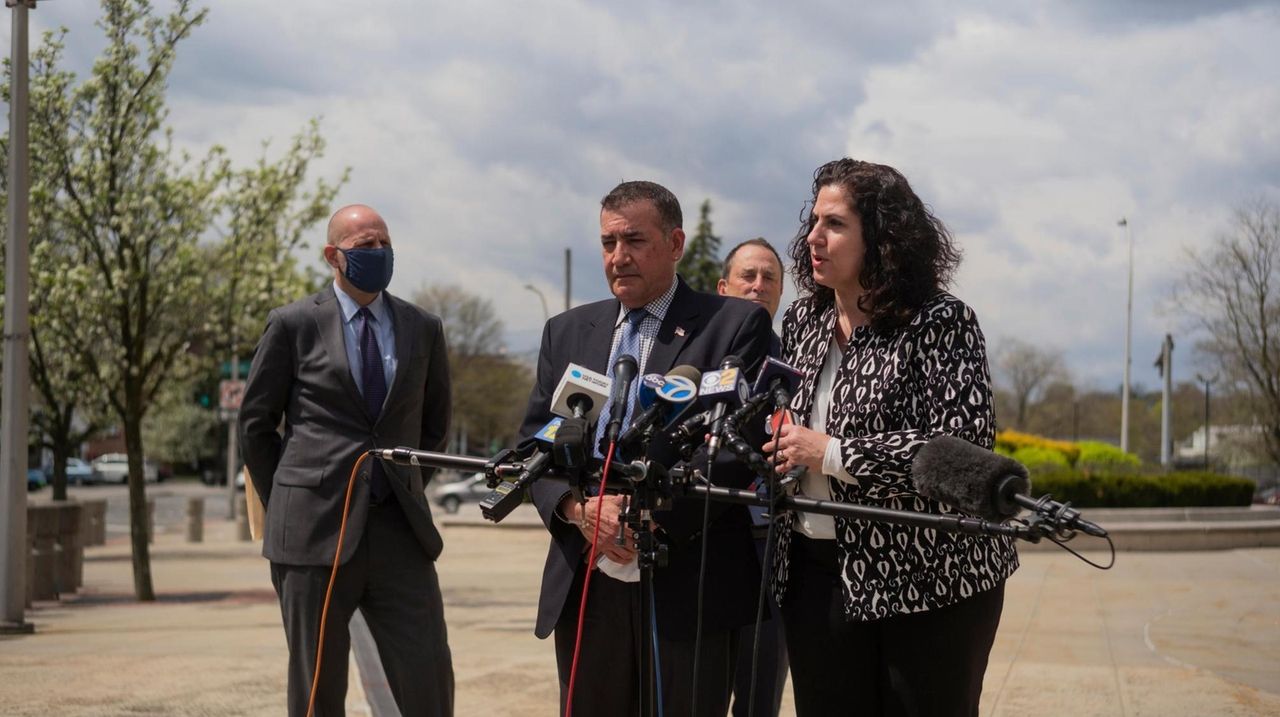 A disbarred attorney will spend at least the next 4 years in prison for what his sentencing judge Monday called a "despicable crime"— stealing nearly $1 million owed to an ex-NYPD cop from Kings Park sickened at Ground Zero.

Gustavo Vila, of Yorktown Heights, and himself a former NYPD officer, said he had no good explanation for the theft of more than $900,000 from John Ferreyra. Vila had represented Ferreyra in his quest for money from the September 11 Victim Compensation Fund. The fund was started to provide financial aid to first responders and others who fell ill from working at the World Trade Center pile after the 2001 terrorist attacks.

Ferreyra, 59, who had been working in a Manhattan traffic task force, helped direct civilians away from Ground Zero and on to boats ferrying people across the Hudson River to New Jersey after the attacks. Ferreyra also worked as much as 16 hours a day in search and recovery missions.

As a result of his work, Ferreyra, who retired from the NYPD in 2005, contracted non-Hodgkin’s lymphoma, officials said.

Both Ferreyra and his wife, Lisa McDermott Ferreyra, 57, told the judge in a White Plains federal courtroom Monday of their lost sense of trust after falling victim to their former attorney.

Outside the federal courthouse, Ferreyra said his medical condition was helped by a stem cell transplant from an unknown donor in France. The sentence imposed on Vila was just, he said.

"His betrayal is deserving of punishment," Ferreyra said, "and in my opinion, he got the sentence he deserved."

Vila, 54, who also worked at Ground Zero for a time, admitted to Briccetti on Monday that his crime was "disgusting." He pleaded guilty in October 2020.

"I am extremely ashamed of it," said Vila, who was sentenced by Briccetti to 51 months in prison and ordered to pay more than $867,000 in restitution to Ferreyra and his family. Vila admitted that he used the $900,000 for personal expenses and debts after his Westchester County law firm dissolved.

"It was a totally despicable crime," said Briccetti, who gave Vila until June 3 to surrender to federal authorities.

According to court records, Ferreyra was awarded more than $1 million from the compensation fund in September 2016. Vila, hired in 2012 to handle Ferreyra's claim, only gave him $103,062.

Vila kept the remaining $927,559 for himself and used the money to pay personal debts and settle mattesr related to the dissolution of his Westchester law firm, the records show.

A state fund to compensate victims of crooked lawyers did pay Ferreyra $400,000. It was was unclear Monday how Vila would be able to repay the remaining restitution from his prison earnings and any employment after his release.

The judge said Vila compounded the wrong by continuing to represent Ferreyra as an attorney even though he had been disbarred in 2015 for stealing more than $90,000 from another client.

Reopening puts LI business in squeeze on mask policies
Mom who lost child in boating accident urges boaters to sign up for safety courses
Former nurse charged with stealing more than 1,400 fentanyl vials, DA says
LI hunters' 2020 tally of deer, bear at two-decade highs
Cuomo: More than 10 million NYers have received at least one COVID-19 vaccine dose
0:48
Survey: Millennials of color unsure if Long Island can meet their expectations
Didn’t find what you were looking for?