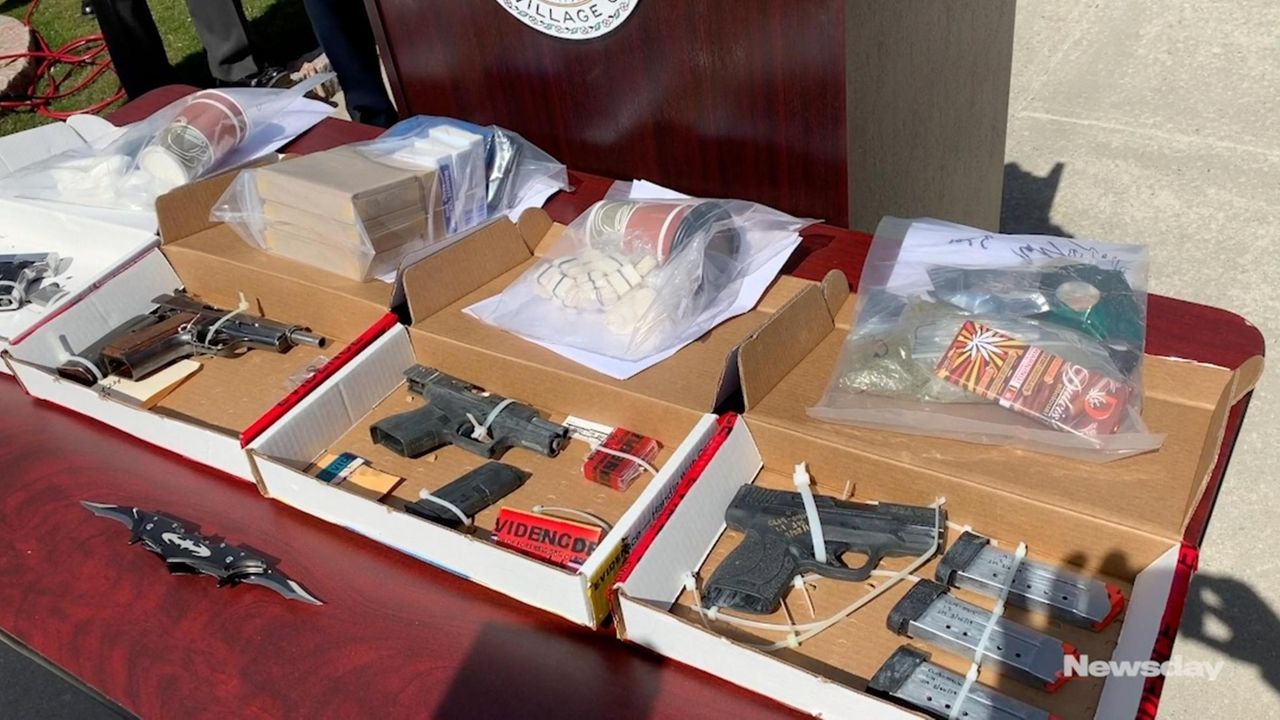 Standing in front of guns and drugs seized in the arrests, Commissioner Patrick Ryder described the "Hempstead Initiative" as an intelligence and team-driven effort by law enforcement at all levels — village, county, state and federal.

Bynoe played a key role in the initiative, reaching out to Ryder, Curran, Ryan and Johnson about her concern over violent crime and gun violence in the community, said Danny Schrafel, a spokesman for the legislature's minority caucus. The group had a series of working meetings where they shaped the initiative, he said.

“Our streets and our schools will be safer…," Bynoe said at the news conference, "and I am sure that we will be able to report back to our communities that our work is not in vain and that their support is most needed.”

Ryan pointed out that the village's 120-strong police force had reduced crime in the past five years and that the recent rise couldn't be tolerated.

“The safety and protection of our residents is our top priority,” Ryan said.

“This strategy has been showing real results,” she said. “We simply do not accept gang violence in our communities. We have zero tolerance for it.”

The village and county police forces are on the streets; federal and state officials help by identifying potential offenders, such as parolees, the officials said.

Still, “as we’ve said before, we can’t arrest our way out of the problem,” he said, hailing the reintroduction of a gang resistance and education program that will be paid for with forfeited funds.

Cash totaling $35,000, about $45,000 of crack cocaine and about $10,000 worth of heroin have been confiscated, he said. Charges that those arrested are facing include criminal possession of a weapon and witness intimidation.

Wednesday night, alleged Bloods member Gregory McTootle and his wife, Eunice, were arrested and a loaded .380-caliber pistol, 324 bags of heroin, 32.5 grams of heroin, 81.5 grams of cocaine and marijuana and THC edibles were seized from their home, Ryder said.

Hempstead‘s latest anti-crime strategy will end only when it is deemed a success, officials said.

“The funding is not an issue,“ Ryder said. “We’re going to be rolling this until we get it under control.”