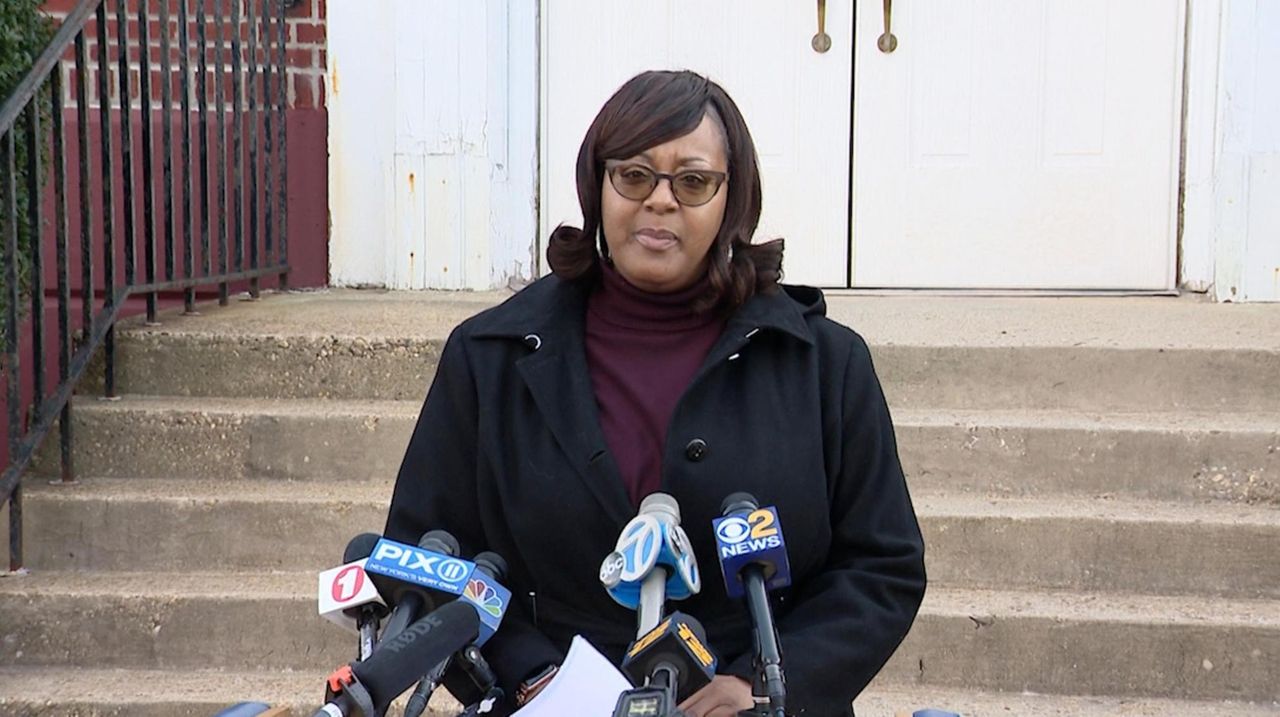 On Friday, acting superintendent of Hempstead schools Regina Armstrong said she was troubled, disturbed and appalled to learn of the allegations against John Joseph Finnegan Jr. According to a Nassau police spokesman, Finnegan Jr., 51, of Island Park, engaged in “inappropriate behavior” with three girls at the Jackson Annex School program and had “sexual contact” with one of the girls, age 10. Credit: News 12 Long Island

A Hempstead elementary school teacher has been arrested and accused of sexually abusing one girl and child endangerment of her and two others girls at an after-school program, Nassau County police said Friday — an allegation his attorney called "preposterous."

Officer Eric Evensen, a Nassau police spokesman, said that John Joseph Finnegan Jr., 51, of Island Park, engaged in “inappropriate behavior” at the Jackson Annex School program and had “sexual contact” with one of the girls, age 10.

Finnegan appeared Friday before District Court Judge Anthony Paradiso on charges of felony sexual abuse and misdemeanor endangering the welfare of a child, according to online court records. He was ordered held on $50,000 bail, which would be posted, said his attorney, Dana Grossblatt of Jericho.

The alleged crimes occurred on school grounds, Evensen said. He said he did not know what constituted the “inappropriate behavior” but said it was “enough to rise to endangering the welfare of a child.”

“They were all around the same age,” he said

Grossblatt said her client was innocent and called the allegations "absolutely ridiculous" and "preposterous."

"They're saying this took place in an open classroom with many, many children," where there were other staff members inside and out of the room nearby, Grossblatt said in an interview.

She said Finnegan, an art teacher, had a decadeslong unblemished record and had never been arrested.

Finnegan was arrested Thursday afternoon, according to a police news release, some time after police received “information concerning inappropriate behavior and sexual contact by a teacher regarding an incident” at the Jackson Street school.

The allegations came to light on Jan. 4, when a student reported an allegation of misconduct against Finnegan, according to Hempstead schools acting Superintendent Regina Armstrong. The school conducted an internal inquiry and then called in the police.

"It came out through the student," Armstrong said.

She said Finnegan was on a leave of absence, which she said was paid per law. He has been employed with the district for decades and has taught various grades and subjects.

Armstrong declined to further elaborate on the allegations.

"Our goal is to make sure our students are safe and supported," she said.