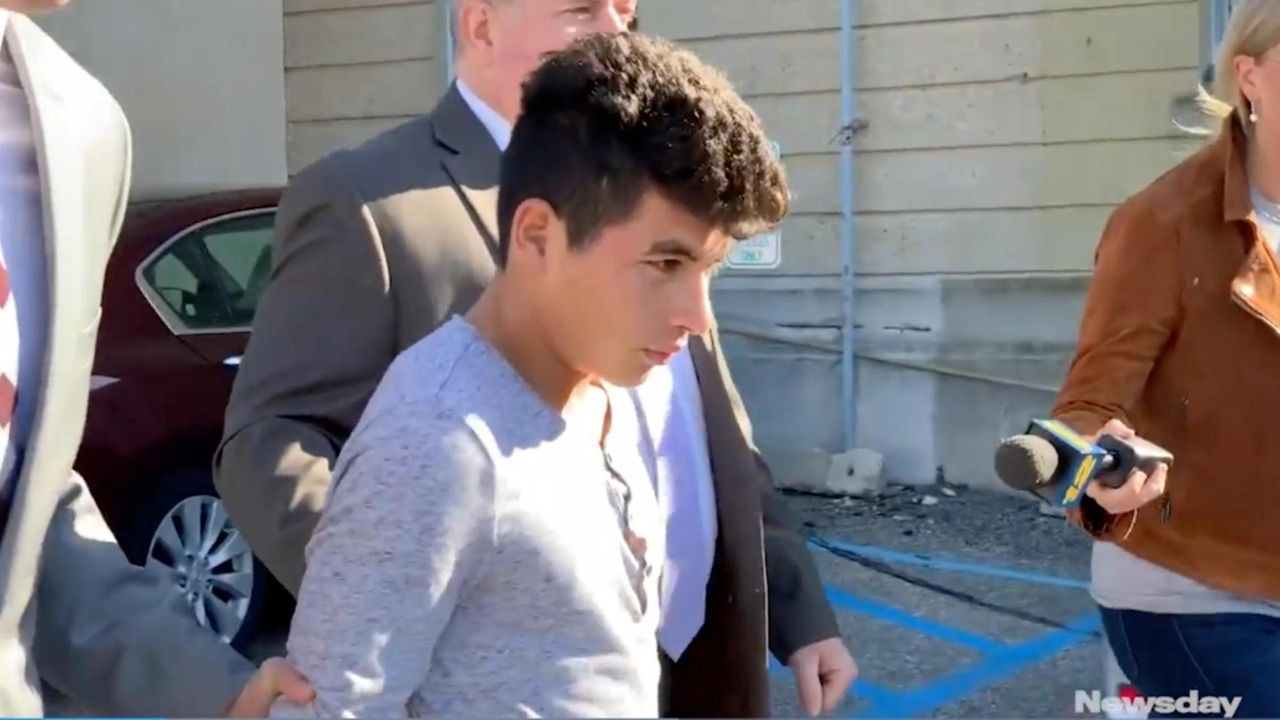 A fight between strangers over alcohol in a Hempstead village park ended in death when, police said, the teen accused of the killing picked up a knife he saw at the park entrance and fatally stabbed the other man.

Ortiz-Trochez came into the United States from Honduras about two weeks ago and had been living with a friend in Hempstead, Fitzpatrick said. He met Juan Gabriel Chic Sian, 35, in Brierley Park on Thursday. They did not know each other previously.

The two drank heavily together, then got into a brief fight over the alcohol and other items. Ortiz-Trochez grabbed the kitchen knife he had seen at the park entrance and ran back to stab Chic Sian, police said.

"They were fighting over nothing," Fitzpatrick said. "Just drunken fighting."

Chic Sian walked over to the nearby Laundry Palace and collapsed in the parking lot. Employees found Chic Sian and called 911 at 12:07 a.m. Friday, police said. He was taken to a hospital, where he was pronounced dead at 1:07 a.m.

Police conducted an investigation with “extensive video canvassing” and interviews of people in the park and nearby residents and merchants, Fitzpatrick said. The knife was recovered.

People identified Ortiz-Trochez’s “distinctive clothing” and he returned to the park Tuesday in the same outfit. Police who were already there arrested him, the lieutenant said.

"The Hempstead Initiative is proceeding as planned," Fitzpatrick said. "We strategically used that as well in our investigation to target certain areas of Hempstead."

Ortiz-Trochez was held without bail following his arraignment Wednesday at First District Court in Hempstead. He is being represented by the Legal Aid Society and is due to return to court Friday.

Social studies group wants students to take history exams
Trump's legal troubles grow even though he's out of office
Accuser: Cuomo not taking responsibility for 'predatory behavior'
Oceanside case testimony: Witnesses ID'd Tyler Flach as fatal stabbing suspect
2:07 Forecast: Overnight winds of up to 55 mph
Jennifer Furniture comes back to its LI roots
Didn’t find what you were looking for?