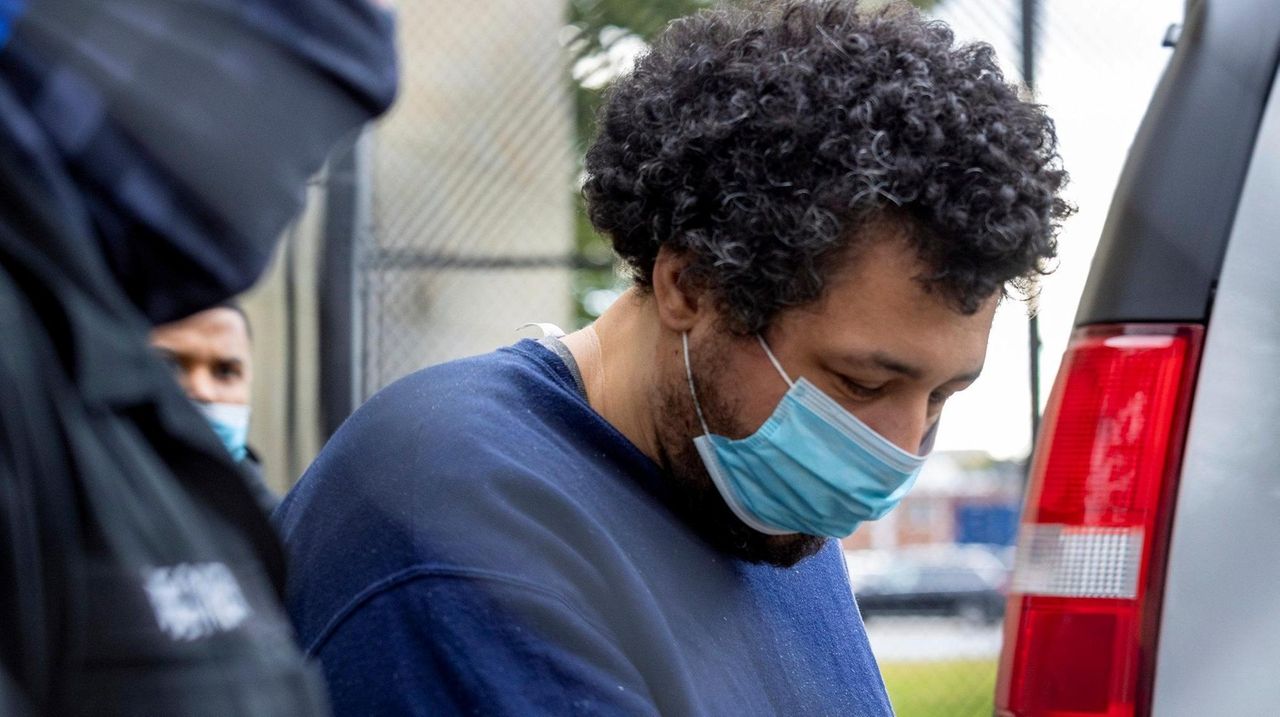 A Hempstead man who has undergone psychiatric treatment since his arrest in the triple slaying of his mother, sister and a family friend admitted Tuesday to carrying out the 2017 hammer attack in his family's home.

"He was always willing to take responsibility. It was just a matter of making sure he was competent and understood clearly the nature of the charges and what the punishment would be," his attorney, Derrick Magwood, said in an interview after court.

Vanderhall has suffered from schizophrenia for years and wasn't getting enough treatment for his mental illness when he lashed out, the Mineola defense attorney said.

Acting State Supreme Court Justice Patricia Harrington said she planned to sentence Vanderhall in December to 50 years to life in prison under terms of a plea deal that the prosecution and defense negotiated.

A grand jury had indicted the defendant on charges of first and second-degree murder, along with criminally possessing a hammer and knives and assaulting and attempting to murder another friend of his sister. That 29-year-old woman was able to escape the home before flagging down a passerby who called police.

The defendant’s mother, Lynn Vanderhall, had an order of protection against him, but he became enraged because the 58-year-old woman had thrown him out of the house, police had said.

Authorities said Vanderhall was homeless when he broke into the basement with a hammer and screwdriver at about 1:10 a.m. on Aug. 12, 2017, before launching the attack.

Authorities identified the other homicide victims as the defendant's sister, Melissa Vanderhall, 29, and her friend Janel Simpson, a Uniondale resident who also was 29. A police medic pronounced the three women dead at the scene at about 2:15 a.m.

Lynn Vanderhall spent three decades as a nursery school teacher, Melissa Vanderhall worked as a physician assistant at a Bronx hospital and Simpson was a medical company secretary.

Tears pooled in the eyes of Simpson's mother, Wendy Simpson, as she left court Tuesday with her pastor after Vanderhall's guilty plea.

"She's just broken up," said Pastor Patrecia Langley of the New Jerusalem Seventh-Day Adventist Church in Hempstead, who added that the Vanderhalls always had been kind to the mother.

Police arrested Vanderhall a few hours after the killings and said publicly that he had a history of "emotional issues."

The defendant went to Mid-Hudson Forensic Psychiatric Center for treatment, with the judge finding in February 2018 that he wasn’t fit to stand trial. The Nassau district attorney’s office said then that three psychologists had found Vanderhall not competent to stand trial and prosecutors had no reason to contest those findings.

Mid-Hudson personnel found by early 2019 that Vanderhall was able to stand trial. That was the decision Harrington ultimately also made after a defense expert came to the same conclusion about six months ago, Magwood said.

Court records show the defendant admitted to the killings and the attempted murder shortly after his arrest, Newsday previously reported. Vanderhall also told police his mother "was still being mean" after he hit her with the hammer, and talking to him like when he "was a kid" before he stabbed her.

Authorities said the victims died from blunt force trauma after Vanderhall fatally bludgeoned them with the tool and also used kitchen knives to attack his mother and sister.

Law enforcement officials said the woman who escaped suffered injuries to her wrist, arm and head after Vanderhall also struck her repeatedly with the hammer.

Vanderhall was found sleeping in a parked vehicle after briefly staying inside the home after the attack, police said. Magwood said Tuesday that his client hadn't left the home by the time police arrived.

The defense attorney also said Vanderhall had been hospitalized at least three times in the year leading up to the slayings at times when his mental condition deteriorated, but otherwise hadn't seen a doctor regularly before the tragedy in the Vanderhall home.

Nassau Acting District Attorney Joyce Smith extended sympathies to the Vanderhall and Simpson families in a statement Tuesday, following what she called a "devastating loss" after "an act of family violence."