Keonya Knight said she was sleeping at her grandparents’ house on Wellesley Street in Hempstead on Friday morning when she awoke to the sound of gunshots.

“It was quite a few,” she said. “The gunshots sounded really close.”

Authorities are seeking at least one person in connection with the shooting, Nassau Police Detective Lt. Richard LeBrun said. The motive and any possible relation to last week’s incident are under investigation. 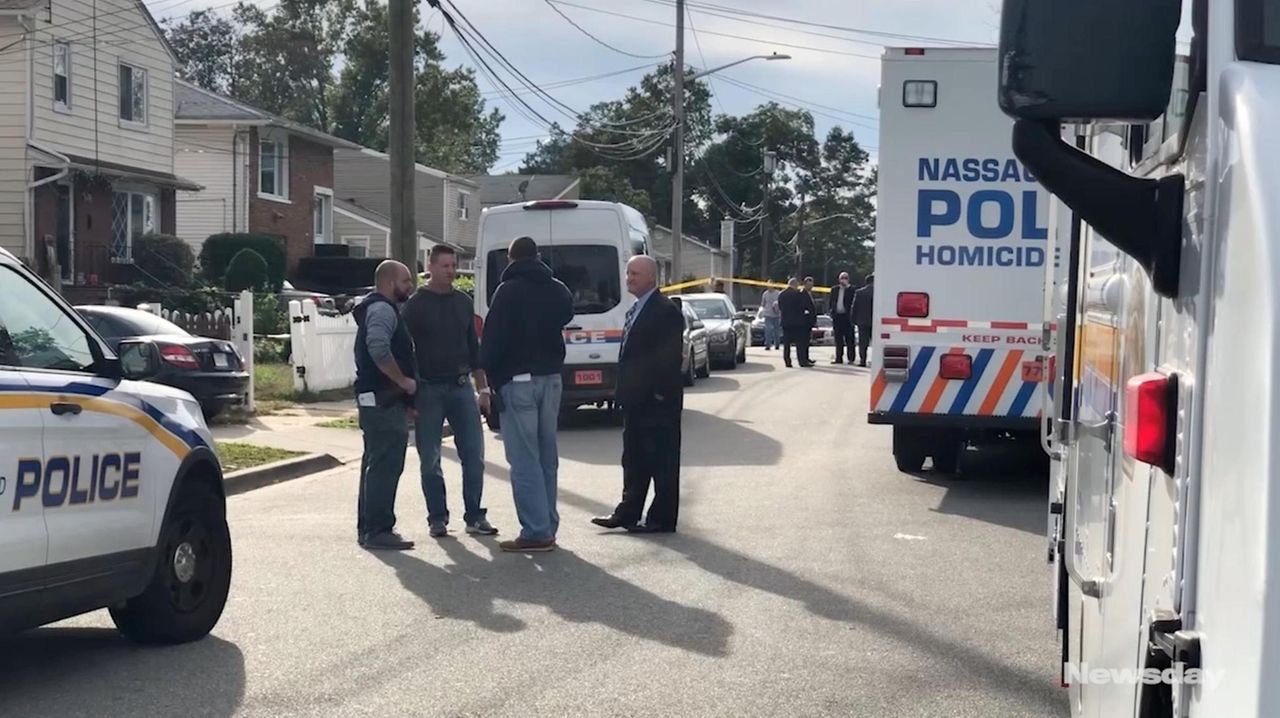 Police: 1 dead, 1 injured in Hempstead shooting Police and neighbors discuss the shooting Friday in Hempstead that left one man dead and another injured. Credit: Howard Schnapp

“We’re looking into every avenue,” LeBrun said at a news conference Friday afternoon at the scene.

One of Friday's victims was shot multiple times in the torso and pronounced dead at a hospital at 11:28 a.m., Nassau County police said in a news release. The other man was shot three times in his lower extremities and suffered non-life-threatening injuries, LeBrun said. The names and hometowns of the victims, both in their 30s, were not immediately released.

Jeffrey Lee, 23, of Roosevelt was shot multiple times Oct. 12 near a Hempstead preschool program at Dartmouth Street and Stewart Avenue. Police said the shooting started as a fight among other males.

Detectives from Nassau County and Hempstead Village’s homicide and gang units, as well as the county’s crime scene search unit and K-9 officers, were investigating Friday's shooting. A red SUV in a driveway on Wellesley Street had what appeared to be a bullet hole in its front passenger window.

The shootings are unsettling to the community. Knight, 30, of Uniondale, said her grandparents have lived on Wellesley Street for more than 50 years. “It used to be a good neighborhood,” she said.

In 2015, a stray bullet came through the window and killed 12-year-old Dejah Joyner while she was eating dinner in her Dartmouth Street home — a block from Friday’s shooting. Her killer, Jakwan Keller, pleaded guilty to second-degree manslaughter and was sentenced in June to 5 to 15 years in prison. Dartmouth Street unofficially since has been renamed Dejah Joyner Street.

Her father, Dameon Joyner, briefly stopped by the shooting scene Friday. He no longer lives there, he said, but wishes for more police presence.

“Somebody should have been walking the beat,” he said. “This needs to stop.”

Johnson and Joyner said they were troubled by the daylight shootings.

“They’ve gotten so brazen that they don’t even wait for the veil of darkness to commit these crimes,” Johnson said.

Valerie McFadden, a community activist, called for Hempstead residents to speak out about the spate of violence.

“My plea is for the community to come out,” she said at the scene. “We have to be outraged as to what’s going on.”