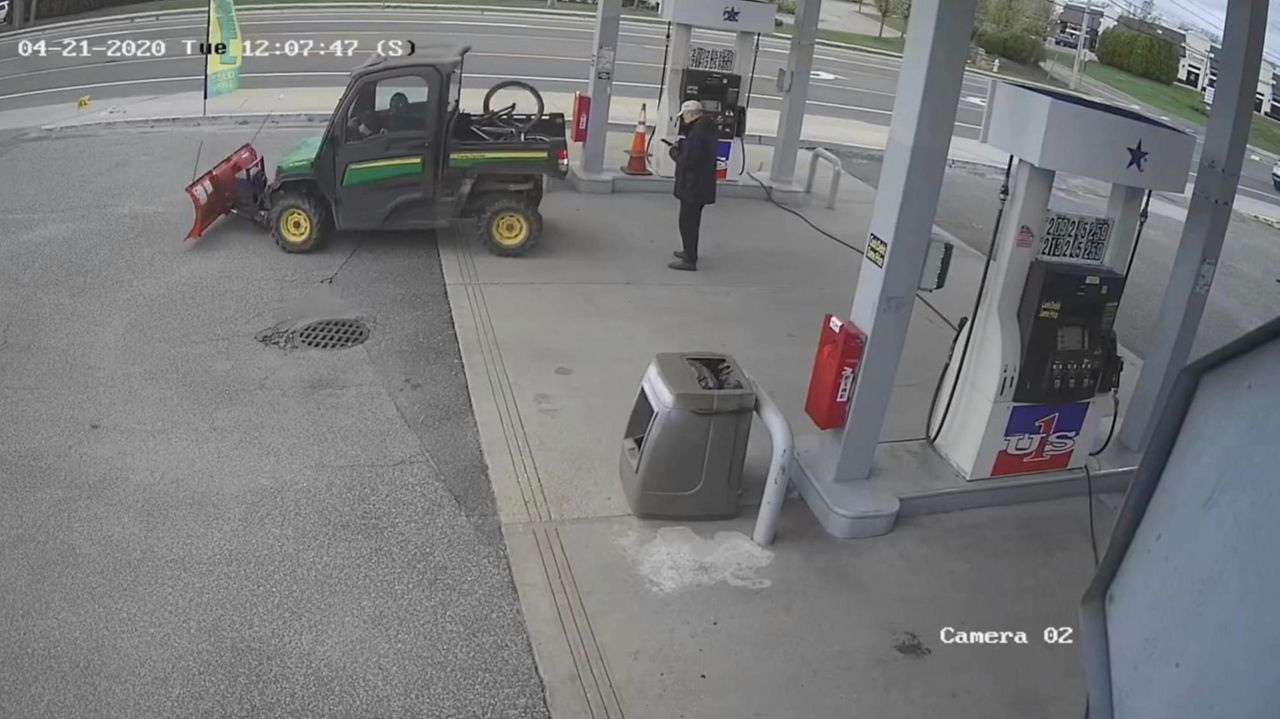 Police are looking for a man who backed into a gas station attendant in Coram, sending him crashing to the ground, last month. Credit: SCPD

Except, Suffolk County police said, for the man who stole a John Deere Gator utility vehicle last month in Port Jefferson Station, then crashed it in a hit-and-run that injured a gas station attendant in Coram.

Sixth Squad detectives have released surveillance footage from the U.S. 1 gas station on Route 112 — video that shows the suspect backing into the attendant, and knocking him down before fleeing.

Police said the incident began April 20 when the man stole the green Deere Gator vehicle, which had a plow attachment, from Vistas of Port Jefferson on Bicycle Path.

The next day, police said, the man drove the Deere to the U.S. 1 station, where video shows him pull up to a pump and hand the station attendant cash for gas.

But the attendant doesn't start to fill the tank. Instead, it appears he begins to question the man. The man first attempts to get his money back, as the attendant tries to stop him from leaving. Then, when the attendant pulls out his cellphone, the man begins to drive away from the pumps — only to return seconds later and back into that attendant, sending him crashing to the ground, the video shows.

The man then plows into a garbage can before driving off, leaving the attendant sprawled on the station ground.

Police said the attendant was injured, but did not give details. The suspect is now wanted for grand larceny and leaving the scene of an accident.

Police are asking anyone with information on the suspect or the incident to contact Crime Stoppers at 800-220-TIPS. Tipsters also can file tips using a mobile app that can be downloaded through the App Store or Google Play by searching P3 Tips, or online at www.P3Tips.com.

All calls, texts and emails will remain confidential, police said.

Tipsters are eligible for a cash reward of up to $5,000 for any information leading to an arrest.