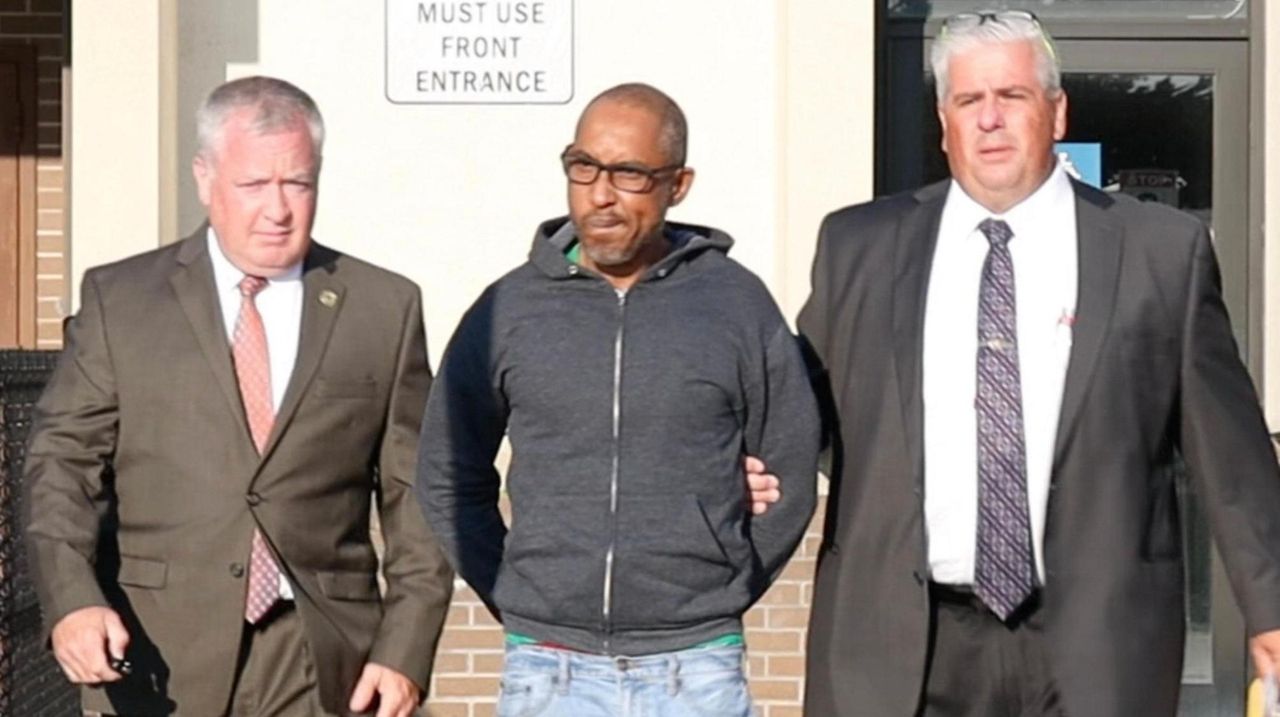 Wayne Chambers, 49, of Holtsville was charged Friday in the July 22 stabbing death in Holtsville of Sandra McIntosh of Medford. The nurse and flight attendant was remembered for her beauty inside and out and a "heart of gold." Newsday Cecilia Dowd reports.   Credit: Stringer News and Howard Schnapp

Suffolk County police on Friday arrested a Holtsville man in the stabbing death of a dedicated nurse and flight attendant whom he had been dating, police and the victim's family said.

Wayne Chambers, 49, of Falcon Avenue, was arrested in upstate Newburgh and charged with second-degree murder in the death of Sandra McIntosh, 46, of Medford, police said.

McIntosh was a flight attendant for American Airlines for 25 years and for the last seven years also worked as a nurse at Stony Brook University Hospital, said her sister Sophia McIntosh-Caines of Hempstead. She was also the mother of a 20-year-old son.

While police said Chambers and McIntosh were boyfriend and girlfriend, McIntosh-Caines said her sister had recently ended the seven-year relationship.

McIntosh was "the most beautiful person you want to meet," said her sister, who also described her as "jolly" and "cheerful" and as having "a heart of gold."

"Today is just a day we can actually mourn her … ," Sullivan said. "Now we can start the healing process."

Suffolk police said that on July 22, a resident of Woodland Avenue in Holtsville heard a woman calling for help at about 8 p.m. The unidentified resident found McIntosh on Woodland Avenue and called 911. A vehicle was seen fleeing the scene, police said.

Chambers was taken into custody by Suffolk police homicide detectives as well as Newburgh police, State Police and the U.S. Marshals Service.

Chambers was held after arraignment Saturday at First District Court in Central Islip, according to online court records. His attorney Richard Stafford, of Bohemia, could not immediately be reached for comment Saturday. Chambers next court date is Wednesday.

McIntosh-Caines said her sister was dedicated to her patients at Stony Brook through the COVID-19 pandemic. She would cry to her sister after many of her shifts, detailing how she had comforted dying coronavirus patients who were without their families.

"My sister worked all through COVID, never took a day off, holding patients' hands, who [were] not able to have their families with them in their last hours," said McIntosh-Caines. "That’s how I want my sister to be remembered, as a people person, a loving person, a caring person, that’s how I want people to know her and remember her."

Mourners are invited on Aug. 6 from 4 to 6 p.m. to the Roy L. Gilmore Funeral Home in St. Albans, Queens. A brief service is scheduled to begin at 6 p.m. The family has asked mourners to "wear something white or vibrant to celebrate Sandra's life."