Charges against Peter Visconti, Jr., who is accused of causing a four-vehicle crash that left a woman dead, were upgraded to homicide and manslaughter Friday, the Suffolk District Attorney's Office said. Credit: SCDA

Charges in a four-vehicle crash were upgraded to homicide and manslaughter against a driver who veered across the Long Island Expressway in March, killing a woman and injuring seven others, the Suffolk district attorney’s office said Friday.

His attorney, Vincent Trimarco of Smithtown, declined to comment.

Visconti was driving erratically in a Ford pickup March 31, veering twice on the westbound LIE in Shirley before hitting a minivan, then careening across to the eastbound side, where he struck another minivan and a motorcyclist, police said. 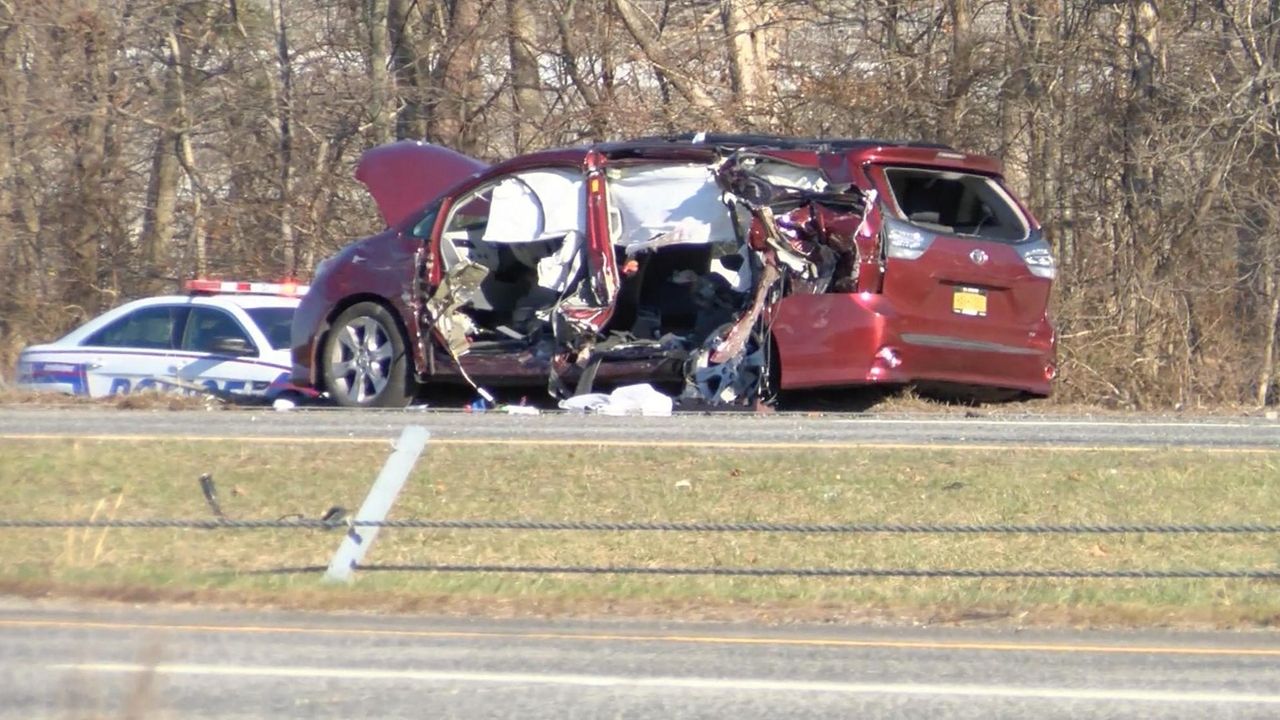 The impact with the eastbound minivan was so great that a side panel from the vehicle was impaled on Visconti’s pickup, according to District Attorney Timothy Sini.

He was also injured and taken to Brookhaven Memorial Hospital Medical Center, interviewed at the hospital by a police drug recognition expert, who concluded that Visconti showed signs of being impaired by a drug, Sini said in a news release. Visconti consented to a blood test, which tested positive for alprazolam, known as Xanax, and cocaine, prosecutors said.

Visconti initially had been charged with driving while ability impaired by drugs and aggravated unlicensed operation of a motor vehicle.

“This was a tragic incident that could have been avoided if not for the reckless actions of the defendant,” Sini said in a statement.

One passenger in the eastbound minivan was killed and six visitors from China in the van were injured, three of them seriously, officials said. The motorcyclist was also injured, police said.

Driver in fatal crash high on drugs, complaint saysThe officer who arrested the driver observed he had "glassy, watery bloodshot eyes" and "mumbled slurred speech." He also had Xanax and hydrocodone with him, the complaint said. Doctor: LIE crash's injured expected to recoverVictims injured in a fatal four-vehicle crash on the Long Island Expressway who were treated at two area hospitals are expected to fully recover, a trauma unit director said. One dead, driver charged in LIE crash, cops sayOne person was killed and eight were injured in a four-vehicle crash on the Long Island Expressway in Shirley Saturday afternoon, police and ambulance officials said.