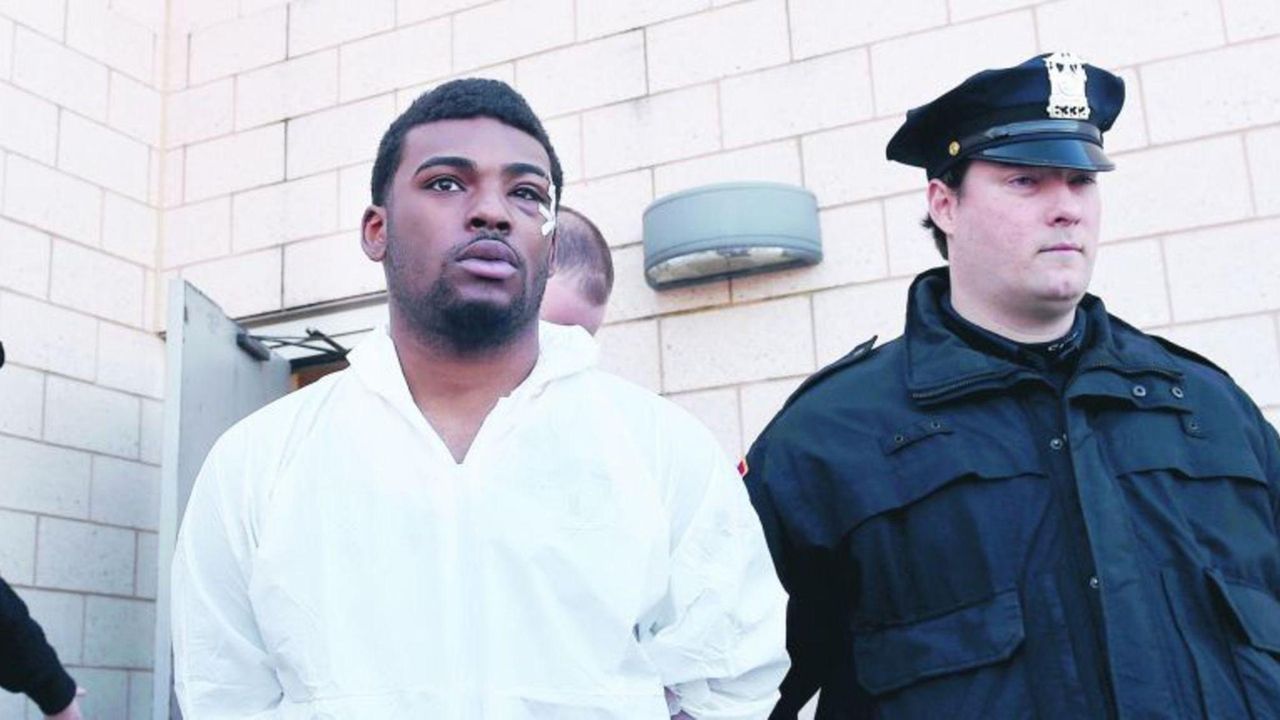 On Thursday, an Islandia man pleaded not guilty in Riverhead to an indictment charging him with attempted murder related to a shooting earlier this month at the Lake Ronkonkoma IHOP. Credit: Newsday

An Islandia man was merely defending himself when he fired five wild shots earlier this month in the Lake Ronkonkoma IHOP, a defense attorney said Thursday after his client pleaded not guilty in Riverhead to an indictment charging him with attempted murder.

The attempted murder charge was new for Deontrae Green, 19, since his arrest on March 4. The six-count indictment also charges him with first-degree assault, two counts of second-degree criminal possession of a weapon, first-degree criminal use of a firearm and first-degree  reckless endangerment. He faces a maximum of 30 years in prison if convicted.

Scheller said his client shot Corbin because he felt threatened. Corbin had hit Green in the head with a bottle the night before, Scheller said. Then, after a chance encounter in the restaurant, Scheller said Corbin walked past Green's table "in a menacing manner" and made a nasty remark. Scheller said Green thought he saw a gun in Corbin's waistband and reacted by shooting. Corbin's injury from one gunshot was not life-threatening.

"He's thankful no one else was hit," Scheller said.

However, Suffolk Assistant District Attorney Melissa Turk said it was "pure luck" that Green's gunfire hit Corbin only once, and missed everyone else. She said 23 other people were in the IHOP at about 1:30 p.m. when Green took out his .40-caliber Glock pistol and shot five times.

"Mr. Corbin fell back into a high chair and nearly knocked an infant into a table," Turk said. "It shows the defendant's complete disregard for others."

None of the other customers was injured, police had said.

The gun was recovered in a vacant lot not far from the restaurant, Turk said.

District Attorney Timothy Sini said after the arraignment that Green is a confirmed member of the Bloods street gang, although Scheller disputed that. Police had said this was an internal gang dispute, but Sini would not say if Corbin also is a Bloods member.

Like Turk, he decried the recklessness of gunfire in a crowded restaurant.

"You're eating pancakes one moment, and the next moment gunfire erupts and your infant is trampled," Sini said.

Sini dismissed the idea that Green was defending himself, noting that no gun was recovered from Corbin at the scene or the hospital.

"He evinced a clear intent to kill the victim, and showed absolutely no regard for the safety of the other patrons," Sini said of Green.

He said the case is still being investigated and it is not yet known if this shooting was connected to two others that happened that day in Coram or others in subsequent days.