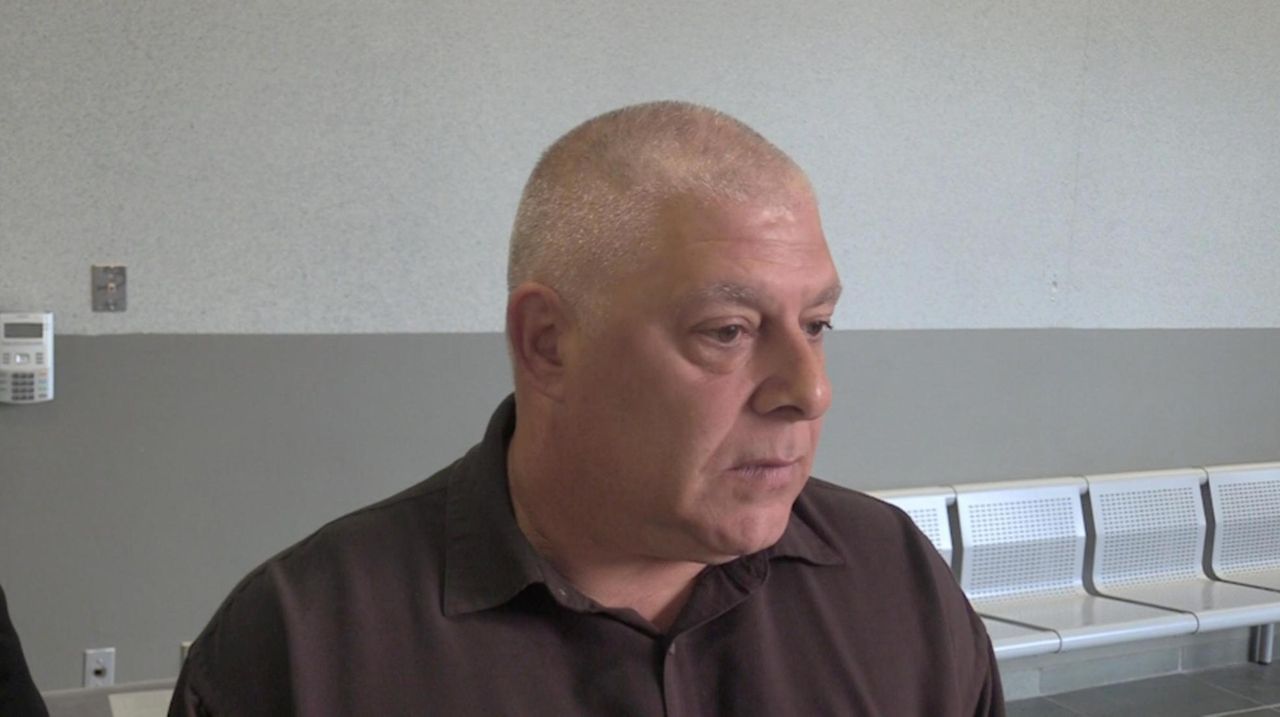 Anthony "Rock" Grazio of Smithtown, the man Suffolk prosecutors say was the leader of the largest illegal dumping scheme ever prosecuted in the state, apologized Monday in a Riverhead court. Credit: James Carbone

The leader of the largest illegal dumping scheme ever prosecuted in New York apologized Monday, saying he didn't know contaminated landfill was left at homes and businesses across Long Island.

“I apologize deeply to the people of Suffolk County and anybody who did receive the contaminated material, I just want them to know it was not done intentionally,” Anthony "Rock" Grazio, of Smithtown, said in a Riverhead court before his sentencing was adjourned.

But after court, Suffolk District Attorney Timothy Sini immediately challenged Grazio's apology. He said it was clear from wiretaps and other evidence that the dirt broker knew he was supplying contaminated fill to construction sites and landscaping projects.

“He had no regard for the safety of residents in Suffolk County,” Sini said.

The waste ended up at 21 locations in Suffolk County and three in Nassau, prosecutors said. Seventeen of those locations were homes and six of the homes had acutely hazardous material dumped there.

Homeowners have had to pay for the removal of the contaminated fill, put their home improvement projects on hold and in some cases lost the use of their property, authorities said.

Prosecutors said Grazio, 54, led the scheme. The investigation into “Operation Pay Dirt,” led to the unsealing of a 130-count indictment in November. Grazio was one of 22 people and nine businesses charged.

“This is a real turning point in how we handle environmental cases in Suffolk County,” Sini said.

Sini, elected in November 2017,  said he has made prosecuting environmental crimes a top priority for his office and he has hired prosecutors and investigators experienced in such cases.

“The days when folks can come from the city and dump toxic material in Suffok County, solid waste, hazardous material, and simply get a slap on the wrist or less are over,” Sini said. “Grazio will pay for his crimes, Let that be a message to all those who think they can make a quick buck off the backs of Suffolk County residents.”

Grazio pleaded guilty to two counts of second-degree criminal mischief, two counts of endangering public health and other charges in May. He was expected to be sentenced to 2 to 4 years in prison Monday, but Judge Timothy Mazzei rescheduled it until Sept. 22 so Grazio can be with his ill wife.

Grazio got construction debris from trucking and demolition companies, which he then provided to unwitting property owners who needed clean fill for landscaping or their own construction, prosecutors have said.

Some of the fill was contaminated with diesel fuel, volatile organic compounds, heavy metals and other toxic substances, according to prosecutors.