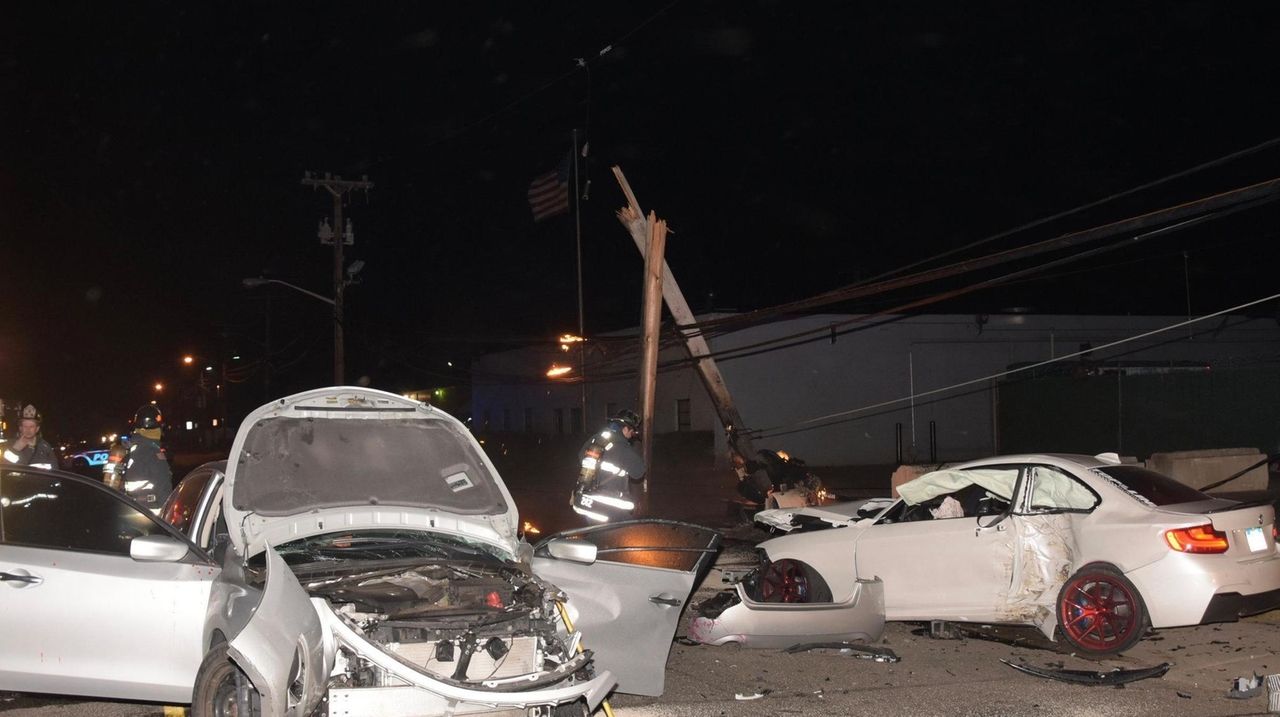 A Wyandanch teen was arrested Tuesday morning after being involved in a motor vehicle crash last month while illegally street racing in East Farmingdale, police said. The crash, which injured two people, involved a 2015 BMW and 2015 Nissan, and took place in front of 148 Central Ave. in East Farmingdale on April 15 at about 11:55 p.m., police said Credit: Suffolk County Police Department

A Wyandanch teen was illegally street racing a BMW when he crashed into another vehicle in East Farmingdale last month — an incident that was captured by a bystander on video, Suffolk police said Tuesday.

The 18-year-old, who was not identified by police because of his age, was charged Tuesday with third-degree assault, illegal speed contest and reckless driving, all misdemeanors, authorities said.

The suspect was involved in an illegal street race on westbound Central Avenue on April 15 shortly before midnight when he crashed into a 2015 Nissan, which had just pulled out of parking lot at 148 Central Ave., police said.

The Nissan’s two occupants were treated at Good Samaritan Hospital Medical Center for multiple injuries that were not life-threatening, police said.

Roughly a week after the crash, Suffolk police received a 4-second recording of the crash from an anonymous county resident, authorities said. The video, released by police Tuesday, shows the street race and the moment of impact.

Crime Section officers from the First Precinct used the video to identify the teen, who was arrested Tuesday morning. The BMW was seized under a county law for being involved in an illegal race, police said.

The teen will be arraigned July 6 at First District Court in Central Islip.