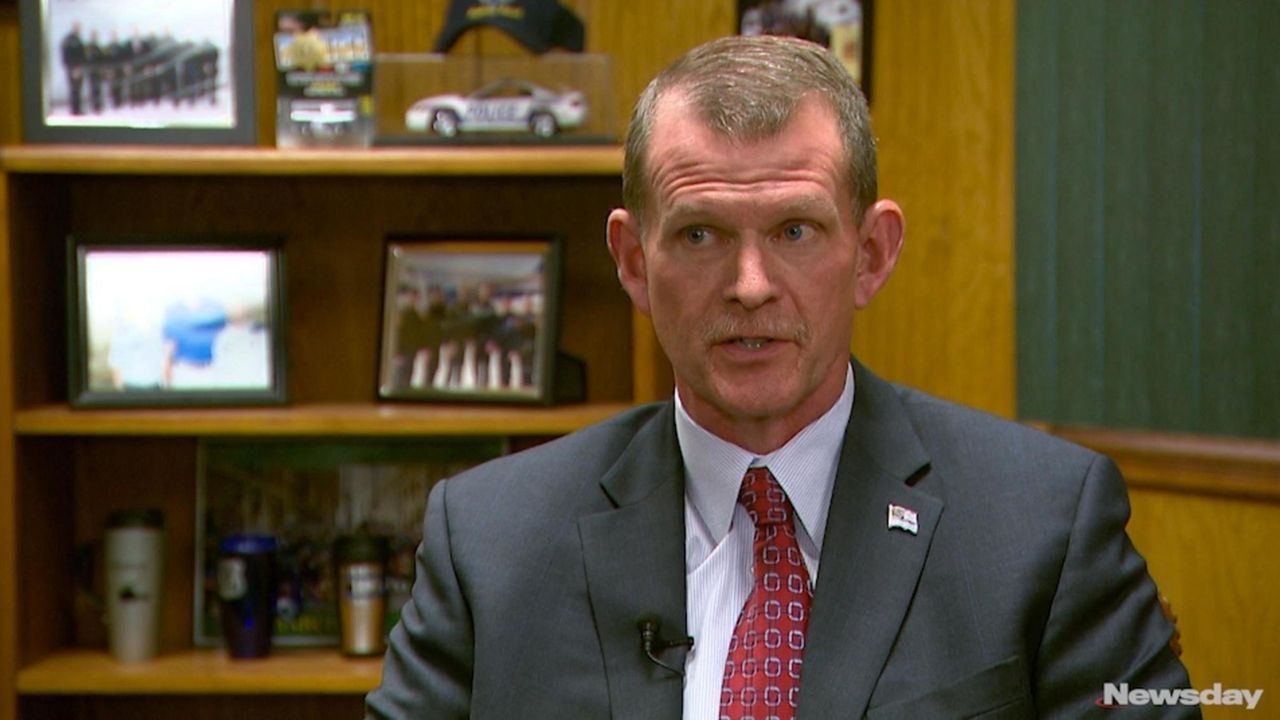 Suffolk County District Court Judge Robert Cicale was arrested Thursday morning on a burglary charge after he entered a neighbor's home In East Islip and then ran away after realizing someone was inside the residence, police said. Credit: News 12 Long Island

A Suffolk District Court judge was arrested Thursday and charged with burglary, after Suffolk police said he entered a neighbor’s home in East Islip without permission.

Robert Cicale, 49, of Donna Place, is scheduled to be arraigned Friday in the same kind of court where he presides, police said. He was arrested at about 9 a.m. after he entered a neighbor’s home on Donna Place and then ran away after realizing someone was inside the residence, police said.

He is charged with second-degree burglary and was being held overnight at the Third Precinct before arraignment in First District Court in Central Islip.

It was unclear Thursday evening if he had an attorney.

Acting Police Commissioner Stuart Cameron said a 23-year-old female was at the home alone when she heard a noise and saw a man in the house. When police responded to her 911 call, they found a man outside who matched the description she gave and who later was identified as Cicale, Cameron said.

Police found female underpants in Cicale’s possession, but it was unclear whether the underwear was stolen Thursday, Cameron said.

“He was found with . . . female undergarments. We don’t know if these were the proceeds from the burglary today or a previous break-in,” Cameron said in an interview Thursday.

It was unclear whether the judge knew the woman at the house, he said.

Cicale was elected in 2015 on the Republican, Conservative, Green, Independence and Reform party lines. He also served as Islip Town attorney and worked for the Legal Aid Society, which represents indigent defendants.

A spokesman for the state Office of Court Administration, Lucian Chalfen, said in an email: “We will be addressing the judge’s status in the morning. He will be arraigned by a Nassau County district court judge who will be sitting in Central Islip.”

Chris Brocato, president of the Suffolk County Criminal Bar Association, said, “He has a reputation not only as a good judge but as a good human being, too.”

He said the judge was “universally loved” by prosecutors and defense attorneys, adding “This is a very nice individual, a very compassionate individual.”

“When you knew you had to go to D-52 [his courtroom], you knew you were going to be treated fairly,” Brocato said.