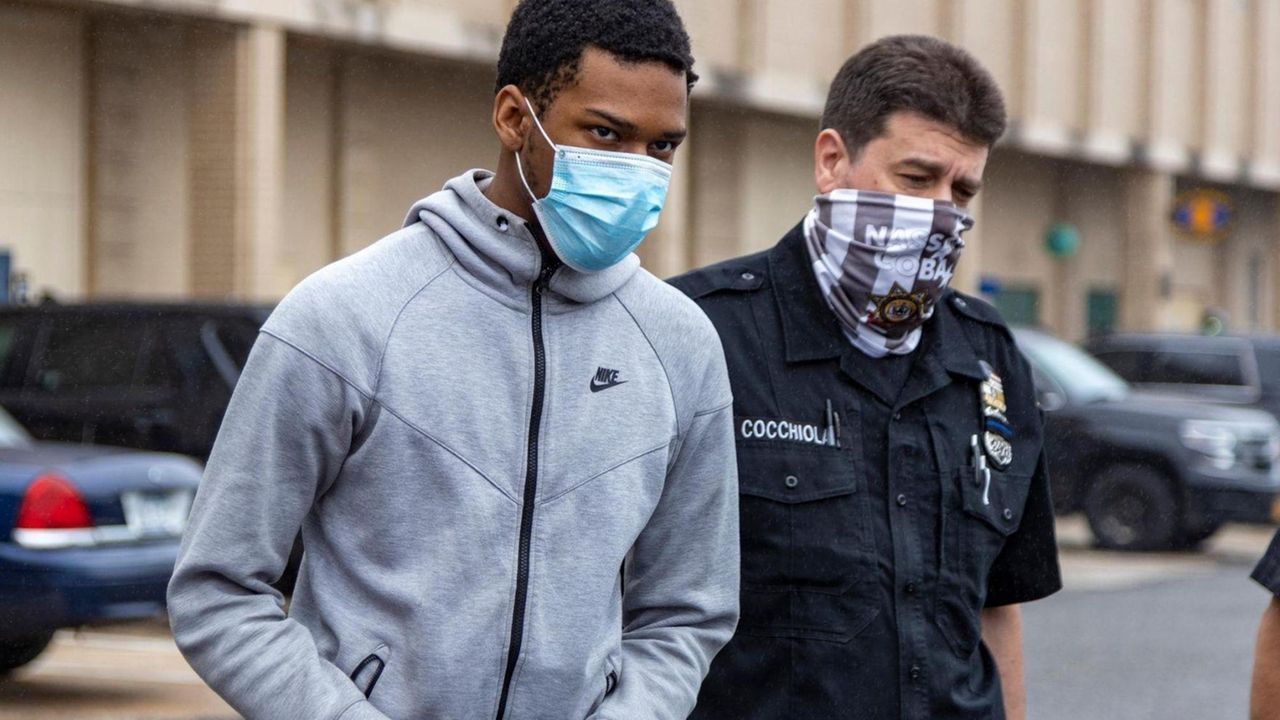 According to Nassau County police, Thomas Massenburg, 20, of Jamaica, Queens, has been charged with shooting and killing a 21-year-old Hempstead man at a Fourth of July party in North Massapequa last year following a dispute between two factions over a woman. Newsday's Steve Langford reports. Credit: Newsday; Photo Credit: Paul Mazza

A Queens resident has been charged with shooting and killing a 21-year-old Hempstead man at a Fourth of July party in North Massapequa last year following a dispute between two factions over a woman, Nassau County police said.

Massenburg was arraigned in District Court in Hempstead on Thursday where he was held without bail.

His head down, Massenburg declined to answer questions from reporters Thursday as he was lead into Nassau police headquarters.

Two factions got into a verbal dispute about a female that escalated to gunfire, he said. Massenburg, who was also shot during the party, allegedly opened fire, killing Cummings and injuring the second victim, Fitzpatrick said.

"There was a heated dispute over this female," Fitzpatrick said. "Then it's 'What group are you with? I am with this group.' Then the guns came out and the shots started firing."

Massenburg was arrested in Brooklyn by the NYPD on unrelated charges of criminal possession of stolen property. He was released and immediately detained by Nassau police on the homicide charge.

He has previous arrests for criminal possession of a weapon, forgery and marijuana possession, Fitzpatrick said.

Massenburg is due back in court on Monday.