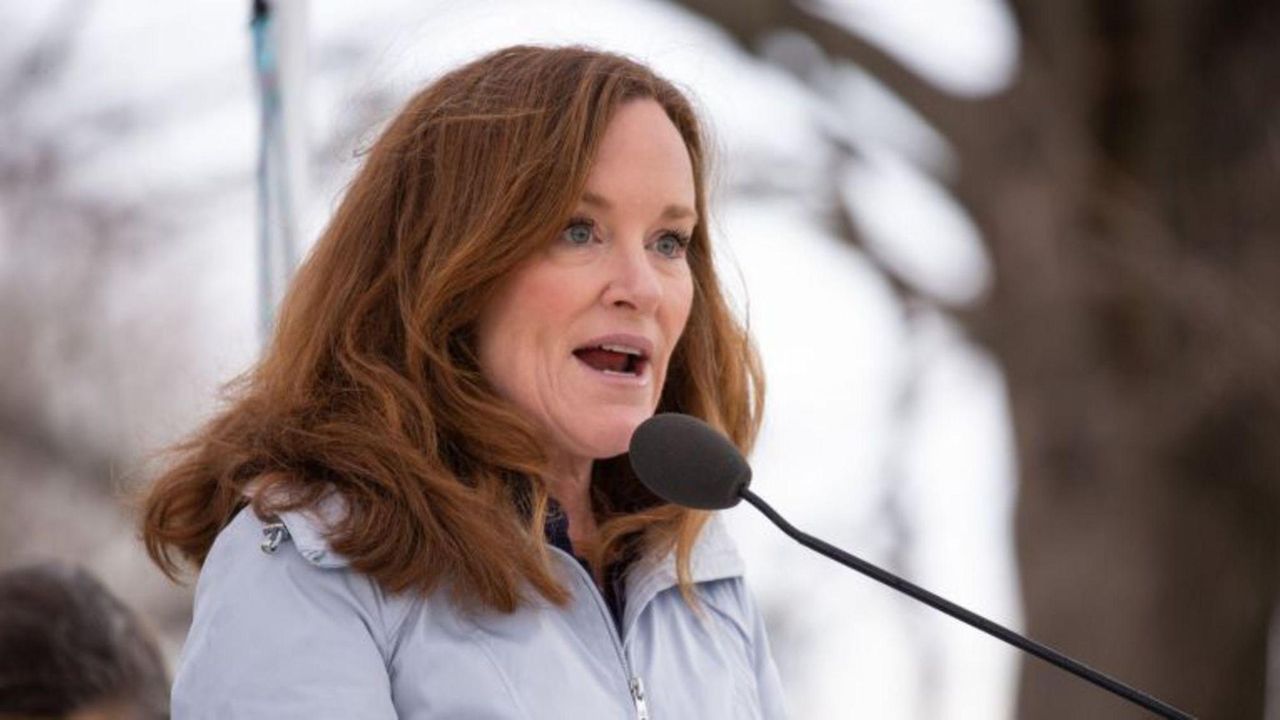 Rep. Kathleen Rice on Thursday introduced a package of bills to combat impaired or distracted driving, including a requirement that within 10 years all new cars be equipped with technology to detect if a driver is under the influence. Among other things, the bills would also set federal criminal penalties — similar to those in effect in New York — for motorists who drive intoxicated or impaired with a child in the vehicle. Credit: Howard Schnapp

Rep. Kathleen Rice has introduced a package of bills to combat impaired or distracted driving, including a requirement that within 10 years all new cars be equipped with advanced technology to detect if a driver is under the influence.

The bills would also set federal criminal penalties — similar to those in effect in New York — for motorists who drive intoxicated or impaired with a child in the vehicle and would create an education grant program to address distracted driving.

“I’ve met too many parents who have lost a child to this senseless crime,” said Rice (D-Garden City), a former Nassau County district attorney, at a news conference Thursday at Eisenhower Park in East Meadow. “Enough is enough. We need to act.”

The End Drunk Driving Act would give automobile manufacturers a decade to equip all new cars sold in the United States with technology that detects a driver’s blood alcohol content and prevents the vehicle from moving, if the driver is at or above the legal intoxication limit.

Two different technologies are being developed by the Driver Alcohol Detection System for Safety program, a research partnership between the National Highway Traffic Safety Administration and the Automotive Coalition for Traffic Safety, which represents 17 automobile manufacturers.

One program, a touch-based system, measures blood alcohol level content under the skin’s surface by shining an infrared-light through the fingertip of the driver. The other system measures alcohol as a driver breathes normally, when in the driver’s seat. The technology could be ready for fleet use by 2021 and for consumer use by 2023.

A 2014 University of Michigan study found that requiring DWI-prevention technology in all new cars could prevent roughly 85 percent of all drunken driving-related deaths and injuries over 15 years, saving more than 59,000 lives and avoiding an estimated 1.25 million injuries.

The study, which proposed the use of ignition interlock devices in all vehicles, found the technology would save $343 billion within 15 years — recovering the cost of installing the devices within three years.

Alisa McMorris wonders whether the technology could have saved her son, Andrew, a Wading River Boy Scout who was killed eight months ago by a driver accused of driving drunk after drinking vodka while playing golf in Manorville.

“The day I lost my son was the worst day of my life,” McMorris said. “Part of me died that day. It shattered my family, my community and changed me in a way that I cannot even begin to describe for something that was 100 percent preventable.”

Rice said the cost of the installing the technology in every vehicle is not yet clear but would be incurred by the auto manufacturer and likely passed on to the consumer.

“But you tell me if people didn’t think it was worth paying a little extra for car to have a seat belts or an air bag in it,” Rice said. “These are technologies that save lives.”

Jason Levine, executive director of the Center for Auto Safety in Washington, said the technology is a “potential game changer” that could save thousands of lives annually. “The question is will it work as designed and advertised,” Levine said.

A second bill, the Prevent Impaired Driving Child Endangerment Act, would set criminal penalties nationwide for motorists convicted of driving while intoxicated or impaired with a child passenger. The measure would require every state to adopt bills similar to the 2010 Leandra’s Law in New York.

The bill would require drivers accused under the law be charged with a felony, punishable by up to 4 years in prison. Those convicted would have their license suspended unless an ignition interlock system is installed. The driver would also need to undergo mandatory substance-abuse treatment, while authorities would be required to report the incident to a state child-abuse registry. States that fail to comply with the law would lose a percentage of federal funding, the bill states.

The Distracted Driving Education Act of 2019 would create a $5 million competitive grant, awarded by the Department of Transportation, to nonprofit groups focused on preventing distracted driving.