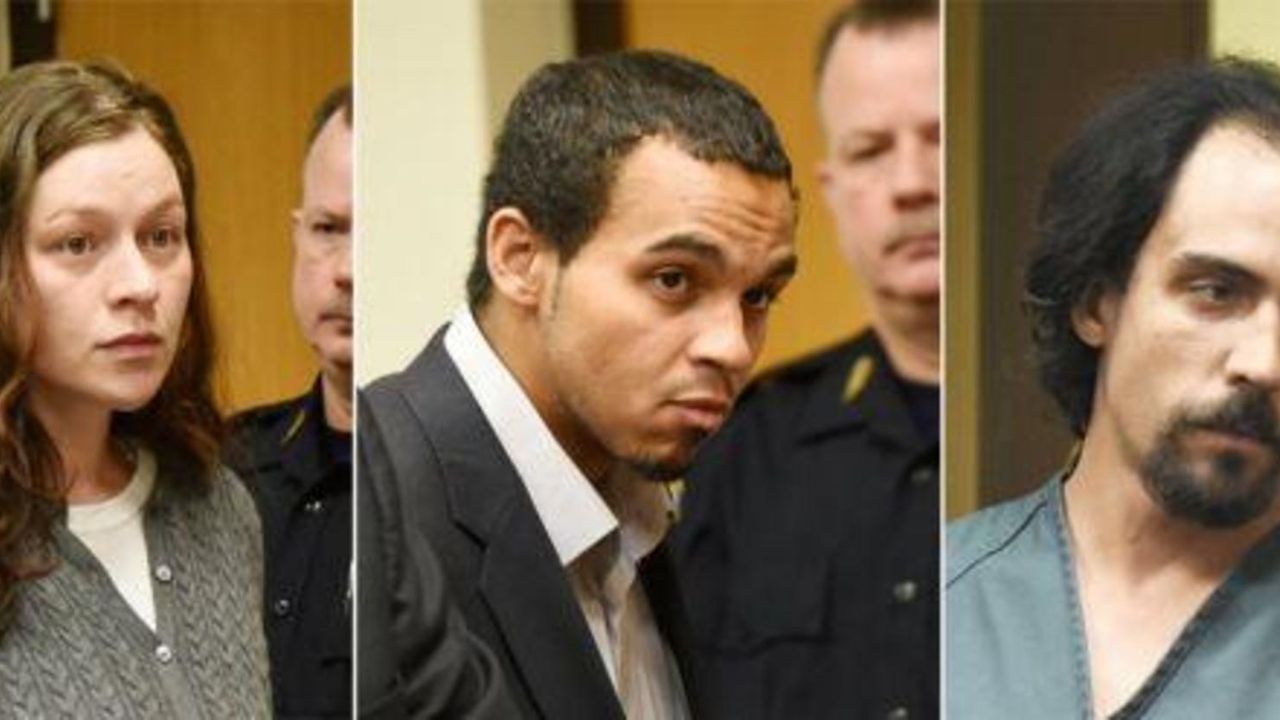 On Thursday, May 11, 2017, Julianna Pantaleone, Shane Cashmore and Paul Drab were arraigned before Judge Timothy Mazzei in Suffolk County Court in Riverhead. Police say Cashmore, a heroin addict from Ronkonkoma, robbed 18 Long Island businesses with a large knife in a crime spree that began in February. Cashmore, who was indicted on eight counts of first-degree robbery, and his alleged accomplices, all entered pleas of not guilty. They are to return to court on June 14.  Credit: News 12 Long Island

An admitted heroin addict who police say went on a 10-week crime spree in which he held up 18 Long Island businesses armed with a large knife or machete has confessed to investigators, a prosecutor said Thursday.

Shane Cashmore, 31, also identified himself in surveillance photos investigators showed to him after his arrest, according to James Chalifoux, the deputy bureau chief of the Suffolk district attorney’s major crimes bureau. Cashmore signed some of the photos, acknowledging that he is the person in the pictures, Chalifoux said.

“The defendant has admitted his guilt in all the eight crimes that are pending here in Suffolk County,” Chalifoux said. “He also admitted his guilt, it is my understanding, to the Nassau County Police Department regarding his involvement in the crimes committed there.”

Cashmore, wearing a dark suit, his hands cuffed behind his back, entered a not guilty plea during Thursday’s arraignment in Suffolk County Criminal Court in Riverhead before Judge Timothy Mazzei.

His attorney, Christopher Gioe, told the judge that prosecutors have not provided him with any evidence that suggests Cashmore was involved in the three-month crime spree, or that he had confessed to investigators.

Gioe said the surveillance photos show a masked person. “I don’t see how they identify him in any of those robberies,” he said.

Gioe asked the judge for leniency in setting bail, telling the judge that there were no injuries during the robberies. “Nobody was hurt,” he said.

But Mazzei rejected that request and set bail for Cashmore at $1 million cash or $2 million bond, as requested by Chalifoux.

Cashmore told reporters as he was escorted from the Suffolk police Second Precinct in Huntington last week that he was a heroin addict. When asked what he would say to the store clerks robbed during the crime spree, he told the media he would say he was sorry.

Gioe said he will challenge statements Cashmore made to the media while in police custody, but he acknowledged his client wrestles with substance abuse. He said Cashmore has been addicted to heroin “for a substantial amount of time.”

The attorney said Cashmore is receiving treatment for his addiction at the Yaphank correctional facility where he is being held.

A Suffolk County grand jury indictment charged Cashmore with eight counts of first-degree robbery, and a spokeswoman for Nassau County District Attorney Madeline Singas said prosecutors there will file charges against Cashmore in the 10 robberies committed there in a few weeks.

Cashmore’ s alleged accomplices, Paul Drab, 26, and Julianna Pantaleone, 31, both of Levittown, also entered not guilty pleas Thursday. Mazzei set bail for $500,000 in cash or $1 million bond for each. They each face one count of first-degree robbery in Suffolk and are expected to face additional charges in Nassau. 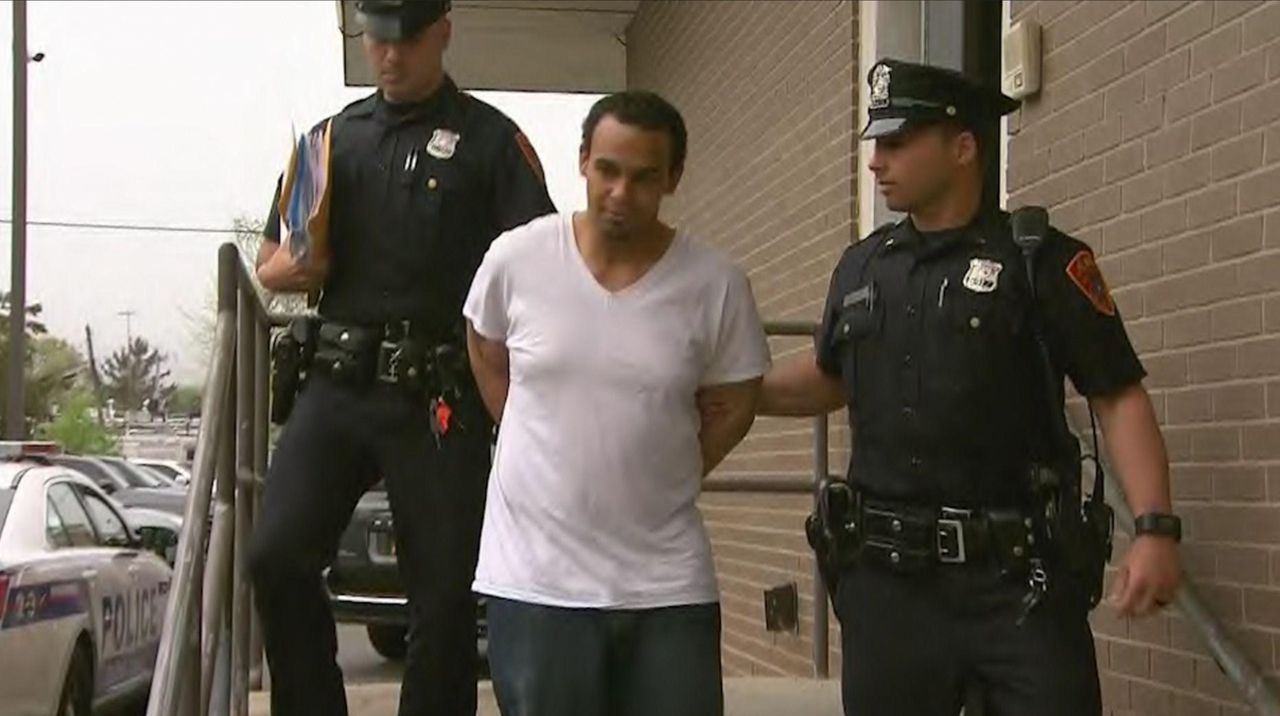 Serial knifepoint robber arrested, cops say Police in Nassau and Suffolk counties say they caught and arrested a suspect on Monday, May 1, 2017, in connection with a string of knifepoint robberies across Long Island since February. Shane Cashmore, 30, a homeless man with ties to Ronkonkoma, faces multiple counts of robbery in connection with the spree, which was fueled by drug addiction, police said Tuesday. Credit: Ed Betz; News 12 Long Island

Cashmore was arrested May 1 after the robbery of a Carvel in Huntington Station for what police said was his 18th heist or attempted heist. In all of the crimes, which began in mid-February, the robber covered his face and brandished either a machete or a large knife, police said.

LIRR: Man fatally struck by train near Greenlawn
1:16
'Relief, but not a celebration': LIers respond to Chauvin guilty verdict
2:08
Nassau police: Suspect in fatal Stop & Shop shooting captured
2:41
Closed-circuit cameras expanded to Suffolk stores on day of shooting
Health officials: Recreation safe for Nissequogue River in Kings Park
0:47
Calls for Schumer to do more to help citizenship efforts
Didn’t find what you were looking for?