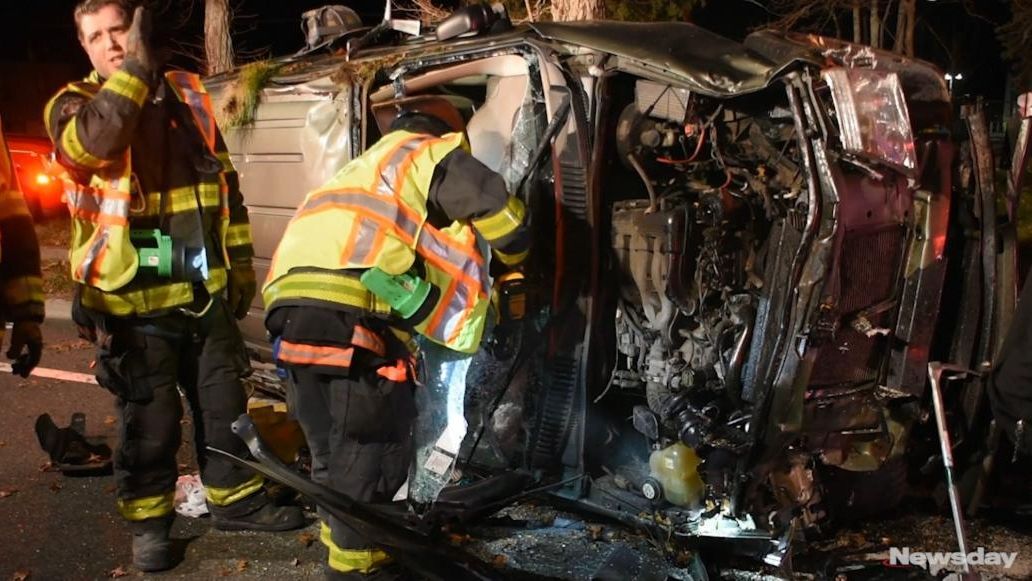 A mother driving drunk with her 10-month-old in her sport utility vehicle lost control and hit a truck and a tree before overturning on Thursday, Dec. 7, 2017, police said. Both escaped serious injury. Credit: Stringer News Service

A 10-month-old escaped serious injury when her drunken mother lost control of their sport utility vehicle in Coram, hit a pickup truck and a tree and overturned, police said.

The driver, Ludivia Jimenez, 33, of Central Islip, was awaiting arraignment Friday in First District Court in Central Islip on charges of driving while intoxicated and endangering the welfare of a child, Suffolk County police said.

The DWI charge is a felony under Leandra’s Law, which increases penalties for driving drunk with a passenger under 16 in the vehicle, police said.

Jimenez was southbound on Route 112 near Steven Place at midnight Thursday when she lost control of her 2004 Ford Explorer, police said.

The child and mother were taken to Stony Brook University Hospital for treatment of minor injuries, police said.

Detectives asked anyone with information about the crash to call the Sixth Squad at 631-854-8652.