A former emergency services worker admitted Thursday to killing an Adelphi University student in a Levittown hit-and-run that went from fender bender to life-ending tragedy when the driver dragged the victim and ran over her after she approached his pickup.

Daniel Coppolo pleaded guilty to manslaughter in Nassau County Court in a deal that will send him to prison for 5 to 15 years in the 2017 death of Taranjit Parmar.

Parmar was an honors student in her second year of Adelphi's dental program when she died just days before her 19th birthday, according to prosecutors.

Authorities said the Levittown woman was on the phone with her mother as she walked over to Coppolo's truck after their vehicles collided on Nov. 9, 2017, and as the pickup started to move, she yelled and grabbed on to it. She cried out, "Oh no, stop!" before the call disconnected, according to her family. 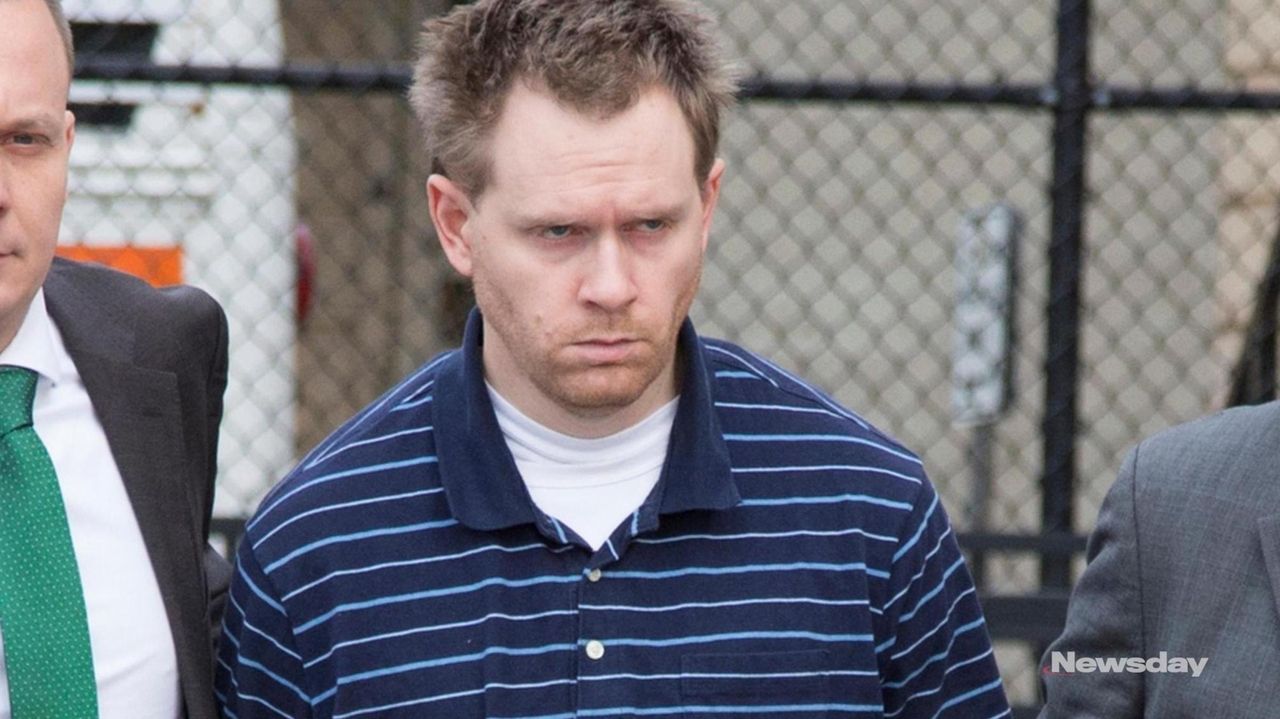 Former emergency services worker pleads guilty in fatal Levittown hit-and-run A former emergency services worker admitted Thursday to killing an Adelphi University student in a Levittown hit-and-run that went from fender-bender to life-ending tragedy when the driver dragged the victim and ran over her after she approached his pickup. Daniel Coppolo pleaded guilty to manslaughter in Nassau County Court in a deal that will send him to prison for 5 to 15 years in the 2017 death of Taranjit Parmar. Parmar was an honors student in her second year of Adelphi's dental program when she died just days before her 19th birthday, according to prosecutors. Credit: News 12 Long Island; Photo Credit: NCPD, Family photo, Howard Schnapp

Several members of Parmar's family were in court for Coppolo's plea Thursday, but later declined to comment.

Coppolo, 33, of Deer Park, has bipolar disorder and was on a psychiatric medical leave from his FDNY dispatcher job at the time of the crash, said his Mineola attorney, Lawrence Carrà.

Carrà withdrew notice of his client's intention to use an insanity defense at trial before Coppolo pleaded guilty to charges that also included leaving a fatal crash scene, tampering with physical evidence and robbery.

Authorities said Nassau police found Coppolo's red 2013 Toyota Tacoma in the Target parking lot in Westbury on Nov. 16, 2017, and also found evidence he had tried to repair the truck to conceal involvement in the initial collision.

By then, Coppolo already was in Nassau's jail on a robbery charge after his Nov. 13 arrest for threatening a Target employee with a knife after shoplifting a USB drive and a camping tool, according to authorities.

Detectives identified Coppolo as a suspect in Parmar's death through witness testimony, video from nearby cameras, tips and a records search focused on finding a red late-model pickup, according to police.

They got a court order to impound and search the Tacoma after identifying it by decals and lights on it, and arrested Coppolo on Dec. 23 after a relative had bailed him out on the robbery charge, authorities said.

The crash that ended Parmar's life happened on a late afternoon after a collision on Hempstead Turnpike between her 2018 Jeep Cherokee, which was heading east, and Coppolo's Tacoma, as he tried to turn onto the turnpike, police said.

The two motorists pulled into a parking lot near a gas station before Parmar got out of her Jeep and walked up to the Tacoma to exchange insurance information with Coppola, according to law enforcement officials.

Coppolo admitted Thursday that Parmar was holding onto his vehicle as he fled, and he drove over her after she fell under his pickup. He also said he left the scene and didn't contact the police before later trying to repair damage to his truck.

Prosecutors said civilian witnesses called 911, and paramedics took Parmar to a hospital, but she died that night.

"It's really incomprehensible that this young, beautiful woman … with such a promising life had her life stolen, taken from her, by this defendant over something so trivial," Nassau Executive Assistant District Attorney Maureen McCormick said Thursday. "When the family is ready to speak, theirs are the only words that will matter. But as we stand here, it's just a little hollow. Because nothing brings her back."

Carrà said after court that Coppolo becomes manic when skipping his medication — a state he said "really contributed" to his client's actions.

"Certainly if my client could, he'd like to turn back the hands of time," the defense attorney added. "He was not really in a right state of mind. That state of mind did not rise to the level of an insanity defense, but certainly provided the district attorney's office and the court and hopefully the family with a way of understanding how something as tragic and as sad as this could have happened."

The defense attorney said the FDNY had suspended Coppolo for erratic behavior months before the fatality and that his client's family had been trying to get him psychiatric help.

Carrà said Coppolo, who eventually was fired from his job and is "significantly remorseful" about Parmar's death, also maxed out his credit cards in the months before the crash — buying $40,000 in supplies to help Florida hurricane victims.

The judge set sentencing for June 17.