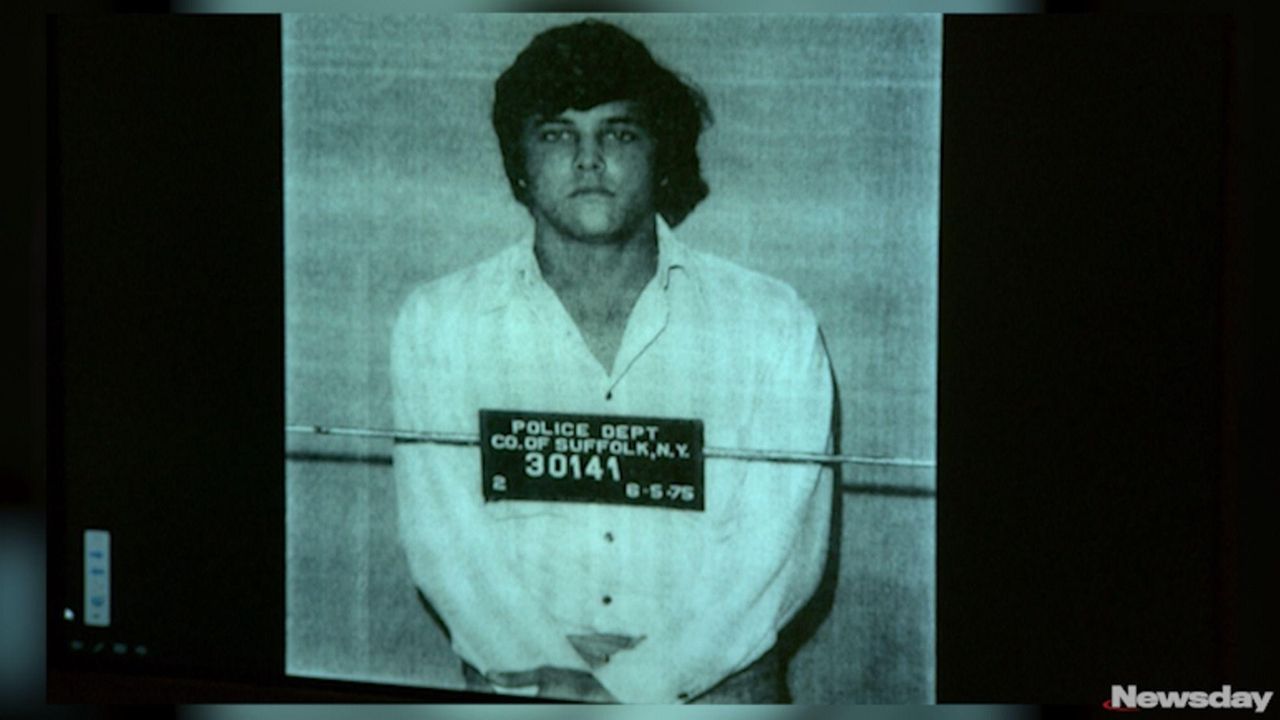 Todd Matus, 62, was arrested by Suffolk authorities on June 28, 2017, after the Flagstaff (Arizona) Police Department found that he was a fugitive who had been found guilty of rape and sodomy in December 1975 in Suffolk County. He fled New York State more than 40 years ago after being convicted and sentenced to 5 to 15 years in prison, but fled the state, Suffolk County Police Commissioner Timothy Sini said. Credit: News 12 Long Island

A man who fled New York more than 40 years ago after being convicted of rape and sodomy of a teenage girl has been arrested by Suffolk County police.

“In June 1975, then 21-year-old Todd Matus violently and brutally raped and sodomized an 18-year-old female in the woods in Dix Hills,” Sini said.

In Arizona, Matus assumed another person’s identity and lived under an alias for 41 years, Sini said.

“Thanks to work from the Social Security Administration, it was discovered the person whose alias Matus was using had died in 2005,” Sini said.

Matus was arrested last fall in Flagstaff and charged with forgery and identity theft. He was turned over to Suffolk County authorities after completing his sentence in Arizona.