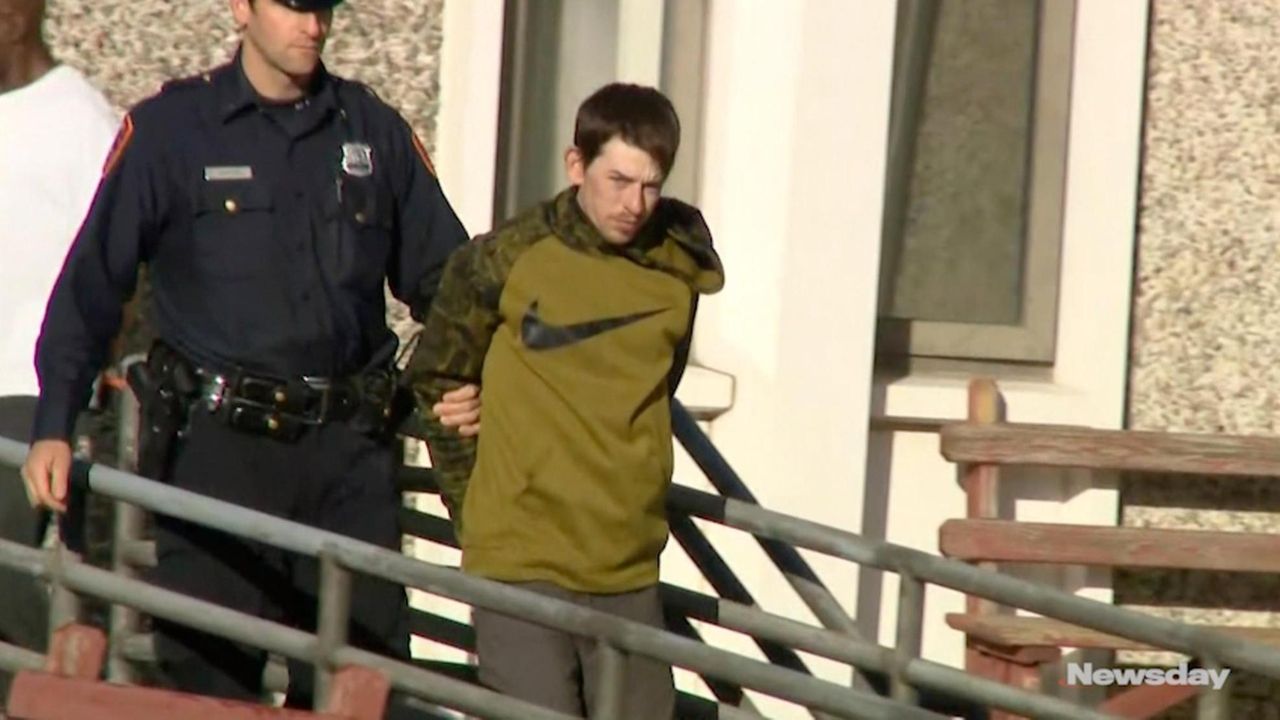 Keith Makowsky, 29, of Lindenhurst, who was accused of breaking into nine houses with the intent to commit a burglary, was arrested Tuesday and charged with burglaries and possession of stolen property, Suffolk County police said.  Credit: News 12 Long Island

A Lindenhurst man accused of breaking into nine houses, intending to commit burglaries, was arrested Tuesday and charged with burglary and possession of stolen property, Suffolk County police said.

Seven burglaries took place in Lindenhurst, one in Amityville and one in Kismet, the westernmost beach community on Fire Island, police said.

Makowsky was arrested on West Sunrise Highway in Lindenhurst about 1 p.m. after an investigation, police said.

He faces five counts of second-degree burglary, four of third-degree burglary and one of fourth-degree criminal possession of stolen property. Bail for Makowsky was set at $140,000 cash or $325,000 bond.

He is scheduled to return to court April 29, officials said.