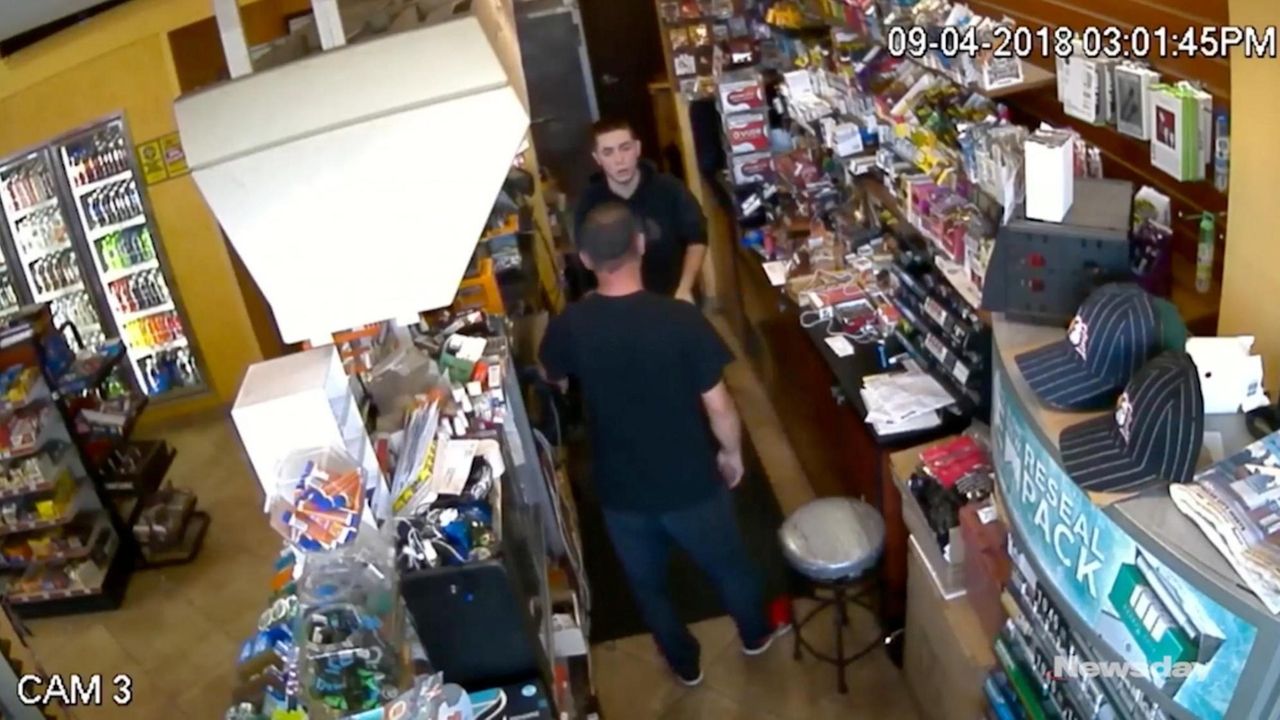 Police said a teenager from Amityville Harbor was arrested in connection with an attempted robbery at a gas station in Lindenhurst. Credit: SCPD

An Amityville Harbor teenager who attempted to rob a gas station in Lindenhurst at knifepoint earlier this month and fled after an employee swung a stool at him has been arrested, Suffolk County police said.

The employee refused to hand over the cash, police said, and Duffey tried to take money from the register.

“The employee then swung a metal stool at Duffey, who fled on foot with no proceeds,” police said.

On Tuesday morning, Suffolk County Crime Stoppers and police released surveillance video of the employee fending off a man that police said is Duffey.

Detectives from the First Squad arrested Duffey the same day and charged him with first-degree attempted robbery, police said.

Duffey was arraigned at First District Court in Central Islip on Wednesday. Bail was set at $35,000 bond or $15,000 cash, according to online court records.

Duffey is represented by the Legal Aid Society of Suffolk County, according to the court records. No one from that office could be reached Wednesday.