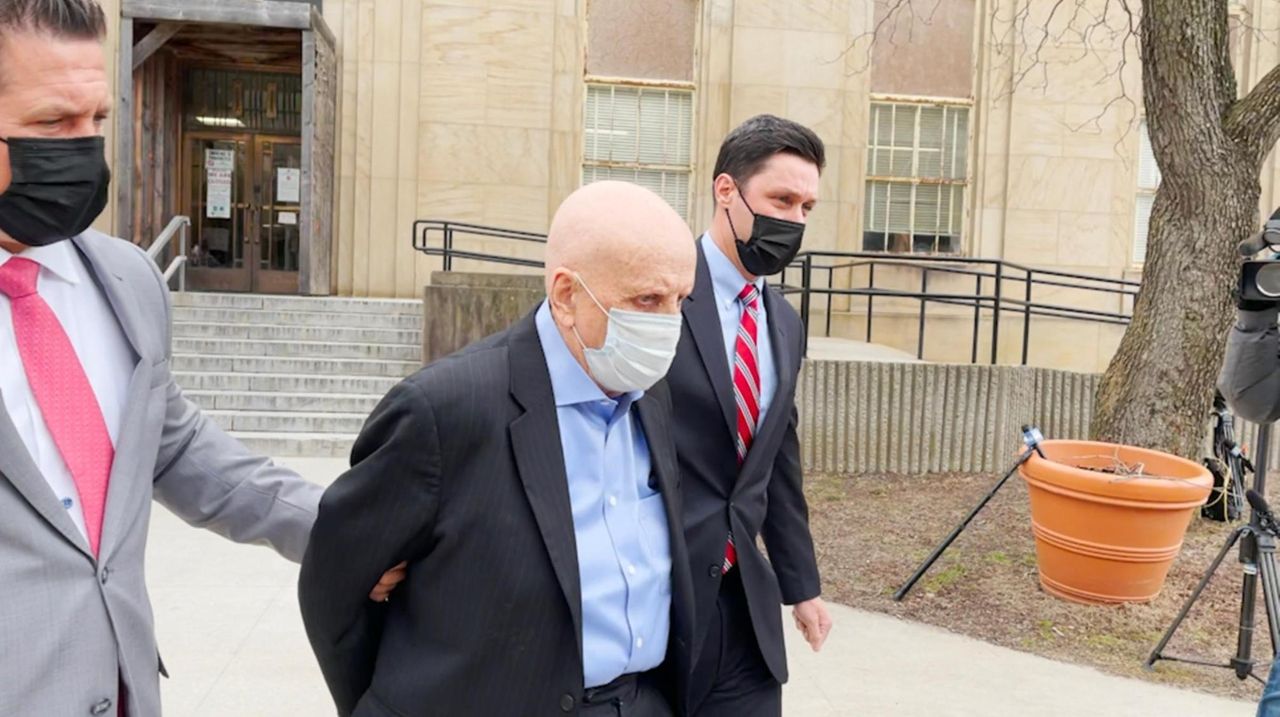 A Rockville Centre doctor who "callously" wrote tens of thousands of painkiller prescriptions for drug-addicted patients, five of whom later fatally overdosed, was charged Thursday with murder, prosecutors said.

George Blatti, 75, pleaded not guilty at his arraignment in Nassau Criminal Court to five counts of second-degree murder with depraved indifference in the deaths of patients between 2016 and 2018 — in what county prosecutors said was the first time a physician in the state has faced such a charge.

At a news conference following the arraignment, Nassau County District Attorney Madeline Singas called Blatti a "serial killer" who provided "shocking" quantities of opioids that served no medical purpose — often without an examination — and even to individuals he never met.

"This defendant's actions were extreme and depraved," Singas said. "He arrogantly and callously disregarded incessant warnings about his dangerous actions and that his prescription pad was as lethal as any murder weapon."

Brian Iula, a U.S. Drug Enforcement Administration special agent said: "This defendant in particular has shown that when faced with the Hippocratic oath he decided … to disregard."

Blatti, a general practitioner, was also charged with 11 counts of first-degree reckless endangerment involving the five fatalities and six other patients.

Defense attorney Jeffrey Groder said his client, who has prostate cancer, heart disease and chronic asthma, was not a flight risk. But Judge Francis Ricigliano held Blatti, who faces 25 years to life in prison if convicted of the top count, without bail.

"Whether the district attorney can prove depraved indifference murder under these facts is still an open question," Groder said.

Nassau prosecutors first charged Blatti in 2019 in a 54-count indictment with writing prescriptions for 1.8 million units of opioids, despite having no training in pain management. Those cases will now be merged.

Singas said Blatti showed no remorse for his crimes and told detectives following his 2019 arrest: "I am smarter than you. I am the doctor. I know what I am doing. I don't tell you how to be a detective. You don't tell me how to be a doctor."

Blatti, who surrendered his medical license in 2019, had a makeshift office in a shuttered Franklin Square Radio Shack, and later dispensed prescriptions in the parking lot of the Rockville Centre hotel where he lived and a nearby Dunkin’ shop, prosecutors said. He billed insurance and accepted cash for the drugs, charging $200 per prescription.

"I don't care if you're on the corner with a hoodie on … you dress like a pharmacist or a doctor," Ryder said. "We will spend the time and the effort to come after you and hunt you down."

Singas said Blatti was warned about his prescribing practices by insurance companies, pharmacists, state agencies, victim's family members and even three addicts who pleaded with the doctor to cut them off.

Blatti refused to change his methods "despite these drumbeats of warnings and desperate pleas," Singas said. " ... Despite unmistakable signs that the patients he was seeing were in the throes of addiction that was debilitating."

The victims ranged in ages from 31 to 55 years old and received thousands of pills that in combination put them at extreme risk of death, prosecutors said.

One victim, a volunteer firefighter, received 10,620 pills from Blatti over 40 months, eventually losing 50 pounds and suffering liver failure, prosecutors said. Blatti dispensed 35 pills to an electrician just days after that man suffered an overdose and developed pneumonia, officials said. And prosecutors said Blatti prescribed a victim nine times the recommended daily maximum dose of painkillers — and more than 10,000 pills in 30 months — before his death in 2017.

"These were mothers and fathers; daughters and sons; sisters and brothers; beloved family members who deserved quality care and deserved help in overcoming their addictions," Singas said. "Instead they received a death sentence from a drug pusher who was masquerading as a physician."

While other doctors have been convicted of felony manslaughter, this is believed to be the first time prosecutors in New York have charged a physician under the theory of depraved indifference to human life.

Jeffrey Reynolds, president and chief executive of Family and Children's Association in Mineola — an advocacy group — said as Long Island's opioid epidemic continues to reemerge, partially a product of the COVID-19 pandemic, law enforcement must stop the bad actors fueling the crisis. "Drug dealers who wear white coats should be prosecuted at least as aggressively as those who lurk in alleys wearing trench coats and probably even more so," Reynolds said, "given the trust patients and families place in them."