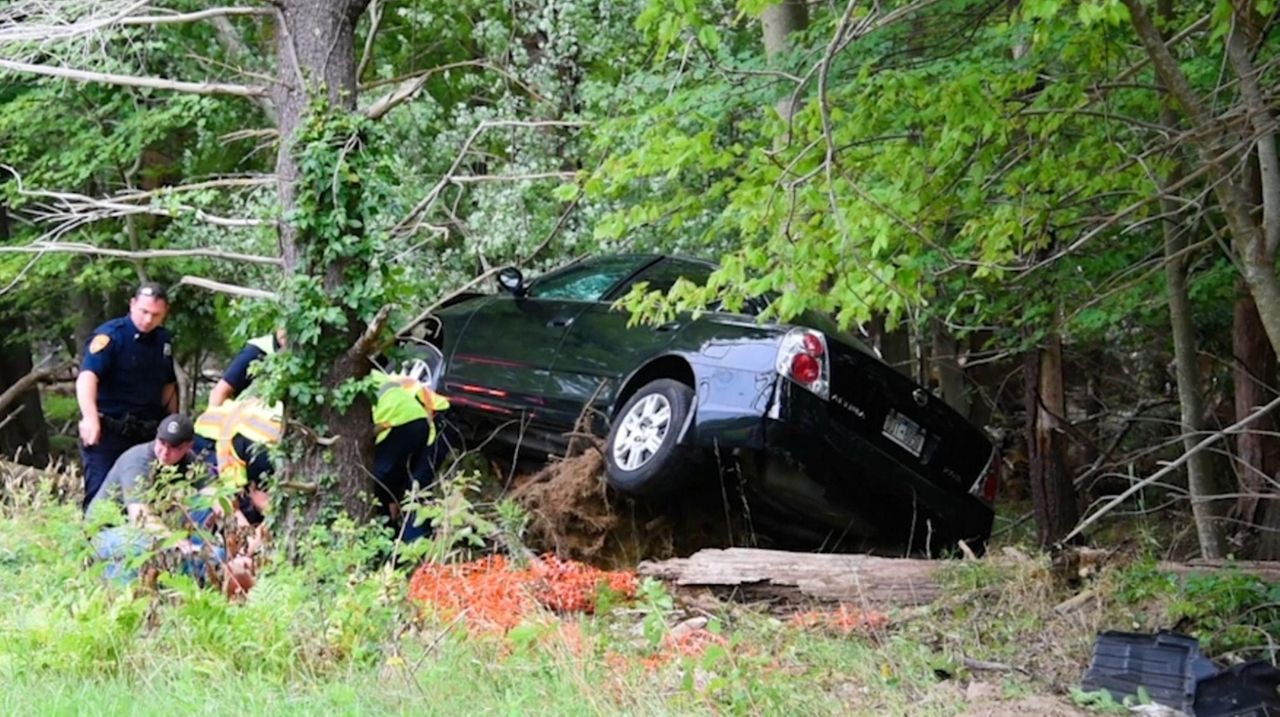 A Ridge man was charged Thursday night, July 20, 2017, in a case of road rage, a week after his reckless driving forced a 2006 Nissan Altima off the William Floyd Parkway, and its driver to the hospital with multiple injuries, authorities said.  Eyewitness Mario Sagastume, of Ridge,  captured cellphone footage of the incident on July 13, 2017. Credit: LI Hot Shots / Tom Lambui

Suffolk police charged a Ridge man late Thursday night in a case of road rage, one week after his reckless driving sent a another car careening into a thicket of trees off the William Floyd Parkway, and its driver to the hospital with multiple injuries, authorities said.

Robert Ferrara Jr., 19, who authorities said left the scene after the Ridge crash, was taken into custody just before 11 p.m. Thursday at the Seventh Precinct in Shirley, police said.

Ferrara was driving a 2015 Dodge Challenger north at about 5:15 p.m. July 13 when, for unknown reasons, he forced a 2006 Nissan Altima off the northbound parkway, police said.

The driver of the Altima, a 23-year-old man who was not identified, spent a week in the hospital after suffering a broken femur that required surgery and a hand injury, police said.

The man was released from the Stony Brook University Hospital on Thursday, police said.

He is scheduled to be arraigned at First District Court in Central Islip on Sept. 22, police said.

Forecast: Dry, sunny and cold through Wednesday
Official: Suffolk cops checking 'loud bang' off Lindenhurst
Another French bulldog reported stolen on LI
Up for a vote in Elmont: $52M bond calls for classroom upgrades
Supply-chain crisis leads to near-shortage of menorahs on Long Island
Two dead in North New Hyde Park car crash
Didn’t find what you were looking for?