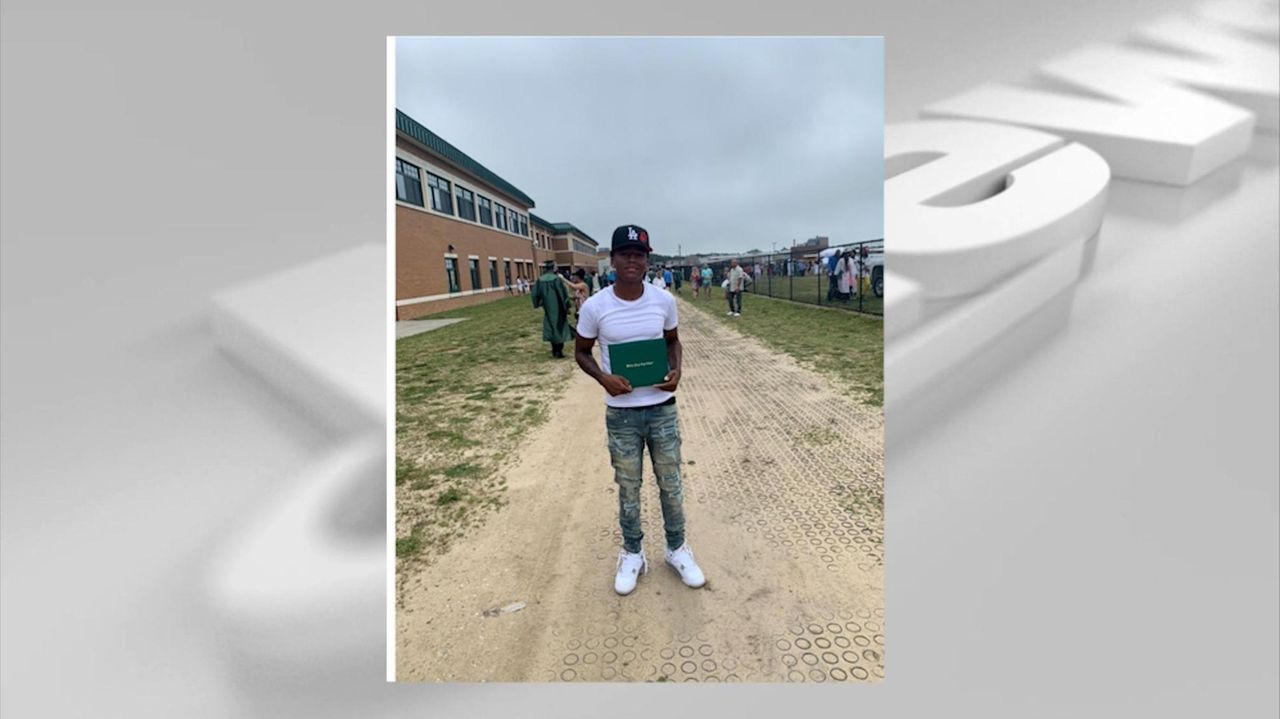 Lamarr Wooten, the father of 18-year-old Marcel Arrington, said Wednesday that his son was bright, smart and talented. Arrington was shot to death Tuesday night in Mastic Beach. No arrest has been made. Newsday's Cecilia Dowd has the story.  Credit: Kendall Rodriguez; Photo Credit: Lamarr Wooten

An 18-year-old Mastic Beach man found outside a hamlet home with a gunshot wound to the torso was later pronounced dead at a hospital, Suffolk police said Wednesday.

Officers from the 7th Precinct responded about 9:15 p.m. Tuesday to a call of a male shot on Bayview Drive, Suffolk police Det. Lt. Kevin Beyrer said.

When they arrived, officers found the victim, Marcel Arrington, outside a home, police said. Arrington was taken to Long Island Community Hospital in East Patchogue where he was pronounced dead.

Beyrer said investigators believe the victim was targeted for attack but they provided no additional information on possible suspects or a motive.

"We believe that our victim met with the people that shot him," Beyrer said. "There was one person doing the shooting. … There might have been more than one person at the scene, we don't know that for sure, but only one person shot him."

Arrington's father, Lamarr Wooten, said his son graduated from high school in June and had a masonry job. Arrington had saved him money and put it all into his "prize car," Wooten said.

"He bought a car, the shell for like 400. He bought a motor. He paid a mechanic … and he did it all on his own. Buying the parts and everything and I was about to put it on the road for him," Wooten said of his only child. "He's driven. Whatever he wanted to do he really did."

Wooten said he plans to finish up his son's car project.

"[Arrington] was just somebody that cared about people," Wooten said, adding about the fatal shooting of his son, "sometimes it happens to people that, you know, don't really deserve it."