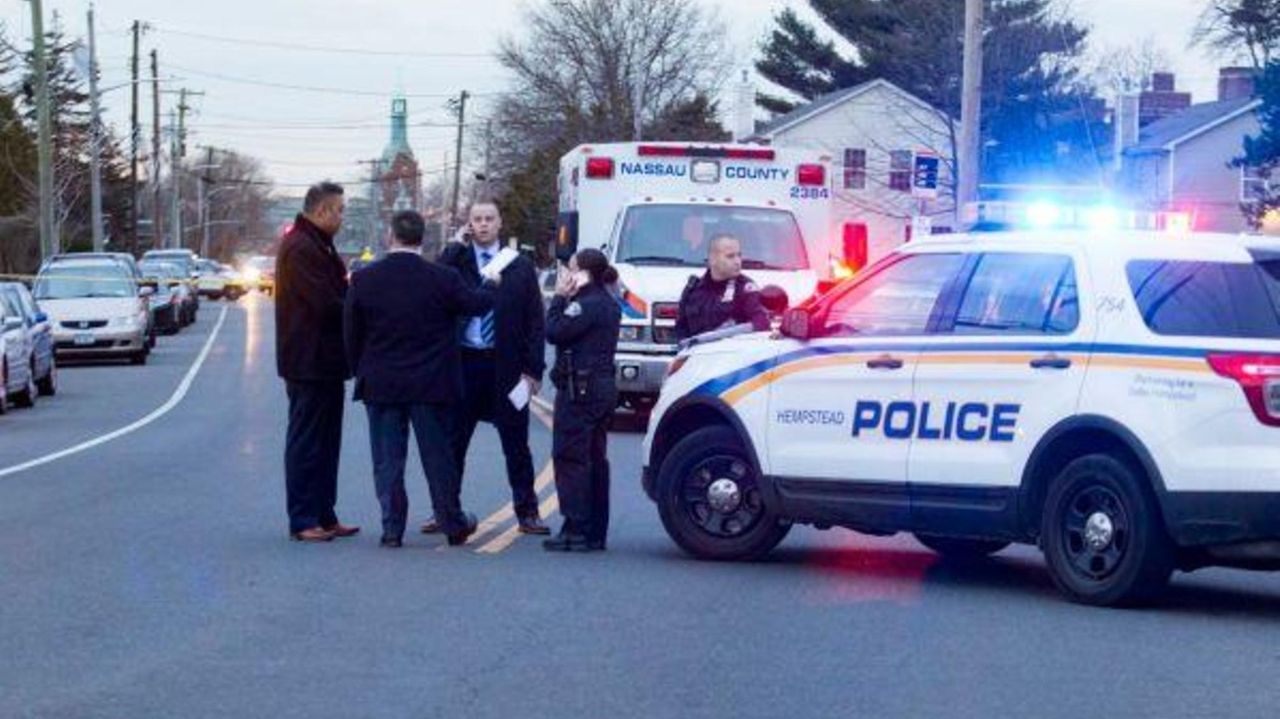 A man in his 30s was shot in the head Monday night, March 20, 2017 in Hempstead Village, and police are looking for the shooter. Gunfire broke out about 6:15 p.m. at Hendrickson Avenue and Front Street, Hempstead Village police said. The suspect appears to have fled on foot, police said. Credit: Jim Staubitser

The man who died after being shot on the street Monday night in Hempstead was a resident of the village, authorities said.

Nelson Rodriguez, 37, was identified by police Tuesday as the victim.

LeBrun said the victim was targeted, but he added that it was too early to tell whether the shooting was gang-related.

Hempstead Village police said the victim was hit twice, in the head and the back.

No one has been arrested, and other details, including description of the shooter, were not available.

Police ask anyone with information to call Nassau County Crime Stoppers at 800-244-TIPS.