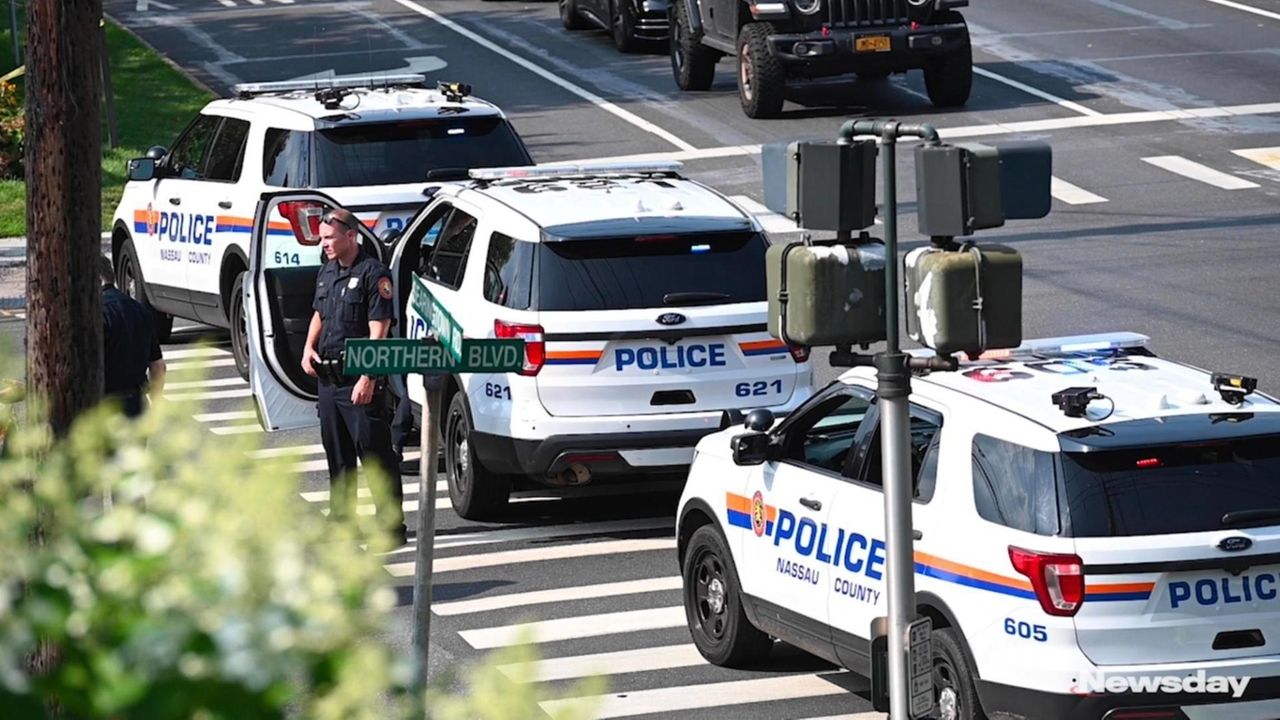 A Queens man has been arrested after he brandished a handgun during a dispute with another man who had fired several rounds at him but missed, according to the Nassau County Police Department.

No one was hurt in the altercation, which happened outside the Americana Manhasset, according to a news release from Officer Tara Ortiz, a department spokeswoman.

The shooter remains at large; the Queens man is Yuri Oluh, 21, of Jamaica, according to a criminal complaint filed Sunday in court, where he was arraigned.

He is charged with three felony counts of criminal possession of a weapon, allegedly a .22 Magnum revolver, according to the complaint, released later Sunday by district attorney's office spokeswoman Miriam Sholder.

Charges allege that he illegally possessed the weapon, had it loaded outside the home, and that its serial number was illegally concealed.

At Sunday's arraignment, Oluh was ordered jailed on $50,000 bail, Sholder said. The case is back in court on Friday, she said. It was not immediately clear whether the bail had been posted.

Sholder said Oluh was represented by Diane Clark of the Legal Aid Society. The society's policy is not to comment to the press concerning arraignments.

The shooting happened at about 1:15 p.m. in front of 1980 Northern Blvd., near the mall, acording to Ortiz's release. Oluh was found nearby, at Searingtown Road and Northern Boulevard, the release said.

The weapon was found in the men's bathroom down the street at the Benihana hibachi restaurant, according to the complaint, which says evidence includes video surveillance and an "oral statement" to county police Det. Larry Brue admitting to possessing the revolver.

The mall is a landscaped destination for Gucci, Louis Vuitton, Hermès, Burberry, Ferragamo and more.

CORRECTION: A previous version of this story misstated Yuri Oluh's role in the incident.